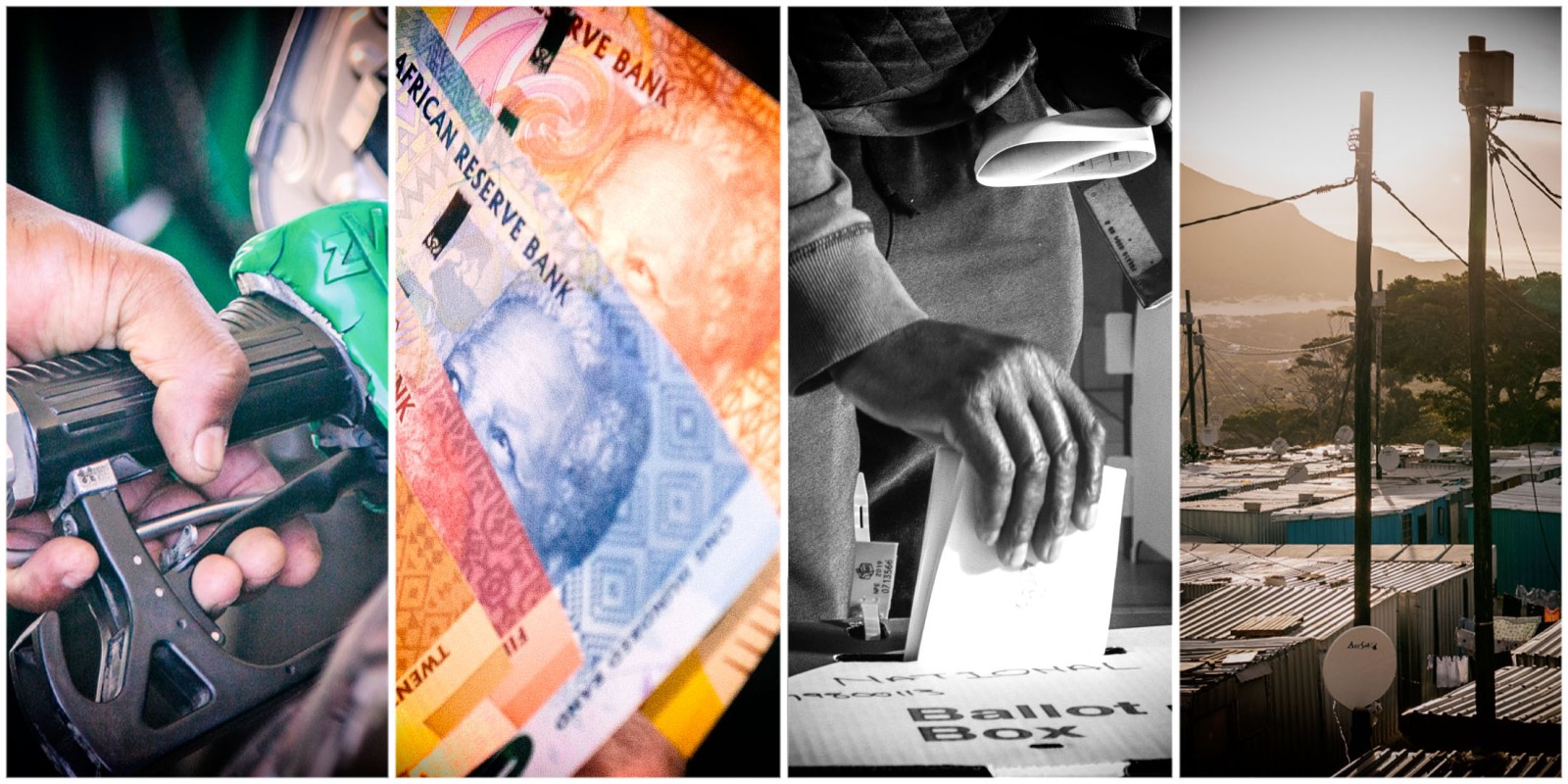 A series of developments about to drive up the cost of living for everyone in South Africa may have serious political consequences — throughout history, a decline in living standards has often led to challenges to power, including threats to democracy itself.

At this point, it is important to determine which economic factors are in the control of the government, and which are not. Additionally, it is rather instructive to understand which calamities were forced upon us by the ANC itself.

What is particularly interesting about these developments is that they will have a direct bearing on what might be described as the one-third of our society who have a political voice. In other words, while life is getting worse than it was for the poor majority, those who are in the middle class and politically active also see their interests under extraordinary threat.

There are signs that the ANC does not understand this reality.

In the past few weeks, the petrol price has risen again, to a record high of more than R21 a litre.

Eskom has been granted permission to put up the price of the electricity it supplies by nearly 10%.

Meanwhile, food prices have again started to shoot up faster than inflation.

All of this comes on top of the cumulative impact of shrinking incomes and ever-increasing hunger.

Before the pandemic, in 2017, about 6.8 million South Africans felt hunger at some point in the year. During the pandemic, that number sky-rocketed to as many as 10 million. While it is difficult to determine an accurate figure at any time, it is clear that there are millions of people in our country who do not know where their next meal will come from, or when; even more debilitatingly, they are often unable to ensure their children have a nutritious meal.

Now, it appears that those with little or no money will face even more obstacles.

This could be a good moment to determine what the government can control and what it cannot.

It is clear that the government has very little control over the price of fuel. While Finance Minister Enoch Godongwana has said there will now be a review of the fuel price formula, it is still the case that his ability to manoeuvre is rooted in the fact that less than half of what is paid for petrol goes to the Road Accident Fund, other administered costs and tax.

The global oil price and the rand/dollar exchange rate dictate the movement of the petrol price and the very best that the state can do is to try to soften the blow to ordinary people.

Oil prices have risen dramatically since the beginning of the end of pandemic and then rose further still after Russia’s invasion of Ukraine. They are likely to continue that trajectory, which will have an impact on everything.

Even changing the fuel price formula will not make much impact. The tax gathered from the current system cannot be easily replaced. And the Road Accident Fund still has to be funded somehow.

Even food prices are out of the government’s control.

While our farmers have had boom years recently because of good rains (and some damage from too much heavy rain) from the La Niña effect, the price of food is set in dollars on international markets. This dollarisation means that even if farmers produce more than in previous years, the shortage of produce from Ukraine and Russia because of the war means that the price of food goes up.

Even without the war in Ukraine, some food prices would have risen anyway because of the La Niña effect.

Electricity prices are also out of the government’s control. The decision to raise prices is made by the independent regulator, Nersa, and it granted Eskom only half of what it had asked for. Even then there is a risk that we may have to pay substantially more in the coming years as a result of this period, depending on how much will turn out to be a shortfall.

However, it could perhaps be argued that the reason power prices are going up so dramatically now is that the ANC has mismanaged Eskom and allowed people to loot it for so many years.

All of this suggests that the government has few options remaining to counter most of the factors that are leading to the rise in the cost of living.

It would be difficult, and perhaps foolish, for example, to introduce price controls or try to subsidise the price of some foods. Attempts to do this in other countries have often led to many unintended consequences, including hoarding, on-selling and smuggling.

This means that possibly the best option still is to provide income support. This is why a basic income grant has such power. It is the one bigger-picture, bold and controversial option that can address the growing problem head-on.

While life has been unaffordable for millions of people for many years, there is some evidence to suggest that many of these same people have not been politically active. While they may or may not vote, they are not able to have a loud political voice and express their dissatisfaction with the ANC government’s performance.

As Professor Steven Friedman has pointed out many times, we are a nation of insiders and outsiders, and most of our people are still “outside”.

This means that there could be important repercussions for the time when living costs go up and living standards shrink.

Any basic political doctrine would say it is important for the government, and the ANC in particular, to show that it understands the difficulties and to provide sympathy, support and whatever solutions it can muster. Tone, empathy and compassion are important in this process.

However inadvisable, there are already signs that the ANC’s leadership is focused on other things.

One example of this may be the government’s R50-million donation to Cuba, justifying the need because of the long-standing US sanctions against that island.

While R50-million may not appear to be very much money, during a time when people are likely to be poorer and more desperate it still has the power to signal the ANC’s lack of feelings for their own people’s pain.

Worse, it suggests that their priorities are elsewhere and do not lie with voters.

In the coming months, it may be that there will be votes available to political parties that understand the pain of higher living costs and are able to empathise with voters.

Some will do this in constructive ways, others may resort to crude populism, claiming that the only solution is through a violent uprising (rising food prices played a role in the French Revolution).

And it may be that the one third of our society that has a voice in our politics starts to raise it, as their interests are now threatened.

However, it should be remembered that this dynamic of rising living costs is being felt in many places.

In the US, President Joe Biden is under pressure from rising inflation. In the UK, The Economist warned that people in that country were about to go through the biggest-yet rise in the cost of living. That was before Russia invaded Ukraine.

All of this suggests that politics in democracies, including ours, could well be dominated by this issue in the near to medium-term future. DM