Answer to the how and why of July riots is ‘blowing in the wind’, says defence force chief 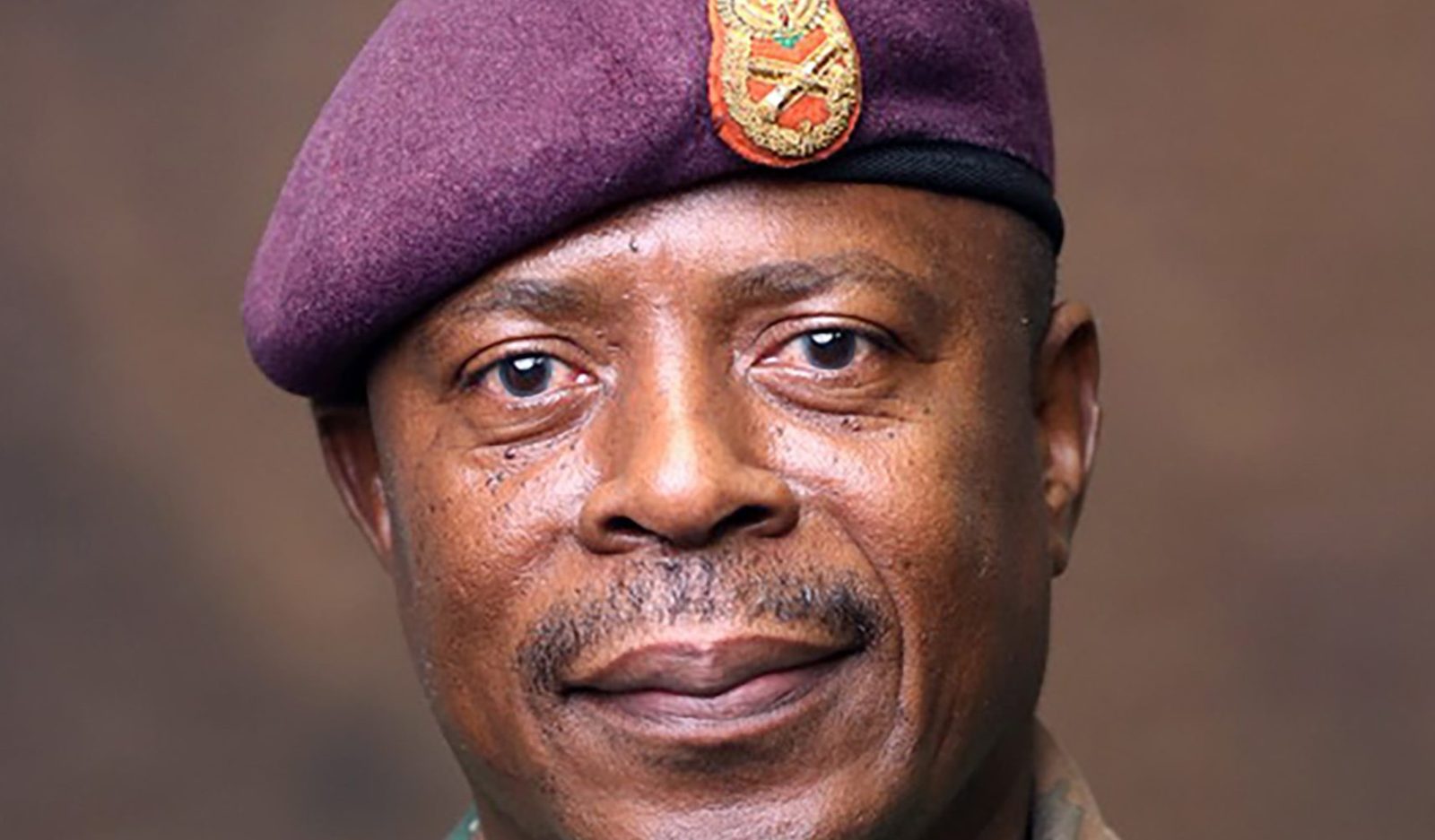 ‘Let those who are supposed to provide the answer provide it; the defence force is ready to defend the country,’ SANDF chief General Rudzani Maphwanya told the SA Human Rights Commission.

The chief of the South African National Defence Force (SANDF) said on Tuesday night that it was not his place to categorise the July 2021 unrest as an attempted insurrection, or anything else for that matter.

General Rudzani Maphwanya told the South African Human Rights Commission (SAHRC) the riots were “unprecedented” and if the military was again needed to defend the country from a similar occurrence, it was ready.

“You will think it is unfair [of me] not to make a pronouncement. The country was burning, and that is why we were called in. How, why… the answer is blowing in the wind. Why it was burning, how it started burning, we said let those that [work in that sphere do the investigations].

“Let those who are supposed to provide the answer provide it; the defence force is ready to defend the country.”

Having finished its three-week hearings in KwaZulu-Natal last year, the commission in February set up in Johannesburg to conclude its probe into the devastating riots, which left more than 300 people dead — the vast majority of them in KwaZulu-Natal and who were killed while scrambling to steal looted goods — and stripped the national fiscus of more than R50-billion.

Commissioner Andre Gaum asked if Maphwanya was privy to any early-warning intelligence reports on the unrest, given that the SANDF had a representative on the National Joint Operational and Intelligence Structure (NatJoints).

Maphwanya said it would not be “helpful” to get involved in finger-pointing around the issue.

While Police Minister Bheki Cele and several politicians have testified that no early-warning intelligence reports were forthcoming, the then State Security Agency (SSA) minister, Ayanda Dlodlo, during her testimony last week labelled the allegations “theatrics” and insisted there was a stream of reports before and throughout the riots.

The general said he “really couldn’t vouch whether any entity of SSA had presented to NatJoints, or whether there was any intelligence that was shared by any other principal”, and then added: “Intelligence is disseminated on a need-to-know basis. It might have been shared with those who needed to know.

“The former SSA minister was the one who had the competency to respond. I also can’t vouch for the denial of the police to say they hadn’t received it. We [the SANDF] shouldn’t actually get in the mix of that. If I was to say anything it would be hearsay. It was the minister who had the audacity to say, ‘My spooks provided the intelligence to the structures.’ ”

Maphwanya started his testimony with a stern face, but as the session neared its end, he was tapping his pen on the desk and frequently appeared to be trying to stop himself from doodling.

The unrest started on 8 July, the first night of former president Jacob Zuma’s incarceration, the result of him being found in contempt of a Constitutional Court order that he appear before the State Capture Commission.

By the time the defence force was eventually deployed, communities across KwaZulu-Natal, in particular, had witnessed the barricading of national and other roads, the burning of trucks and cars and widespread looting.

Frequent calls were made in public by exhausted and terrified residents for the deployment of the defence force, as the “overwhelmed” and under-resourced police had mostly retreated into their local stations. In some cases, local police were asking impromptu community patrol groups to protect them because they had run out of rubber bullets and were fearful of being targeted by the rioters.

While the majority of the communities did not see any army presence for the duration of the unrest, Maphwanya was adamant that there were “boots on the ground” by 12 July.

“We kept on beefing up [deployment numbers] as the situation was proving to be untenable. The initial request from police was for us to look after national key points so they could focus on the unrest.”

The number of soldiers deployed would be commensurate to the task at hand, he said, with 2,500 members at first being deployed.

“When we initially deployed the 2,500 the main thrust was for both KZN and Gauteng. We identified the key points and deployed to there. The numbers were increased immediately as we realised the situation was getting out of hand.

“We had to prepare another presidential minute. At first, we settled for 10,000 then realised, no… we then started pulling down more and more assets to quell the situation. By that time we had put [in] the presidential minutes for up to 25,000. That is when we started rolling most of our equipment from central points. Some went to KZN to unblock the N3, the rest went to Gauteng.”

Even at the peak of the defence force’s involvement, the total number of troops in both provinces did not exceed 22,500, said Maphwanya.

He said the commission should be “wary of trying to pitch everything in terms of numbers.

“When and so required we had to bolster [our numbers]. Some members had to shift between KZN and Gauteng. We were mandated to deploy not more than 25,000. We deployed according to the threat assessment… It will be misleading if we try to crunch numbers. When you deploy, you have to go back to the portfolio committee and justify any resources that will be used.”

Asked why the Gauteng premier had said that to his knowledge only 500 troops had been deployed in the province, the general answered: “I wouldn’t really like to comment on a statement made by the premier of Gauteng, but I take it basically that 500 is an understatement… I don’t have the background as to why the figure 500 [was mentioned by the premier]. Maybe it was 500 of a particular area, I am not privy to that information. The number 500 for me, it baffles me.”

The army had first been deployed as a deterrent, he said, “so that our people felt safe and secure, and the unrest came to an end”. The “shock impact” of one man driving a Ratel armoured vehicle was enough to dissuade bad behaviour, he added.

The defence force had been deployed for three months, at the request of the police, but had been open for extension should the situation not be calmed. There were no reports during the unrest of SANDF members firing at protesters, he said. The army was deployed specifically to support the police.

The commission’s evidence leaders broached the possibility of soldiers carrying rubber bullets, as minimum force, instead of live ammunition when deployed inside the country. The general baulked at this, saying it was “never going to happen”.  Minimum force would be defined in relation to the threat, he said.