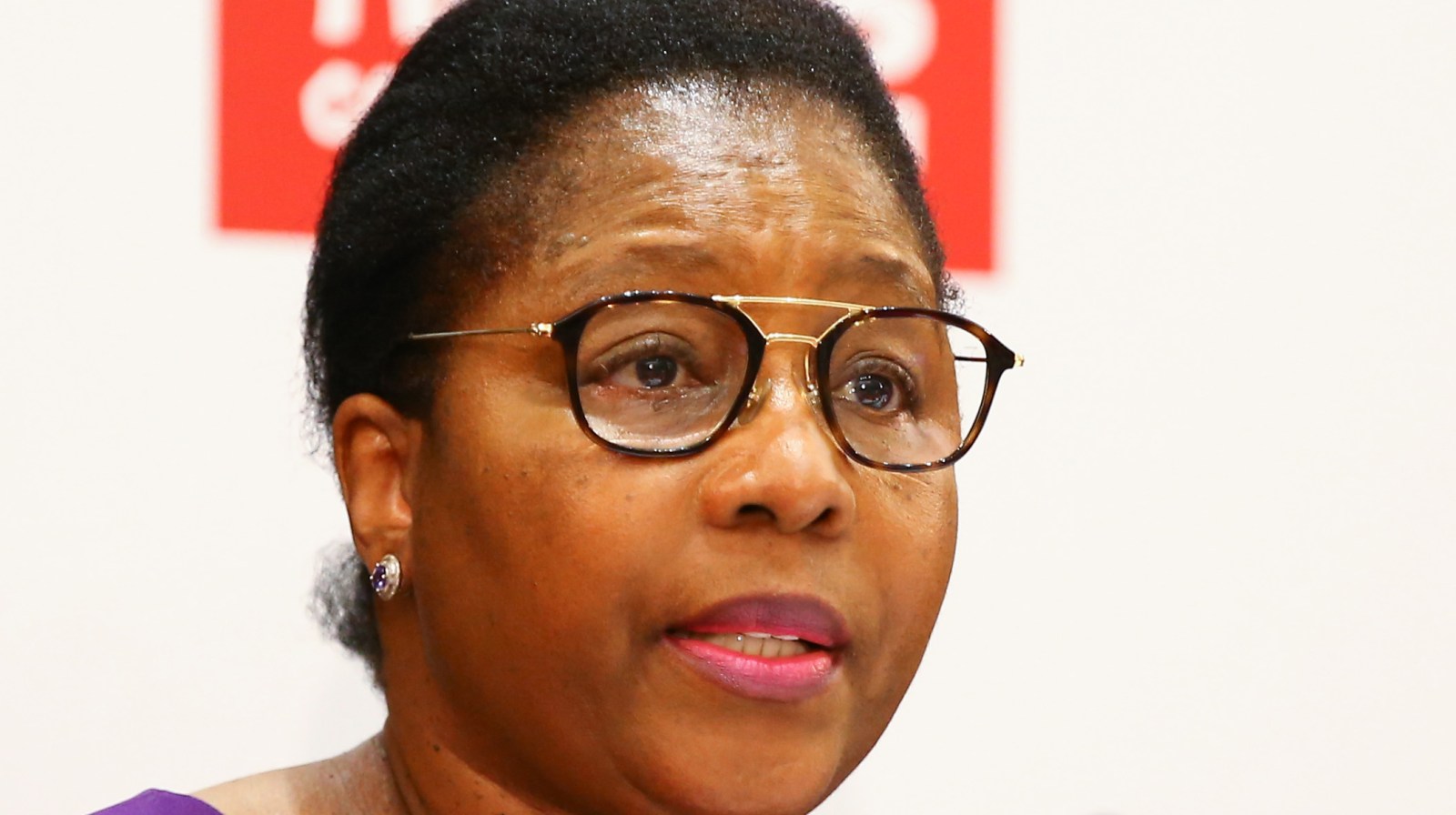 Testifying at the SA Human Rights Commission hearings on the July 2021 riots, former state security minister Ayanda Dlodlo described a fit-for-purpose State Security Agency. She said anyone who had expected her to share intelligence reports was ‘dreaming in colour’.

Like those in authority who have testified before her at the South African Human Rights Commission (SAHRC) probe into the July 2021 civil unrest, former state security minister Ayanda Dlodlo on Tuesday evening appeared to casually wash her hands of any intelligence failures in the lead-up to the eight days of riots and looting that gutted the KwaZulu-Natal economy, and to a lesser extent Gauteng, and left well over 300 people dead.

During testimony that lasted for about four hours, Dlodlo painted a picture of a fit-for-purpose State Security Agency (SSA) manned by diligent and efficient staff who worked tirelessly to provide high-value intelligence to “clients”. What those clients did with the information, she said, was not her business, or that of the agency.

She also brushed away criticism – from Police Minister Bheki Cele on Monday, and by KZN Premier Sihle Zikalala last year during the hearings – that there were no early-warning intelligence reports from the SSA leading up to the violence.

With poorly disguised condescension, she said that the agency had indeed forewarned the police, ministers and NatJoints of impending civil unrest in Gauteng and KZN from as early as December 2020.

“These intelligence briefings and alerts were provided to the SA Police Service before and during the unrest. But I might also clarify it was not only to the SAPS but to NatJoints, which is chaired by SAPS and co-chaired by SSA and the Department of Defence.

“I need to record that the intelligence reports and alerts that I refer to in my submission are not in my possession and they are classified. I do not have the authority to declassify any documents as they are in the possession and under direct control of the acting director-general of SSA,” said Dlodlo.

Earlier in her testimony, she stated: “[I]f my colleagues did not get updates from their own departments, I can hardly be held accountable and responsible [for that].”

Without going into detail, Dlodlo said that between May 2021 and the start of the riots, the agency issued “some red alerts, some yellow and some orange. All of these go to the structures I have mentioned here to enable them to plan. So [the SSA, when I was still there] did warn about growing instability that undermined the authority of the state.”

On 22 January 2021, said Dlodlo, a red alert was issued because of WhatsApp messages “in certain groups” that were trying to mobilise for a shutdown of KZN with a demand that President Cyril Ramaphosa step down.

“The SSA recommended that SAPS maintain a visible presence on major highways to prevent any disruptions. The alert was given to the President and NatJoints.

“Between March and July 2021, we issued 11 alerts,” said Dlodlo, implying that these were all orange.

“They had to do with the Constitutional Court issue that related to former president Jacob Zuma where permission to protest had not been granted by the [Joburg metro police]. We recommended in that orange alert more visible policing. So, the Jacob Zuma issue around the Constitutional Court did not start when the former president was convicted,” she said.

“On 29 April 2021, we issued another orange alert on a planned national shutdown scheduled from 3 to 7 May 2021. We warned the shutdown would target national highways, particularly in KZN and Gauteng. So, by then you should have seen that there was a pattern that was evolving. Whether or not you got intelligence at some point, was beside the point. The information that we proffered was designed to assist the police to determine a modus operandi… The rest is history.”

For some unexplained reason, Dlodlo obviously deemed this information – which was all publicly available at the time via social media – highly sensitive, because she told the commissioners she had chosen to share it “to assure South Africans that at the SSA, we have got hard-working men and women.

“Disregard what has happened, and what might continue to happen even now; the fact of the matter is that we have hard-working individuals in that institution. And I wouldn’t want South Africans to come out of all of this thinking that they are not safe [and] that we will not be able to quell possible threats to their lives and livelihoods. There was work done. Could we have done better? The answer is always a resounding yes.”

She said that anyone – and here possibly taking a swipe at Cele – who was expecting to get a report “directly from me” was “dreaming, and dreaming in colour”. The report would have come from the SSA, she said.

Later, upon questioning from evidence leader advocate Yanela Ntloko, Dlodlo said: “There was never going to be a time when I gave Cele a report. It is very clear that there are structures that receive these reports and throughout this process I have had no business in giving reports. The same is to be said for the premier in KZN. In the meetings, his departments were represented.

“Even the now Speaker of Parliament explained to Minister Cele that these are operational reports and Ayanda would not have given you these reports. The reports would have gone from the agency, not my office. The people who were meant to give Cele the reports were his own people, the police.”

Responding to criticism levelled at the agency (the same criticism has been made of the police) for using social media posts to gather “intelligence”, Dlodlo said that such “forms part of open-source [intelligence gathering]”.

Dlodlo was shifted from the agency shortly after the unrest and now enjoys a ministerial position in the Public Service and Administration portfolio. DM