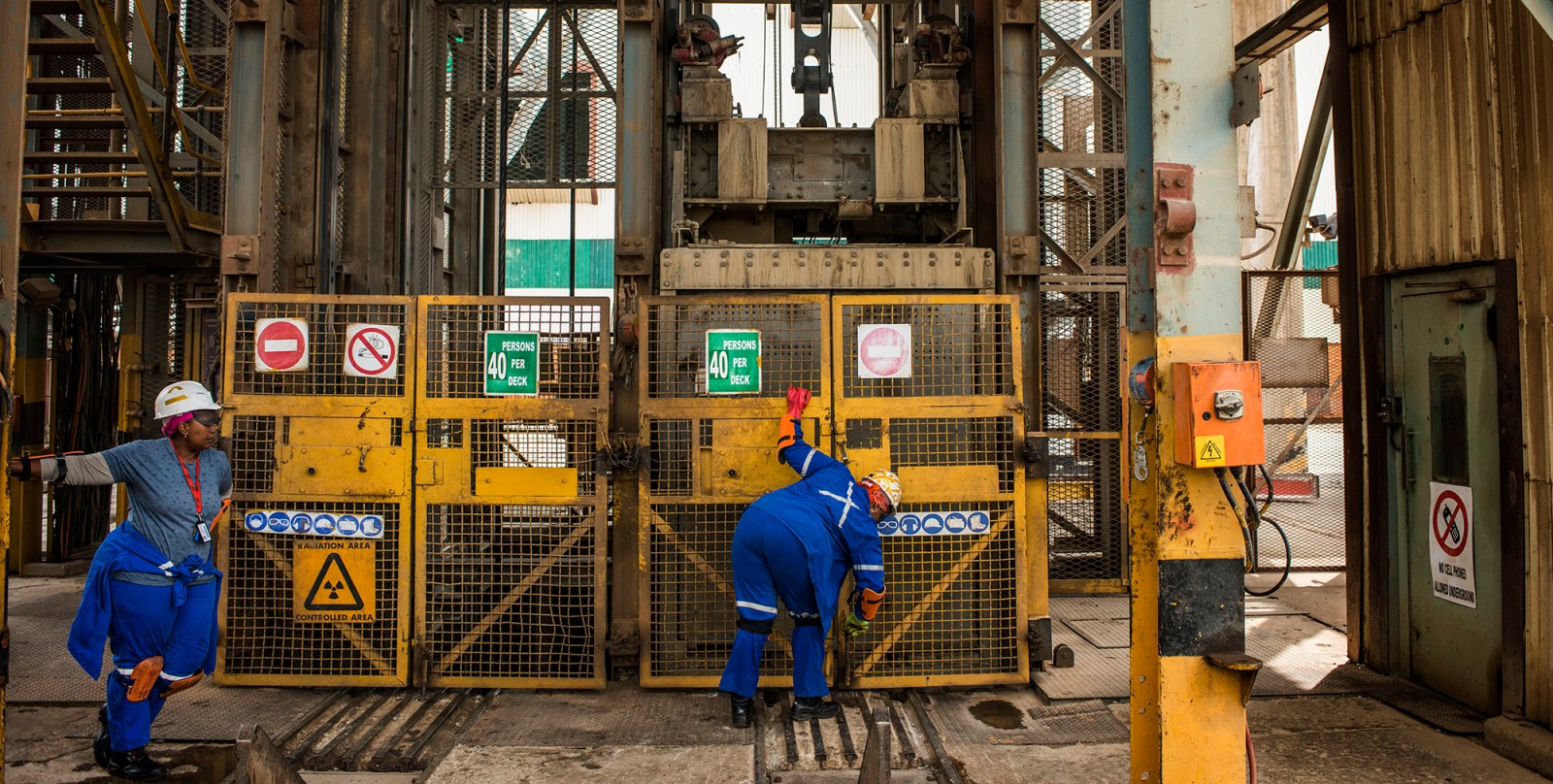 Mine workers secure elevator safety gates at the entrance to the mine shaft at Harmony Gold's Doornkop mine west of Johannesburg, South Africa, on 20 October 2015. (Photo: Waldo Swiegers / Bloomberg via Getty Images)

Harmony Gold said on Monday that its interim earnings had tanked in the face of lower prices, safety stoppages in South Africa and ‘geotechnical issues’ at its Hidden Valley Mine in Papua New Guinea.

Harmony Gold’s net profit for the six months to December 2021 fell 69% to R1.4-billion, the company said, despite a 4% rise in production. The company declared an interim dividend of 40 cents per share, less than half of the 110 cents per share it paid out this time last year.

In the six months under review, seven Harmony employees were killed on the job at the company’s mines, compared with six in the same period in 2020.

For the sector as a whole, the numbers were worse: as of mid-December, 72 mine workers had been killed at work in South Africa in 2021 compared with 52 in 2020. This has led to the DMRE taking a more interventionist approach in the halting of operations for safety reasons.

Harmony CEO Peter Steenkamp told Business Maverick that the company had incidents at its Doornkop and Kusasalethu mines in South Africa, which “had quite a big impact on our performance in terms of quite long stoppages. And rightfully so, the DMRE – when the whole industry had a spate of accidents – it clamped down.”

Still, Harmony is off to a good start in 2022. For the first time in its history, the group recorded no fatal accidents in the month of January and had none in February as of midday on Monday.

The company’s second half might also be brighter thanks in no small part to the Russian invasion of Ukraine, which has pushed up the price of gold because of the precious metal’s “safe haven status”, while undermining the rand as investors flee riskier assets. That combination should flow to Harmony’s bottom line.

On the other hand, the “geotechnical issues” Harmony experienced in 2021 at its Hidden Valley operation in Papua New Guinea took a turn for the worse in the New Year.

“On 5 January 2022, six kilometres of overland conveyor belt was damaged, which will have a significant impact on annual production at Hidden Valley. The belt replacement has now been completed and recommissioning work on the overland conveyor and plant is under way,” Harmony said.

The company’s group production guidance for the 2022 financial year has been revised down, which will ultimately affect its earnings. DM/BM