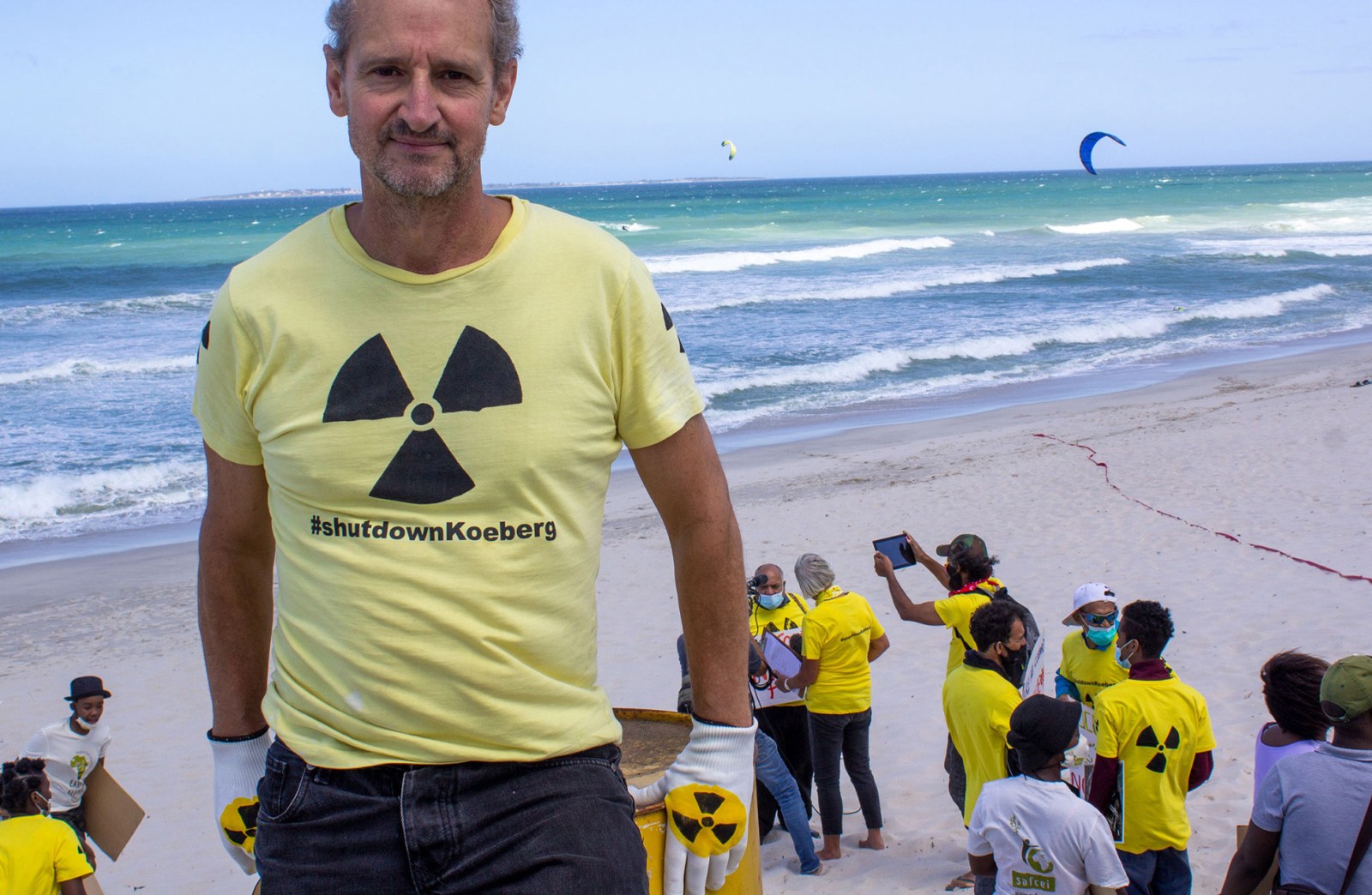 A month after he was suspended, a board member representing civic organisations was dismissed by Minerals and Energy Minister Gwede Mantashe on Friday, a move described by Outa as ‘out of line’.

The only civic representative of the National Nuclear Regulator (NNR), Peter Becker has been axed.

In a seven-page letter addressed to Becker, who is also the spokesperson for the Koeberg Alert Alliance (KAA), Manstashe cited conflict of interest with the alliance, as well as a breach of NRR board charter and code of conduct.

“Therefore, in accordance with section 9(1)(c) of the Act, I am of the view that you have committed misconduct and I hereby discharge you from office as director of the NNR Board, with immediate effect,” the minister said in the letter.

Mantashe said he had concerns about Becker’s anti-nuclear stance, calling it a conflict of interest with his duties to the NRR board.

“You confirm that the KAA is opposed to any new nuclear plants being established, as well as the extensions of the life of Koeberg and that you hold those same views. If this is so, how then can you make an objective decision when presented with objective, scientific evidence in respect of the extension of the life of Koeberg? Any decision you make in that regard will be prejudiced as you have already indicated your views,” the letter read.

Responding on Friday, Becker told Daily Maverick that if the minister was removing nuclear opponents from the board then he should be consistent and also remove nuclear energy proponents: “Or is [pro-nuclear] bias considered okay? And if so, why exactly?… It seems that the minister is saying anyone with an opinion is not allowed on the board”.

Becker was suspended from the board 0n 18 January. The suspension came as national power utility Eskom took the grid offline for the planned maintenance and replacement of steam generators and reactor heads. This is a key part of the process to extend the lifespan of Koeberg for an extra 20 years, beyond its 2024 planned shutdown.

Becker’s dismissal comes just eight months after his appointment in June 2021. He served as the voice of communities that may be affected by the development of nuclear activities.

“There would be a conflict of interest if [Becker] had businesses in the nuclear space and wanted to promote his own businesses. That’s the conflict. There’s no conflict in being pro- or anti-nuclear here. The minister is out of line quite frankly,” said Wayne Duvenage, chief executive officer of civic organisation Organisation Undoing Tax Abuse (Outa), adding that he was not surprised.

In the letter, Becker is also accused of meeting civic organisations in his capacity as NNR board member. Becker denied attending as a board representative, saying he had only attended to hear the voices of the community that he was set to represent in his former role.

“I told them [members present at the meeting], ‘I am your representative on the board’. Then it got misconstrued and misquoted as saying I said I was a representative of the board; one letter difference. I never said anything of the sort…now they’ve flipped it into this,” the axed board member said, adding that the claims were ridiculous considering he hadn’t yet attended a board meeting at the time of the gathering with the organisations.

Francesca de Gasparis, executive director at the Southern African Faith Communities Environment Institute told Daily Maverick she was at the meetings Becker had been accused of breaching the board’s conduct.

“[The minister] claiming Peter speaking on behalf of the NRR board is entirely incorrect. I can say that because I was personally involved in those meetings. Peter was always [at pains] saying he could not speak on behalf of the board and because of confidentiality clauses, he was not even able to tell us what was going on on the board but was able to ask us what our questions were,” de Gasparis said.

She also raised concerns about who was going to represent the communities in light of Becker’s dismissal and after not having a representative for quite some time.

Daily Maverick called DMRE liaison Natie Shabangu to ask about Becker’s replacement, but he had no comment.

Gabriel Klaasen, communications officer and advocate at social and environmental justice organisation Project 90 by 2030, commented: “Without Becker present on the board it’s clear that decisions made will be made with the safety of communities in mind. This attack on civil society is upsetting and disheartening. We can only hope that in the future should another civil society representative be placed on the board that they stand up for us as fiercely as Peter Becker has. No board should go unquestioned, not when it’s as crucial to our future as the NNR.”

Becker said he would like to challenge the decision. “I don’t think it’s right to let it go. I think it’s an abuse of power. I think it is unjust,” he said. DM