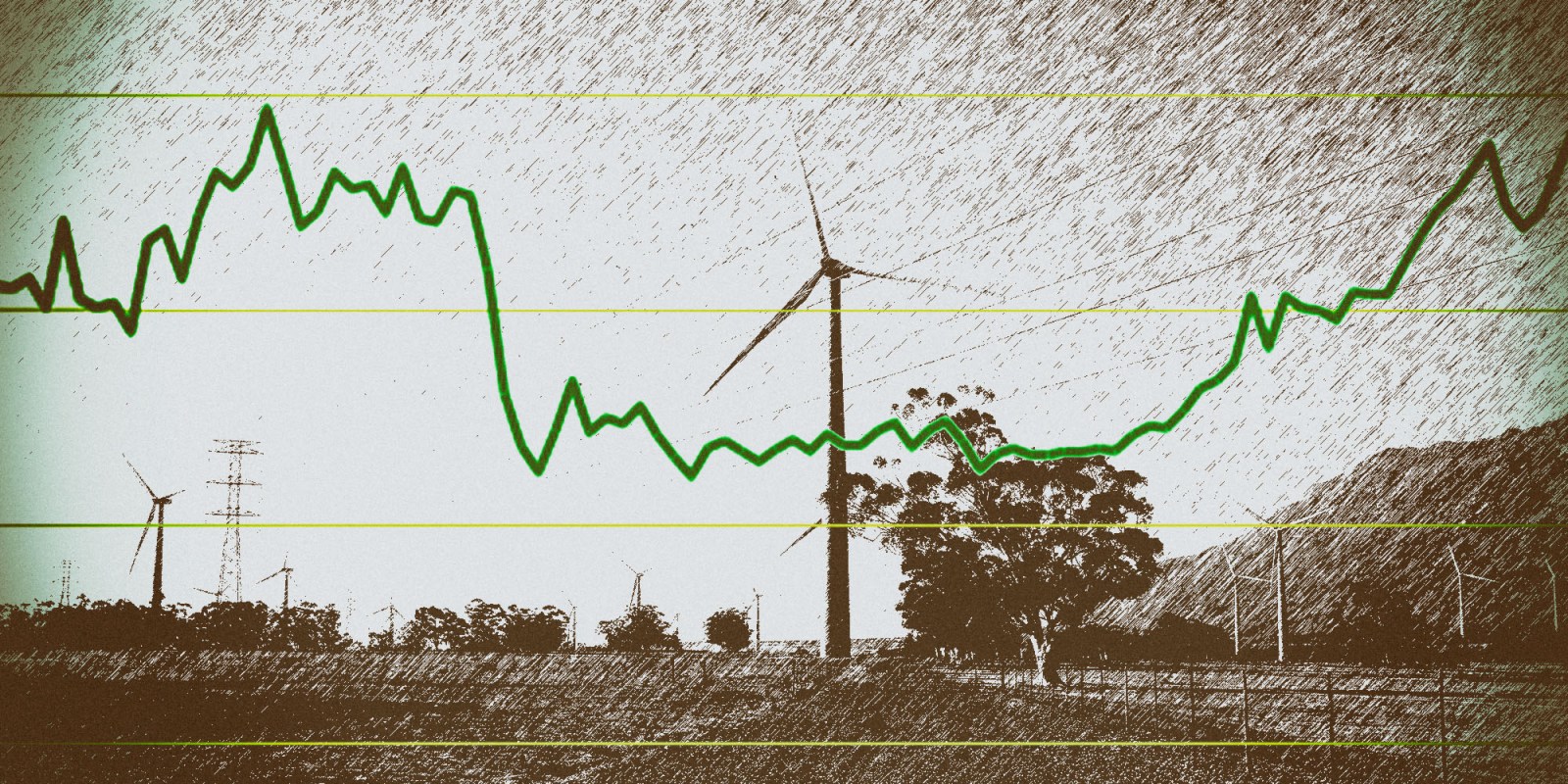 In a Budget speech that briefly acknowledged the climate crisis, Finance Minister Enoch Godongwana made little mention of plausible solutions to the burning issue of ecological collapse that will heavily affect South Africa.

If mentions are anything to go by, a single utterance of the term “climate change” in this year’s Budget by Finance Minister Enoch Godongwana might have been better than the silent sidelining of the term in last year’s Budget, if only the utterance had been progressive.

A promise of climate financing transparency, an incremental carbon tax increase, more funding to improve waterways, and conditional Eskom funding towards a just transition were among the remarks Godongwana made on Wednesday during his Budget delivered in Parliament’s Good Hope Chamber.

The minister’s minimal mentions of the climate crisis were as alarming as the emergency itself, Brandon Abdinor, a climate advocacy lawyer at the Centre for Environmental Rights, told Daily Maverick.

“It is quite alarming that climate change, a ‘crisis of unprecedented proportions’, to use President [Cyril] Ramaphosa’s own words, was only effectively mentioned once in the Budget. The entire country needs to be mobilising as never before to respond, both in terms of decarbonising the economy, but also to protect vulnerable people, communities and businesses against the very real and intensifying physical risks of climate change. Global warming-induced drought alone poses catastrophic risk to such basics as water availability and food security,” Abdinor said.

In an act of “tough love” towards state-owned enterprises, Godongwana announced that the entities would no longer receive government support, with power utility Eskom being somewhat of an exception.

“We are aware that Eskom’s debt situation remains a concern for its creditors and our investors alike. Government continues to support Eskom to remain financially sustainable during its transition,” the minister said.

Last year at the COP26 climate negotiations, South Africa received mixed funding towards its just transition, to the amount of R131-billion. Godongwana said the promised finances had not yet been delivered.

“The structure of the economy will need to change to adapt to the needs of addressing climate change. As we reduce emissions, communities must not be left behind as production shifts to greener solutions… The National Treasury is working with the new head of the Presidential Climate Finance Task Team on accessing these resources,” Godongwana said in his speech.

In his State of the Nation Address, Ramaphosa said the new head of the Presidential Climate Finance Task Team, Daniel Mminele, had been appointed to lead the mobilisation of funds for the just transition.

While South Africa’s promised climate finance to aid its just transition remains to be delivered, Godongwana announced a measure to nudge emitters to lower their emissions by increasing the carbon tax — an insignificant hike in light of the cost the environment pays in carrying the emitters’ pollution.

Carbon tax, a measure that prices the environmental damage emitters cause in an effort to mitigate the climate crisis, has been increased to R144 per tonne of carbon — previously R134 —  from 1 January 2022. The rate is expected to increase to reach $30 (about R450) by 2030. Though, with allowances, emitters end up paying as little as R6 and up to R50 per tonne — a low price at the expense of the environment. Allowances are expected to continue up to 2025, Godongwana said.

“We believe the minister’s pronouncements regarding future increases or targets for carbon taxes in the second phase from 2026 onwards to 2030 will enhance our ability to achieve our ambitious [Nationally Determined Contributions] and allow South Africa to meet our commitments under the Paris Agreement on climate change,” the Minister of the Department of Forestry, Fisheries and the Environment, Barbra Creecy, said in a statement on Wednesday evening.

Bobby Peek, director at groundWork and Life After Coal, disagreed with Creecy’s comment. He told Daily Maverick, “[The rate] at R144 is negligible. The traditional benchmark is $40-$80 by 2025 and $50-$100 by 2030. So our R144 is a joke and the reality is it is not going to deter polluters. It will actually facilitate big companies polluting more because they know they can get away with it.”

Alongside national infrastructure funding development, Godongwana said advanced developments were being made in resolving the Umzimvubu Dam project which is expected to supply thousands of households with water in the Eastern Cape. The project has been in the pipeline since before South Africa’s first democratic elections in 1994.

Other water projects that received more funding included the Lepelle Water Board, which was allocated R1.4-billion for the Olifantspoort and Ebenezer plants. The Umgeni Water Board also received R813-million for the Lower uMkhomazi Bulk Water Supply Scheme.

Water security is a problem South Africa struggles with as the country undergoes severe droughts exacerbated by the climate crisis in the northern and eastern provinces, with Cape Town not too long ago having come close to “Day Zero”.

Abdinor said in light of the Intergovernmental Panel on Climate Change warning of climate-induced droughts and increased water scarcity, water infrastructure needed to be managed and appropriately responsive.

“Even the best management is going to be hampered if we continue to pollute water resources and insist on new coal mining in protected water areas such as is being attempted in Mabola, Mpumalanga.”

Godongwana briefly mentioned renewable energy in regard to the increased threshold to 100MW and projects that are yet to come online, although the minister didn’t make a clear announcement about financially supporting Eskom or any funding related to new coal projects.

He also didn’t mention any infrastructure funding towards renewable energy development other than glancing over Eskom moving towards a just transition. Gas has been touted as a leading alternative to coal, and not renewables, as many activists and environmentalists had hoped.

“The best and most immediate solution to South Africa’s problems is a just transition to renewable energy. We cannot rely on market mechanisms such as carbon taxes to mitigate climate catastrophe, especially ones this impotent; these measures must be met with aggressive decarbonisation strategies and widespread uptake of renewable energy,” said Thandile Chinyavanhu, a Greenpeace Africa climate and energy campaigner. DM/OBP