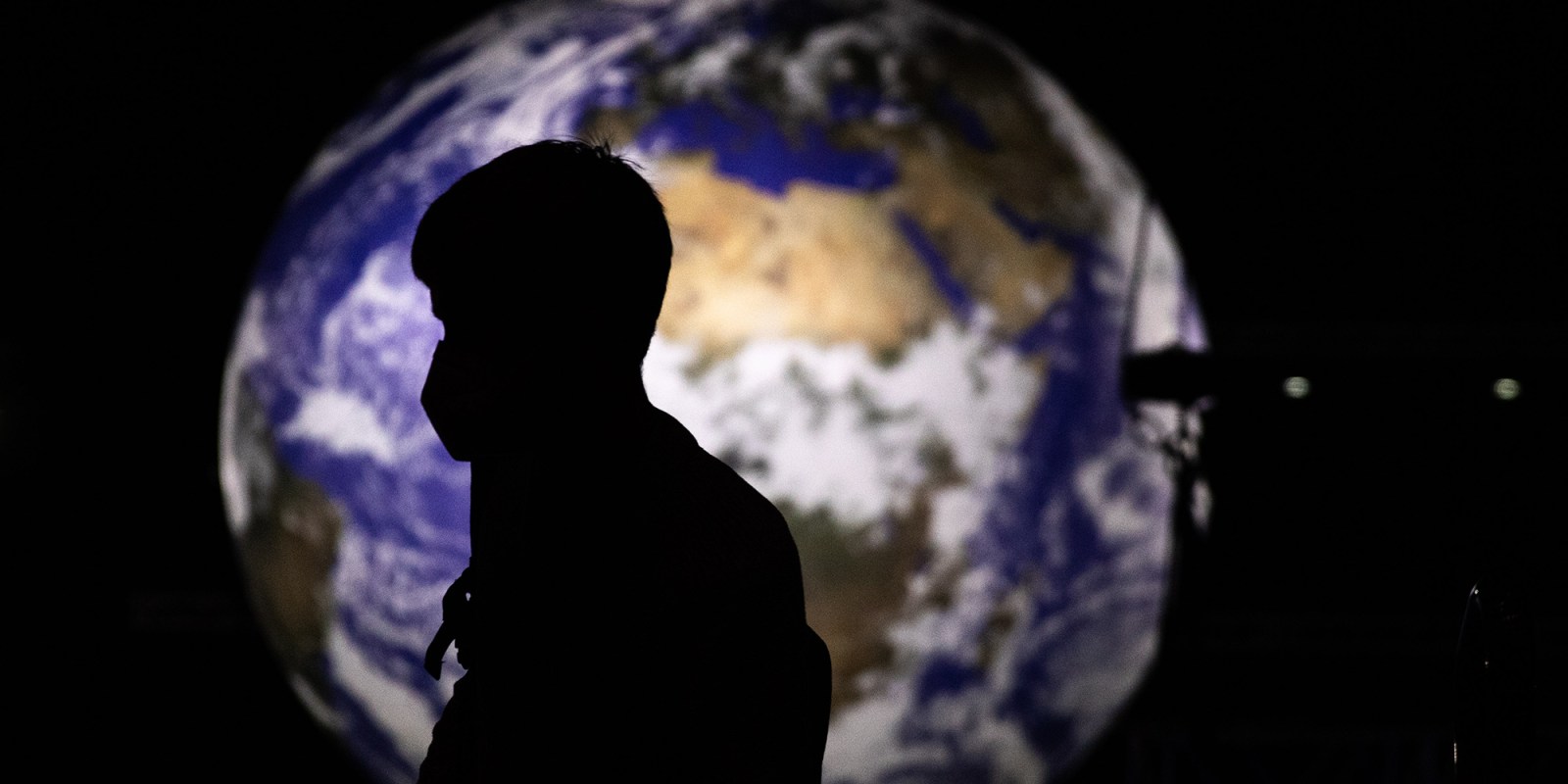 While COP26 negotiations take off in Glasgow, South Africa has secured a multibillion-dollar deal with developed nations that is essential to curbing its high emissions and reducing its reliance on coal.

The European Union, Germany, France, the UK and the US have partnered to support South Africa’s climate action goals by helping finance the move from its heavy reliance on coal to cleaner and renewable energy sources.

The countries, which announced their partnership with South Africa at the COP26 climate negotiations in Glasgow, Scotland, have pledged R131-billion over the next three to five years in the form of grants, concessional loans and investment and risk-sharing instruments, including mobilising private sector funding.

In addition to supporting the shift from coal, the just transition funding will be used to ensure coal communities and workers are supported as the country is weaned off the dirty energy source. It aims to help prevent up to 1.5 gigatonnes of emissions over the next 20 years.

“The partnership that we have established today is a watershed moment not only for our own just transition, but for the world as a whole. It is proof that we can take ambitious climate action while increasing our energy security, creating jobs and harnessing new opportunities for investment, with support from developed economies,” President Cyril Ramaphosa said in a statement.

Areas the funding will be used for include renewable energy investment and the development of new sectors such as electric vehicles and green hydrogen.

The funds will also be used to finance the repurposing of coal-fired power stations set to be decommissioned over the next 15 years, such as Komati Power Station, which is expected to be repurposed for solar and battery storage, among other uses.

Happy Khambule, senior political adviser at Greenpeace Africa, told Daily Maverick the partnership doesn’t lay out the details of the agreement and doesn’t say how much decommissioning will be supported. He said that the partnership also does not mention whether the aim for decarbonisation will include gas.

At the COP26 press conference launching the partnership, US President Joe Biden said, “By closing South African coal plants ahead of schedule and investing in clean power alternatives for the people of South Africa and supporting an equitable and inclusive transition in South Africa’s coal sector, we are following through on the pledge the G7 partners made in Cornwall to accelerate the transition away from coal in developing countries.”

Coal-guzzling Eskom has been among the leading causes of South Africa’s high emissions, making the country the 12th-biggest emitter in the world.

In a bid to lower its emission and meet its Paris Agreement goals, the country had previously pledged to peak its emissions by 2025. It has recently adjusted its targets in line with the 1.5°C Paris Agreement while bringing forward its net-zero date to 2030 from 2050.

In September, the climate envoys of the partner countries visited South Africa to assess the situation and draw up a plan to end the country’s almost 80% dependence on coal.

European Commission President Ursula von der Leyen said at the press conference she hoped that the partnership between the countries and South Africa would serve as a blueprint for how other developing nations could achieve a just transition.

Dave Jones, an analyst from independent climate and energy think tank Ember, said, “Not only will this move South Africa beyond coal; it will also move the whole African continent beyond coal. South Africa is responsible for 89% of Africa’s coal generation. Building new coal has all but stopped in Africa, with only three coal plants coming online since 2015, and only four currently in construction across the whole continent.”

The partnership comes after South Africa’s latest bout of load shedding that saw power cuts lasting up to four hours a day. Eskom has been struggling to maintain its ageing power stations, some of which it is still struggling to complete.

Khambule said, “The deal is quite interesting. The amount which has been allocated to address the problem is far too small. When you look at it, you have to consider that just in the electricity sector, one player holds about R400-billion worth of debt that is sitting there… unusable assets as well that are hanging around.

“The partnership, if it is seen as a catalyst for more mobilisation in finance, then it’s a good thing. But then if it’s not… it doesn’t really address the scale of the issue.”

Eskom spokesperson Sikhonathi Mantshantsha told Daily Maverick he was unaware of the partnership and that Eskom had no comment. Mantshantsha said the utility would make an announcement when it was able to do so.

Jesse Burton, a senior associate at coal transition consultancy firm E3G and a researcher at the University of Cape Town, said the opportunity was exciting.

“[It is a chance] for South Africa to shape its just transition and address the social consequences of fossil fuel phase-out — not only the existing legacy impacts, but those caused by more rapid transition.

“On top of that, the partnership — which is expected to be a long-term engagement that can crowd in more finance — will also support South Africa in building out new areas for green growth,” Burton said.

In her opening statement at the World Leader’s Summit, Von der Leyen urged countries to mobilise climate funding to support developing nations to adapt to a rapidly changing and intensifying climate. Africa remains one of the most vulnerable continents, with average temperatures heating up at twice the global average rate.

Alongside South Africa being the world’s 12th-worst emitting country due to companies such as Eskom and Sasol, the national utility was recently named the worst sulphur dioxide polluter in its category, surpassing China and the US combined.

At COP15, hosted in Copenhagen in 2015, countries pledged $100-billion per year until 2020 to developing nations. The climate financing goals have not been met, with the most recent amount being about $80-billion in 2019. A COP26 climate financing delivery report has shifted the funding to the end of 2023, with more funding expected until 2025.

Sharma suggested trillions of dollars were needed to meet developing countries’ climate goals and that a partnership between global leaders and companies was essential to achieving this.

The push to a just transition towards renewable energy, which stands at less than 10% of South Africa’s energy mix, has been met with a lack of enthusiasm by Mineral Resources and Energy Minister Gwede Mantashe.

The minister has publicly declared his preference for a delayed phase-out of coal as the country considers its options and a transition to nuclear and gas, pointing to closely available resources from the Mozambique Liquified Natural Gas project.

Alongside South Africa being the world’s 12th-worst emitting country due to companies such as Eskom and Sasol, the national utility was recently named the worst sulphur dioxide polluter in its category, surpassing China and the US combined.

Alex Lenferna, a campaigner at 350Africa.org, said the Climate Justice Coalition had been calling for a rapid transition to renewable energy to meet the demands of the 21st century.

“We have also been protesting the biggest obstacle to change, namely Minister Mantashe and his DMRE [Department of Mineral Resources and Energy]. They want to keep us locked into outdated, expensive and polluting coal and gas, rather than embracing the cleaner, more affordable and job-creating energy future that could be unlocked,” Lenferna said.

Burton said the partnership showed that global collaboration for climate action was possible. However, she said further details were needed about the financing terms.

A joint task force will be established to provide further details about the partnership.

“I think the main thing is that this has sent a strong political signal about the direction South Africa is heading. Now the hard work of designing and implementing our just transition has to start,” Burton said. DM/OBP