Song will tear us apart, again — just the way Malema and AfriForum want 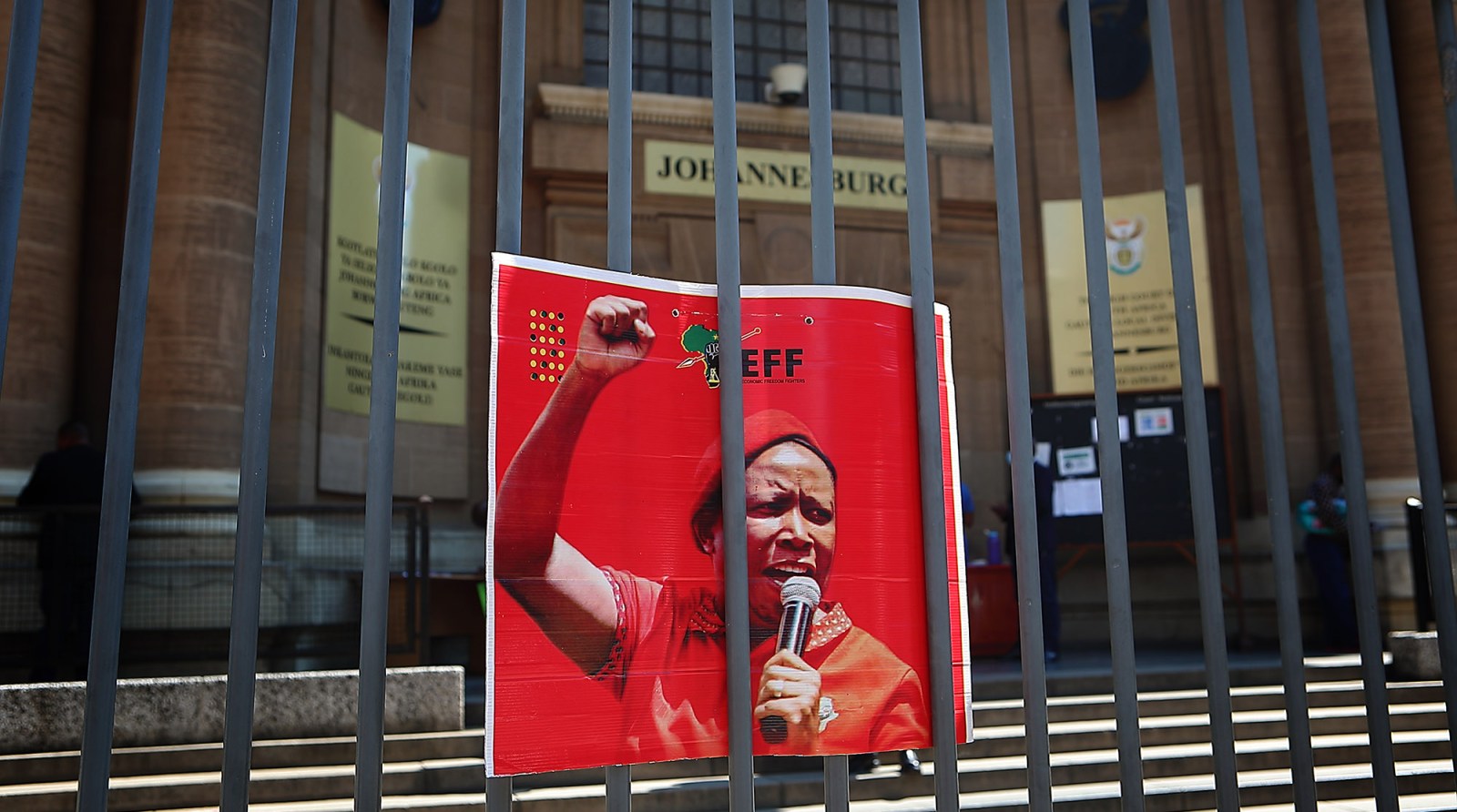 The application by AfriForum to stop the EFF’s leadership and Julius Malema from singing the song Dubul’ibhunu has led to much public debate about the real motive for the case. It has also led many to conclude it could result in Malema being strengthened politically. This is probably true.

But this may also be a case of how the extremes in our politics rely on each other, that what strengthens one side may strengthen the other side. Thus, while this case may strengthen Malema, it may also strengthen AfriForum, as they both attempt to help our nation drift apart.

All of this has happened before, in the original case more than 10 years ago, involving the very same people, the very same issues, but slightly different law.

In 2010 the ANC Youth League, Malema’s original political home, held an event at the Doornfontein campus of Wits University. I was there as a reporter. The leader of the league, Julius Malema, sang the song Dubul’ibhunu. As I reported at the time:

“When he sang the song, I didn’t notice. It wasn’t in English, and no one around me thought it was a huge event at the time. When it became a talking point later, one person actually remarked how some of the students looked a little uncomfortable when Malema sang it.

“The point I’m making here, is that as a whitie, with an Afrikaans sounding surname, I did not feel threatened, harassed, scared or indeed had any concern for my continued ability to exist. In other words, I didn’t get the feeling that the people around me were being incited to shoot me.”

But what really gave power to Malema and this song was not that he performed it, but the reaction to it. AfriForum (and the farmers’ union TLU — which still stands for the Transvaal Landbou Unie) took Malema to court. They argued that just the singing of the song was hate speech.

AfriForum’s action forced the ANC to support Malema — it was forced to argue it was “their” song, as part of the Struggle.

Again, as I wrote at the time,

“… now the ANC has to defend the song. Basically, Malema has become a rallying point for people who want to celebrate ANC traditions. The rights and wrongs of this don’t matter. The fact is that Mantashe and Zuma and company, the senior leadership, will now have no choice but to back Malema. He will look like a leader in waiting. It will give him huge momentum, he’ll look like a kingmaker. Which is exactly the opposite of what AfriForum wants.”

And so it proved.

The case was heard just before the 2011 local government elections. It was our history writ large, being dissected legally right in front of us. It was, perhaps, the most powerful court case since the rape trial of then future president Jacob Zuma in 2006.

The country’s only rolling news channel at the time, eNCA, took the case live; a large screen was erected outside the court building for people to watch proceedings (these days, there are three rolling news channels, you can watch TV on your phone and consult social media to satisfy your own confirmation bias).

The power of the case came from framing it as about our history.

AfriForum’s advocate Martin Brassey put a question to the then ANC secretary-general Gwede Mantashe in court on the issue. As I reported that year:

“Brassey suddenly asked Mantashe if he knew what a certain Zulu phrase meant, before reciting a Zulu statement. Mantashe answered, ‘Yes’. Then, as the crowd’s curiosity grew, Brassey asked, ‘And when was it said?’. Mantashe knows his history. The answer was, just before Dingaan killed Piet Retief. It was our history produced raw, right in front of us, and a really good illustration of how we are still, to an extent, trapped in it. Malema wasn’t part of the interchange, but he was the main driver for it.”

And again, this has been repeated last week, with Malema taking questions from AfriForum’s advocate Mark Oppenheimer. And Malema has used the moment to his full advantage, to talk about the black trauma of apartheid, to demand of AfriForum, “Why do you want to become victims, when we are the biggest victims here, when we have lost everything, when we as black people remain a traumatised nation?”

In many ways, there is no way Malema can lose. It is the perfect opportunity for him. It is to his political benefit to be seen as the one person in the country who will confront anti-black racism whenever he sees it.

This suggests that if AfriForum wanted to weaken Malema, it may well have failed. And that in fact this has backfired spectacularly.

It was absolutely foreseeable that this would happen. If a case on exactly the same issues strengthened Malema in 2011, why would it not strengthen him in 2022?

However, it should also be remembered that what may be happening in our politics is that those on the extremes may be strengthening each other.

It should be remembered that there may be an important distinction between whether Malema is really growing in political power, and whether he is seen as more threatening by certain people.

On the electoral evidence, Malema’s growth was slowing down.

But for AfriForum’s constituency, this trial may make him appear more threatening. This could then lead to more people joining AfriForum.

This could also be part of a much bigger dynamic. The results of both the 2019 and the 2021 elections have shown some indications of people moving away from the middle towards parties based on ethnic identities (parties like the FF+, the IFP and the Patriotic Alliance grew in voting share).

What may be happening in a trial like this is that the element of a person’s identity based on their race, or language group, may become more important.

To put it another way, to see Malema educate AfriForum on our real history may push people back into the identities that were forced on them during apartheid.

Or it could be said that this case was ideal to make people choose sides. You are either for AfriForum or for Malema with nothing in between, their arguments go.

This, of course, is a false binary, but it still can be felt in our politics. One can have many, many more nuanced views on a song like this, it is about our history, our present, our aspirations, our fears, our dreams, our politics, our land, our choices, our grandparents and our children and our grandchildren. And much more.

There is no need to be binary on something like this.

But, our court system can only produce winners and losers, it can only say that either the song is hate speech or it is not. And because any outcome will probably be appealed, this process of imposing a binary choice will continue.

One of the key issues in all of this is the “real” meaning of the words of the song. They mean both more and less than the words themselves.

Just as Malema means both more and less than the name “Jamnadas” when referring to Public Enterprises Minister Pravin Gordhan, and when he said “we are not calling for the slaughtering of white people, at least for now”.

This is another part of the power of such an emotive issue, a song like this is about so much that it cannot be easily defined, and will mean different things to different people.

And this is why issues like this are so powerful, and will remain this powerful, for at least as long as our racialised inequality maintains its powerful grip on our society. And there will always be plenty of opportunists eager to benefit from tearing South Africa apart. DM