Political consequences of banning a single song – a p...

Political consequences of banning a single song – a personal view 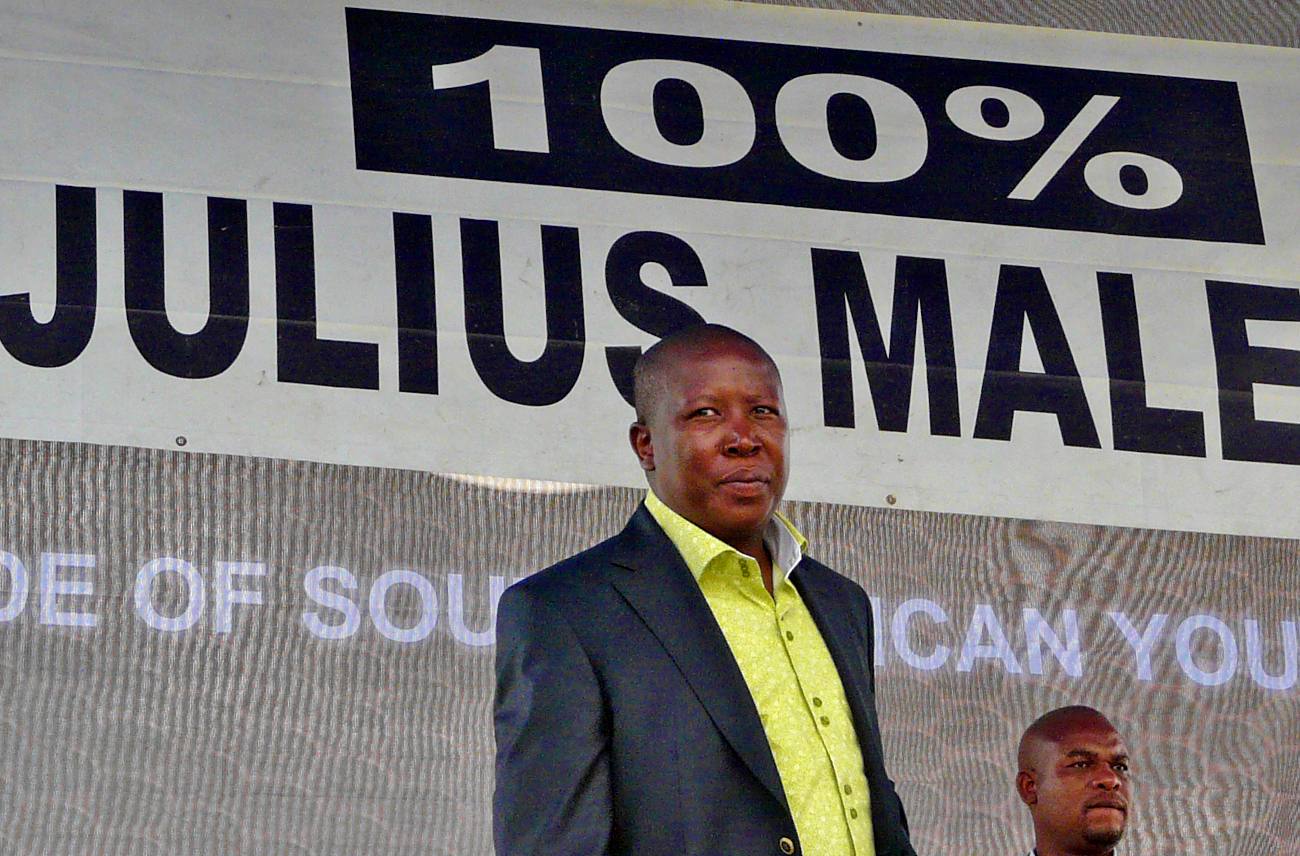 With all of us more or less agreeing on legal issues surrounding the banning of the "Kill the Boer" song, of late so lovingly rendered by the ANC Youth League's leader, there are still political consequences to be considered. And they truly keep us awake at night.

I don’t actually know where to start with the “kill the boer” song. On one level, I’m completely repulsed. It is unnecessary, aimed at a specific minority group of our population and if one person said it to another, it would be a threat. Thus, technically, illegal. In a way that the PAC Youth League could soon discover.

But on another, really, who cares? It doesn’t actually mean people should pick up a gun and shoot white farmers. It really doesn’t. And it does have a certain history behind it.

I’ve found my feelings about the song’s re-appearance have changed over the last few weeks. I was there when Julius Malema sang it at the Doornfontein Campus of the University of Johannesburg. It wasn’t a big gathering, perhaps 1,000 people. Just about all of them were black students, there were perhaps four or five Indians, and all the whites were part of the “mob” of journalists, perhaps five mlungus in total. There was the usual fuss and bother when Malema arrived, and his speech was full of the usual. When he sang the song, I didn’t notice. It wasn’t in English, and no one around me thought it was a huge event at the time. When it became a talking point later, one person actually remarked how some of the students looked a little uncomfortable when Malema sang it.

The point I’m making here, is that as a whitie, with an Afrikaans sounding surname, I did not feel threatened, harassed, scared or indeed had any concern for my continued ability to exist. In other words, I didn’t get the feeling that the people around me were being incited to shoot me.

Once I’d worked out what he’d actually said, I shrugged my shoulders, so what, I thought, it’s Malema, he’ll do anything for controversy. But about a day later, I actually started to get pretty angry. Who on earth is he to keep sprouting this crap? Why should he sing a song about shooting people who look like me, who look like my son, who’s so young that catching his toes is a major achievement. And then why did he have to flout the law again? The Human Rights Commission had already ruled on this, hadn’t it? And for goodness sake, why did he bring race into it? It’s not as if he really has any chance of blaming his current troubles away by using race.

But I’m actually now more worried about this High Court judgment. It was an Acting Judge, Leon Halgryn who made Friday’s ruling. (Why are urgent cases about freedom of expression always decided by acting judges?) And while there are many who’ll be chuffed at this, what has also happened is that the singing, or publication, of a song that has a long struggle history is now banned. A song with a long history, that is part of a tradition, can no longer be sung in South Africa. And the reaction to that is probably going to be worse than Malema just singing it.

Because now the ANC has to defend the song. Basically, Malema has become a rallying point for people who want to celebrate ANC traditions. The rights and wrongs of this don’t matter. The fact is that Mantashe and Zuma and company, the senior leadership, will now have no choice but to back Malema. He will look like a leader in waiting. It will give him huge momentum, he’ll look like a kingmaker. Which is exactly the opposite of what Afriforum wants.

And quite frankly, the legal case is not that strong. Sure, on the face of it, singing “shoot the boer” is inflammatory, incitement and all of those strong things. But you’ll never be able to prove that any black person killed a white farmer because of Malema’s words. He’ll be able to look back on the long sad history of farm murders to defend himself.

There are many who claim that singing “shoot the boer” is the same as singing “kill the K****”. The fact is, it’s not. Look at its history. It is about the fight against apartheid, it’s about the fight for rights. This is one of those issues where it’s not so much what is being said, but who is saying it. It’s why “Black power” means liberation, freedom and human rights, and “White power” means the Ku Klux Klan. If you disagree, think of how you would feel if you saw those words spray painted on the side of your house. If you were white and saw “black power” you’d probably think it was a group of hothead kids who hadn’t yet realised the revolution was over. It’s a political statement, but it’s not directed against white people. Now think of if you were black and saw “white power” on your wall. You would be completely justified in thinking some men on horseback were coming, just for you. The fact is, one’s quite an inclusive thing, the other is based on hatred, and when you hear the phrase “white power” violence is probably not far away.

But my real fear is that Malema, who occupies really a sort of extreme of our politics, is being dragged into the centre. The moderates are now occupied with the Malema question. To put it another way, where a few years ago, the big political question was where you stood on Zuma, now it’s where do you stand on Malema. And the problem with that is that while Zuma was a defining issue, he didn’t come with the anger that Malema generates.

We’re now going to have a national discussion, and probably a court case, about whether you can sing a song about killing a certain section of our population. It’s going to pit the ANC, and perhaps, most of the country, against a small group of white people. I’m putting it crudely, but there it is. This is not an argument we need now. It’s not going to add to the sum of human happiness. It’s going to polarise us further. And it’s going to focus our attention on our differences, when we should be looking at Malema’s business interests, and asking whether politicians should be allowed to even have business interests at all. Instead of talking about corruption, we’re going to talk about race. Again.

Malema achieved what he wanted. The ANC will be behind him all the way, he’ll look like the voice of the common man, of the youth and he might even win in court.

Maybe now is the good time to get worried.