Beyond the pale: Noxious history of skin-lightening cre...

Beyond the pale: The noxious history of skin-lightening creams in South Africa still haunts us 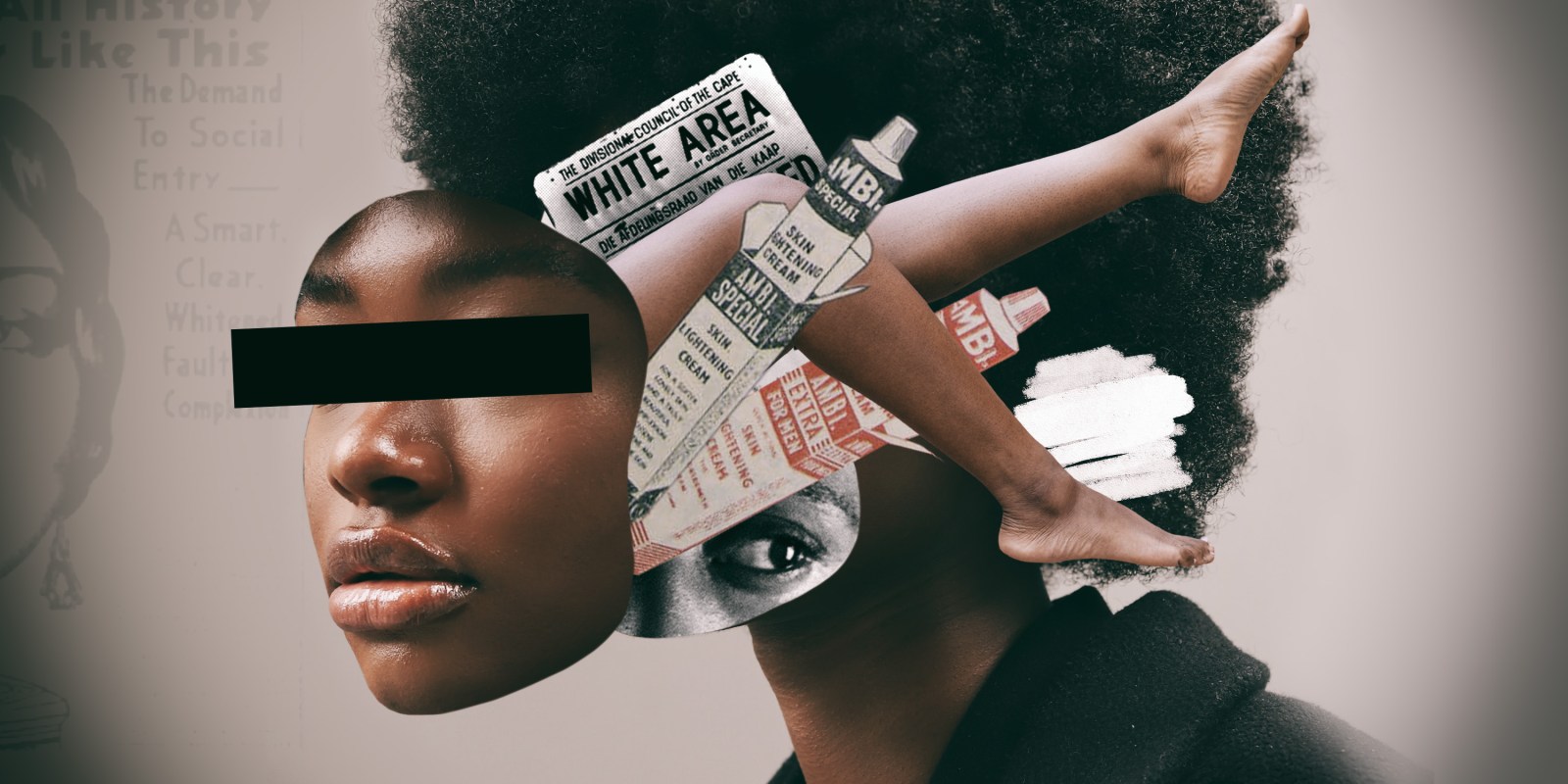 Toxic skin-lightening creams are still sold freely across South Africa, despite clear health dangers and the legacy of apartheid.

In the dying days of apartheid, South Africa banned the sale of cosmetic creams that were designed to make black people look whiter.

At last, it seemed, the marketing of products that degraded the natural beauty, dignity and health of millions of South African women was coming to an end.

More than 30 years later, however, it’s pretty much business as usual.

Across South Africa, women (and a growing number of young men) still purchase small tubs of toxic “skin lightening” (SL) creams for as little as R30, despite the known risks of permanent skin damage and some much more serious health impacts.

Even as a white man – with a very shaky cover-story –  I found no difficulty buying several cheap skin-lightening creams in Durban. Then we sent them to the Council for Scientific and Industrial Research for laboratory analysis and waited for the results

But first, a little history about skin-lightening creams and some of the actors who have profited from their sale, which may serve to illuminate the current state of affairs.

For thousands of years, skin lightening has been practised in several parts of the world among women of many hues. More recent use is linked closely to the legacies of slavery, colonialism, racial superiority and the pervasive power of globalisation and Hollywood, but researchers from the University of Michigan note that chalk dust and herbal teas have been used by Chinese women to lighten their skin since 200 BCE.

The teas were made from the bark of a cinnamon-like bush which inhibited the production of melanin, the dark natural pigment responsible for colouring people’s skin, hair and eyes.

Some of the earliest skin-lightening mixtures in ancient Greece, Rome and Egypt contained vinegar, olive oil, chalk or white lead. By the 1800s, women in Victorian England were also using “wafers of arsenic” to lighten their skin.

University of Washington history professor Lynn Thomas believes that the politics of skin colour have undoubtedly been shaped by slavery, segregation and notions of racial superiority in the US and elsewhere, yet she suggests there are also deeper historical, class and gender dimensions that have since been morphed by the expansion of global consumer capitalism.

Closer to home, says Thomas, the earliest evidence of skin lighteners being marketed to black South African women goes back to the early 1930s.

Some were imported from America. Others were made here by chemists such as WC Turpin & Son in the town of Middelburg.

Laden with a toxic heavy metal (mercury) and marketed under the “Karroo” brand, these products were aimed at both white women and “women of colour”.

Thomas suggests that the manufacture of skin lighteners really took off after World War 2 as white businesses sought to cultivate black consumers, while the National Party’s electoral victory in 1948 ensured that skin colour also took on greater political significance.

“Under apartheid, even more than in prior forms of segregation, nuances of skin colour could inform where one lived, one’s school and work opportunities, whether one could vote, and whether one needed a government pass to move in and out of urban areas.

“Like whites, black consumers used skin lighteners for a variety of reasons which ranged from clearing blemishes, to lightening tanned skin, to ‘brightening’ to looking more ‘modern’ or sexy. Nonetheless, the broad appeal of these products relied on pernicious official and popular ideologies that linked lighter skin to power and beauty.”

It was also an era when some job advertisements invited only applicants who were “light-skinned” or “slightly coloured”.

By the late 1960s, says Thomas, a remarkable 60% of urban African women in this country reported using bleaching/lightening creams.

It was around this time that the enterprising Krok brothers came into the picture.

Born in Johannesburg, twin brothers Abe and Solly Krok have often been associated with gambling, ownership of the Mamelodi Sundowns soccer team and as benefactors of the Apartheid Museum at Gold Reef City.

Though they were not the first to manufacture skin lighteners for black South African consumers, they pioneered new formulas, direct marketing techniques and multiple brands and eventually cornered the market and made a fortune.

But as medical evidence piled up about the dangers of mercury, the Kroks switched to hydroquinone as the chemical additive for whitening dark skin.

It was a smart move (for a time) as the government eventually moved to prohibit mercury from cosmetics in the 1970s. Then, in the late 1980s, the government began regulating against hydroquinone too – and so the Kroks turned to the courts to protect their business profits.

News reports at the time noted that Twins Pharmaceuticals controlled nearly 70% of the multimillion-rand market and they fought to keep their products on supermarket shelves. While the government originally planned to ban the creams in June 1989, then postponed the move until early 1991, Venter, the health minister, suddenly ordered all such products off the shelves on 10 August 1990.

But more than 30 years later, skin-lightening creams containing toxic additives such as mercury, hydroquinone, lead and steroids are still sold openly by street vendors and from shop counters across the country. DM

This is a three-part series. Read Part Two and Part Three here.

Disclosure and disclaimer: This series of articles was commissioned by groundWork to raise public awareness about the dangers of mercury and toxic skin-lightening creams. groundWork acknowledges financial support by the Swedish public development cooperation aid through the Swedish Society for Nature Conservation and the European Commission via the European Environmental Bureau. The sole responsibility for the content of the reports lies with groundWork/Daily Maverick. The funders are not responsible for any use that may be made of information contained therein.