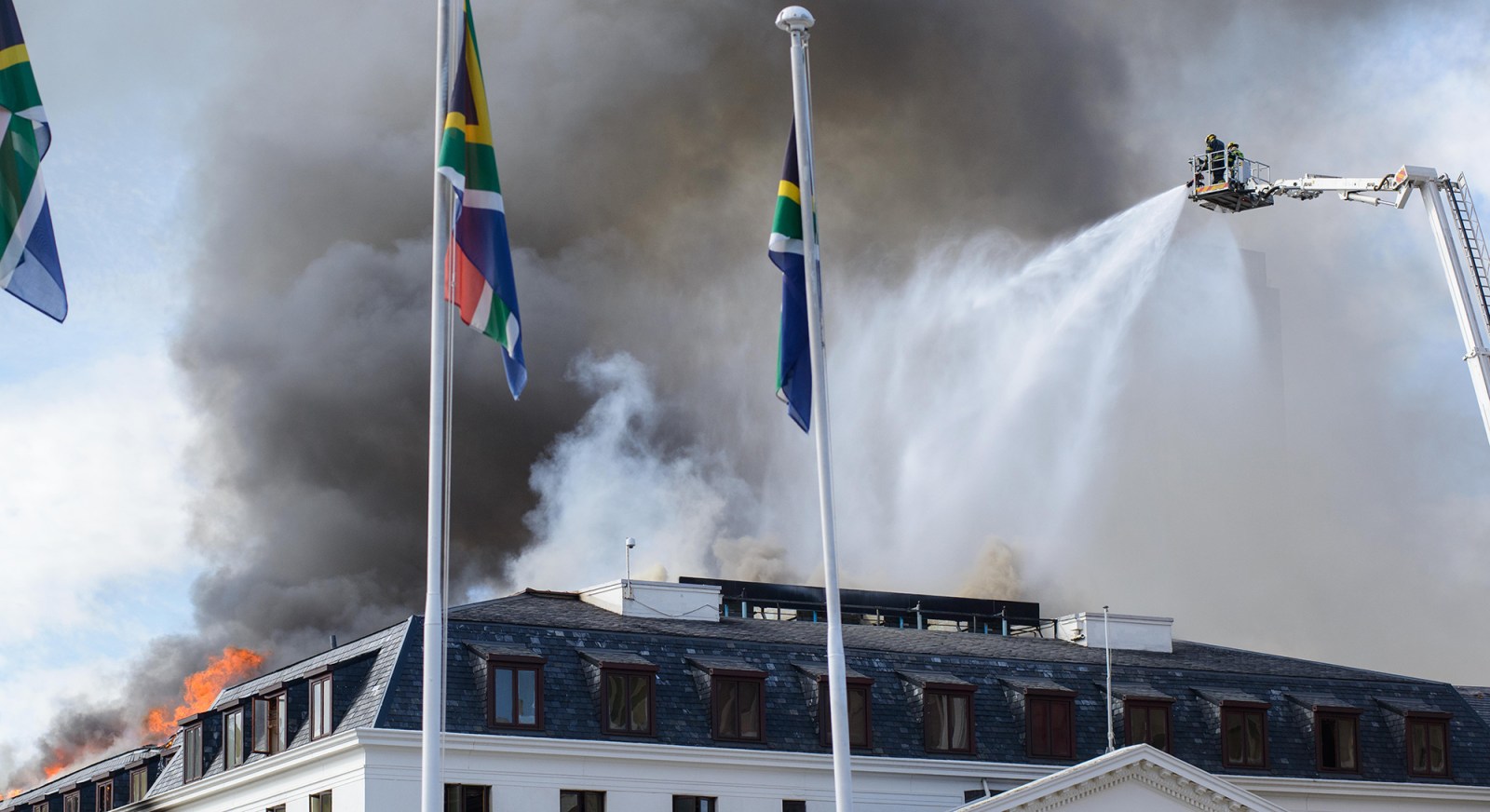 Following the fire in Parliament on 2 January, Patricia de Lille, Minister of Public Works and Infrastructure, has appointed Coega Development Corporation to provide a detailed report on the damage caused and recommendations on restorative measures.

On Friday, 11 January, Patricia de Lille, Minister of Public Works and Infrastructure, appointed Coega Development Corporation to perform assessments of the damage caused by the fire in Parliament.

Once the assessment has been completed, De Lille expects them to submit a report within one week of appointment that must cover the following aspects:

After the initial report has been submitted, De Lille expects a detailed report to follow, that includes:

Prior to the appointment of Coega Development Corporation, De Lille said that a high-level preliminary visual assessment was conducted by a team of structural, civil, electrical, and mechanical engineers.

“On the basis of the preliminary visual inspections, there was evidence of severe structural damage (major spalling) to the slabs. The slabs affected by the damage are on the second, third and fourth floors. In addition, there were major cracks in the walls on the second and third floors,” said De Lille.

Around 6am on Sunday, 2 January, a fire was reported in Parliament. By Monday, 3 January, the fire crew was still attending to hotspots on the fourth floor of the National Assembly.

Zandile Christmas Mafe has since been arrested for starting the fire. Mafe has been charged with housebreaking with intent to commit terrorism and arson, terrorism, arson and theft.

Mafe’s attorney, Advocate Luvuyo Godla, described his client as a scapegoat for the fire at Parliament.

On Friday, Mafe made a brief appearance in the Cape Town Magistrates’ Court. The matter was postponed for six weeks after the State requested more time to finalise outstanding aspects of the investigation.

A few days after the fire, parliamentary officials were grilled by members of Parliament who demanded answers. Parliament confirmed that external auditing company OHSA Health and Safety Consultants submitted a safety, health and environment report in May 2018 that was carried out to ensure the legislative body complied with the Occupational Health and Safety Act.

Daily Maverick reported that: “The damning report said the company was unable to audit Parliament’s policy or procedure relating to emergency preparedness and response, as well as accidents, incidents and investigating noncompliance, as such policies were essentially nonexistent.

The report said that no approved safety policy or safety management system for Parliament had been identified.”

The fire also meant that the State of the Nation Address could not be held at Parliament but had to be moved to the Cape Town City Hall. DM