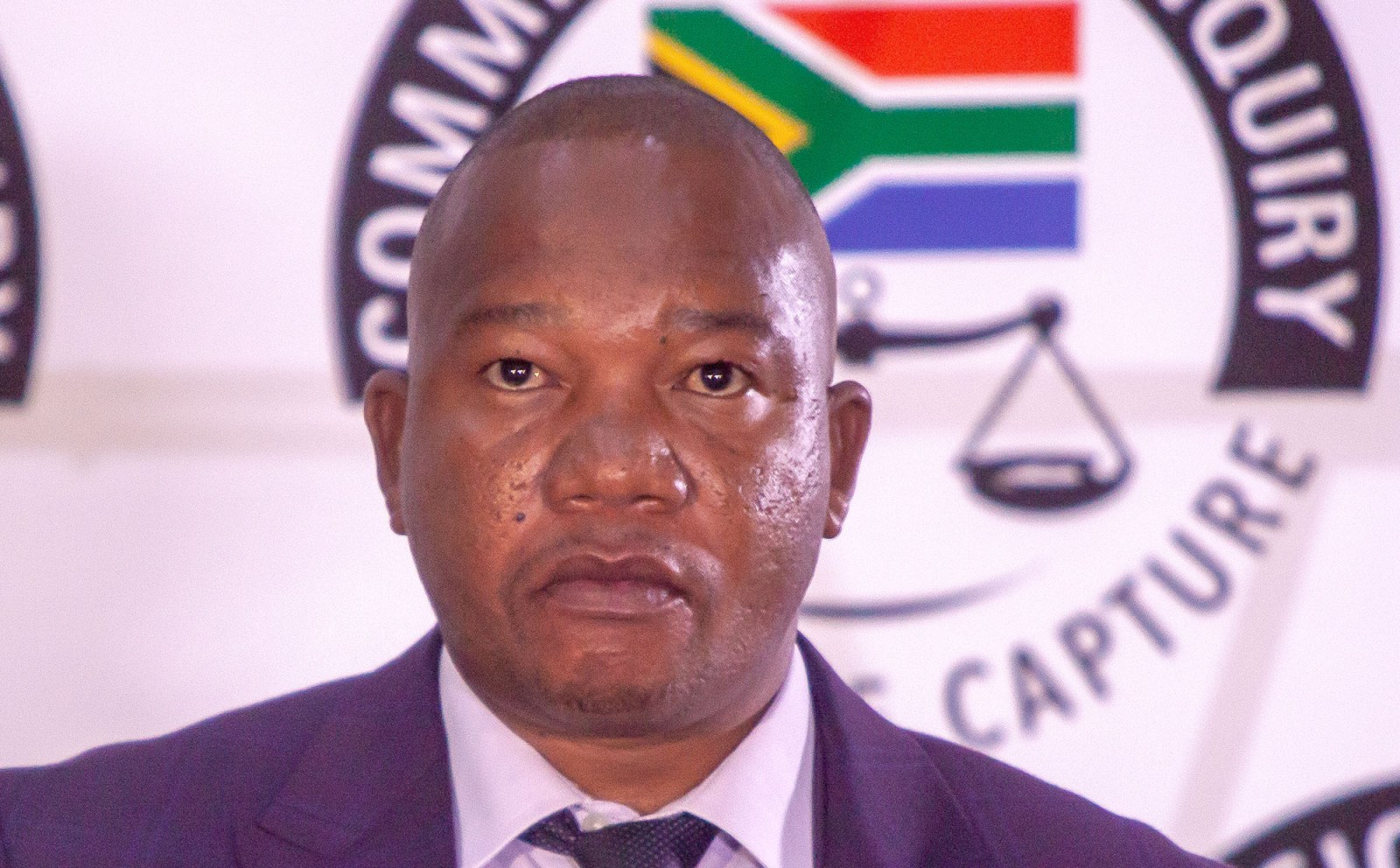 So far, the candidate who has stood out like a beacon of independent thinking and fearlessness in the spook-heavy lineup of hopefuls being interviewed as the next Inspector-General of Intelligence, is the current incumbent, Dr Setlhomamaru Dintwe.

Setlhomamaru Dintwe faced Parliament’s Joint Standing Committee on Intelligence (JSCI) this week as one of 10 candidates who hope to lead the crucial oversight body. Many members of his office have also applied for the top job. Dintwe informed the committee that he had encouraged this.

During his current term, which comes to an end on 15 March, Dintwe has stared down a formidable list of adversaries and emerged fighting fit and ready to serve a second term.

In April 2021, three ministers tried to stop Dintwe from testifying before the Zondo Commission, where he dropped bombs of note.

Little wonder, then, that JSCI chair, Jerome Maake, remarked this week, “You intimidate me.”

To which Dintwe replied, “I will be honest with you… I cannot afford to be bullied. We can disagree, you can exercise authority over me, but I will not accept any person who tends to bully me. I have examples of where I felt I was being bulldozed and almost being told not to do my work”.

Dintwe was headhunted from academia and selected to head the Office of the Inspector-General of Intelligence in 2016. But he only managed to wrest control of the position a few months later after instant pushback, which saw his security clearance illegally revoked by then SSA DG Arthur Fraser.

Before this, for 22 months the IG’s office was shuttered and hobbled during what we now know were peak State Capture years. As has been confirmed by testimony to the Zondo Commission, gargantuan piles of cash were carted out of the SSA Pretoria offices prior to the ANC’s elective conference at Nasrec in 2017.

It was into this mess that Dintwe stepped.

The Inspector-General holds a doctorate in police science with specialisation in forensic investigations, and has shown no hint of political subservience or obsequiousness.

His impressive CV indicates he has carved out a career without needing favours from anyone.

However, Dintwe told the committee that from the moment he took office it was clear “most of the institutions, especially those that dealt with accountability and enforcement of laws, had been hollowed out”.

His first goal had been to rebuild the office while holding the intelligence services accountable.

The greatest obstacles he found to the vital work of the office, said Dintwe, was its lack of independence, the “fightback and resistance from the overseen”, as well as the illegal “managed access” of information to which the IG is entitled to by law.

During Dintwe’s term, three years later in 2019, the 2014 Radebe report (discredited and withdrawn by the courts in 2020) resurfaced at a time when Dintwe said he had his “back to the wall”.

The Radebe report gave the EFF as well as Mkhwebane and others a political weapon to hound former Minister of Finance Pravin Gordhan and other SARS executives for several years.

It has all ended badly in the country’s courts and Mkhwebane’s personal legal cost orders have grown, with two recent victories by Gordhan adding to the tally.

Radebe’s report is a sort of talisman for a grouping of people who remain convinced of its veracity and authenticity, and for whom Pravin Gordhan has proved an immovable obstacle.

The “SARS report” holds so much mythology and sway in some quarters that it has been raised at every JSCI interview this week, unsurprisingly mostly by the EFF’s Mbuyiseni Ndlozi.

It was EFF leader Julius Malema who deliberately made the classified report public (illegally) when the party attached it to 2019 court papers in an Equality Court matter involving Gordhan. Malema had called Gordhan “a dog of white monopoly capital” at the time.

Dintwe reminded the committee this week that Mkhwebane had, at more or less the same time as this court action, paid him a visit to inform him that the report “had been left on a table in her office” and that she wanted it declassified so she could use it as a basis for her “rogue unit” investigation.

“It was a difficult time… my back was against the wall,” he told committee members.

He cleared up his role in the later settlement with SARS executive, Johan van Loggerenberg, who challenged the report in court.

“The application in court was not about whether there was a rogue unit or whether it was non-existent. What I had to contend with as it arose is that the natural laws of justice had not been observed. Audi alteram partem was violated,” Dintwe schooled the panel and Ndlozi.

He reminded all, once again, that Radebe’s report into SARS had been withdrawn in a settlement with Van Loggerenberg.

“The reason we settled is simply because we did not have any legal grounds to contradict the prayers of Mr Van Loggerenberg.”

Van Loggerenberg had not been warned by Radebe and had been under the impression he was a witness.

Mounds of evidence given to Radebe by Van Loggerenberg — and showing suspected SSA interference in SARS — was simply disregarded and later lost.

The Radebe report, said Dintwe, “is the fruit of a poisoned tree”.

Dintwe, having survived the inferno of his first term, told the committee that should he take up a second term, he knew how to slap into shape the under-resourced office with its starvation budget.

His vision now was one of transparency and accountability, a “trusted and accessible” institution of oversight that intends to hold the intelligence services to account “in pursuit of the human rights of South African citizens”.

The challenges were “concomitant” with weak legislation and the core structural weakness of a lack of independence of the institution, which is funded by the SSA.

The office of the IG was the only institution that had to go to the SSA with a “begging bowl”. Others, like the PP and IPID, had budgets.

“Other institutions are not like that. In our strategy we should be able to conclude what it is we want to do to survive in the hands of the enemy, so to speak,” said Dintwe.

The fightback and resistance from the “overseen”, as well as the fact that recommendations by the OIGI “are not being implemented”, was an ongoing issue.

As has been highlighted by most candidates vying for the position, the amendment of legislation would “take too long”.

And with the red alert in the findings by an expert presidential panel report into the July 2021 attempted insurrection, it was time to move.

Dintwe said there were ways to work within the system and that during his tenure he had developed an oversight framework that had helped with the process flow of complaints.

“It was a clever move from our side because in the absence of regulations one would not know what it is we are going to look for when we conduct oversight. We have come up with a standard that we apply to the constant and continuous quality of the process itself.”

Apart from this, the office had “manoeuvred” around the problem of absent regulations and had managed to have the IG budget “ring-fenced” within the SSA.

Asked why he had not asked the JSCI for help during his torrid first months in the hot seat, Dintwe replied: “I would have reported ad nauseam to the committee and felt like a crybaby.” DM