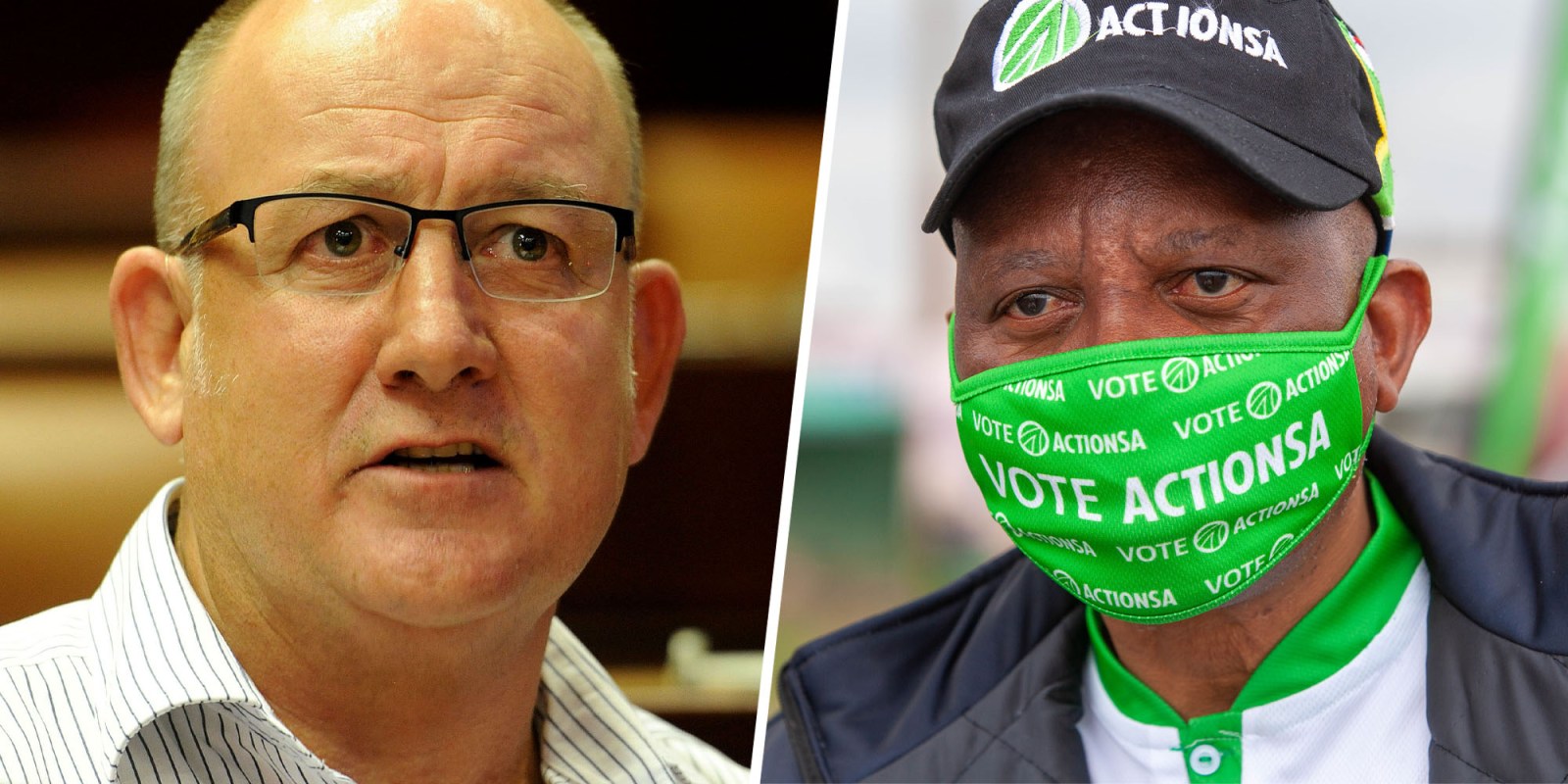 The former mayor of Nelson Mandela Bay and former DA federal chair Athol Trollip has joined the party after a two-year absence from politics.

“The reason I’m here today is because our heritage is being stolen,” Trolllip told a media briefing on Wednesday.

Trollip said he had been in conversation with ActionSA leader Herman Mashaba for a month after he stepped down from the DA in 2019. He said Mashaba called him in December 2019 and said he wanted to see him in January.

Trollip stepped down from the DA on 23 October 2019, moments after the resignation of then leader Mmusi Maimane. Trollip and Maimane’s exit followed that of Mashaba, then mayor of Johannesburg, on 21 October 2019.

While Mashaba advanced his reasons for leaving the DA as being the re-election of Helen Zille as federal chair, Trollip’s exit from the DA came on the back of a defeat to Zille for the role of federal chair.

Trollip said he believed he had a chance to grow ActionSA in the Eastern Cape.

He described himself as a politician of conviction rather than a career politician, saying: “It was my conviction, in fact, which led to my former political party being established.”

Trollip continued: “And I’ve come to learn that careerism and conviction are two constant and competing forces in politics. Unfortunately, careerism has blighted politics in this country because it’s about your own self-interest rather than serving your convictions.”

Trollip will serve ActionSA as its Eastern Cape provincial chair as the party develops ambitions to build structures and grow across the country ahead of the 2024 general elections.

“I’ve enjoyed it but it’s also been an illuminating time for me,” Trollip said of his two years away from politics.

In a brief statement earlier on Wednesday morning, ActionSA said: “This announcement is part of a series of high-profile individuals who will be joining ActionSA this year following a successful 2021 Local Government campaign. It also forms part of a critical component of ActionSA’s development – the deepening of our leadership pool.’’

Trollip is the second high-profile politician to join ActionSA in a matter of a few weeks. Bongani Baloyi was the DA Midvaal mayor before resigning from the party in December 2021.

Trollip was very diplomatic when discussing the DA: “I won’t malign my former political party because that would be completely unethical and disrespectful.”

As ActionSA’s EC chair, Trollip will need to constantly interact with the EFF – a task he is no stranger to, having worked with the party in a coalition in Nelson Mandela Bay.

Trollip said the issue of the EFF was one of the first things he discussed with Mashaba “because I knew where he stood with the EFF”.

Said Trollip: “I have some history with the EFF obviously and I’ve learned some very useful lessons from interacting with the EFF.”

“The EFF is clearly a very racist organisation,” he said, adding that he was confident his party would walk away from anything that was “against the principles and position that ActionSA stand for”.

He said he did not believe that Mashaba was bowing to EFF leader Julius Malema and said Mashaba was in a formal cooperative agreement with the EFF in Johannesburg.

“My experience working with the EFF in Nelson Mandela Bay is that they would leverage their position to get whatever they wanted, and whenever we needed them to do something it would be on a transactional basis. If you want to do this, what are you going to give us?” said Trollip.

“Julius had said he was going to cut the throat of whiteness, but there is nothing he could do because he had no majority.”

Justifying his party’s interaction with the EFF, Mashaba concurred: “No one of us has the outright majority to form their government on their own. To have a majority we have to invite the EFF. We should not deceive the people and say we have a majority.”

He added: “I’m very motivated to get involved in this project because they say when you put a clown in a palace it doesn’t make him a king, but it turns the palace into a circus, and if you have a TV you will see what is happening in this country across all the municipalities – real circuses – which means that there are clowns busy in those circuses.

“I was part of a circus here in this city. I know how it feels like and I want to see if we can change that and bring some sense, respectability and respect for voters back into government.” DM