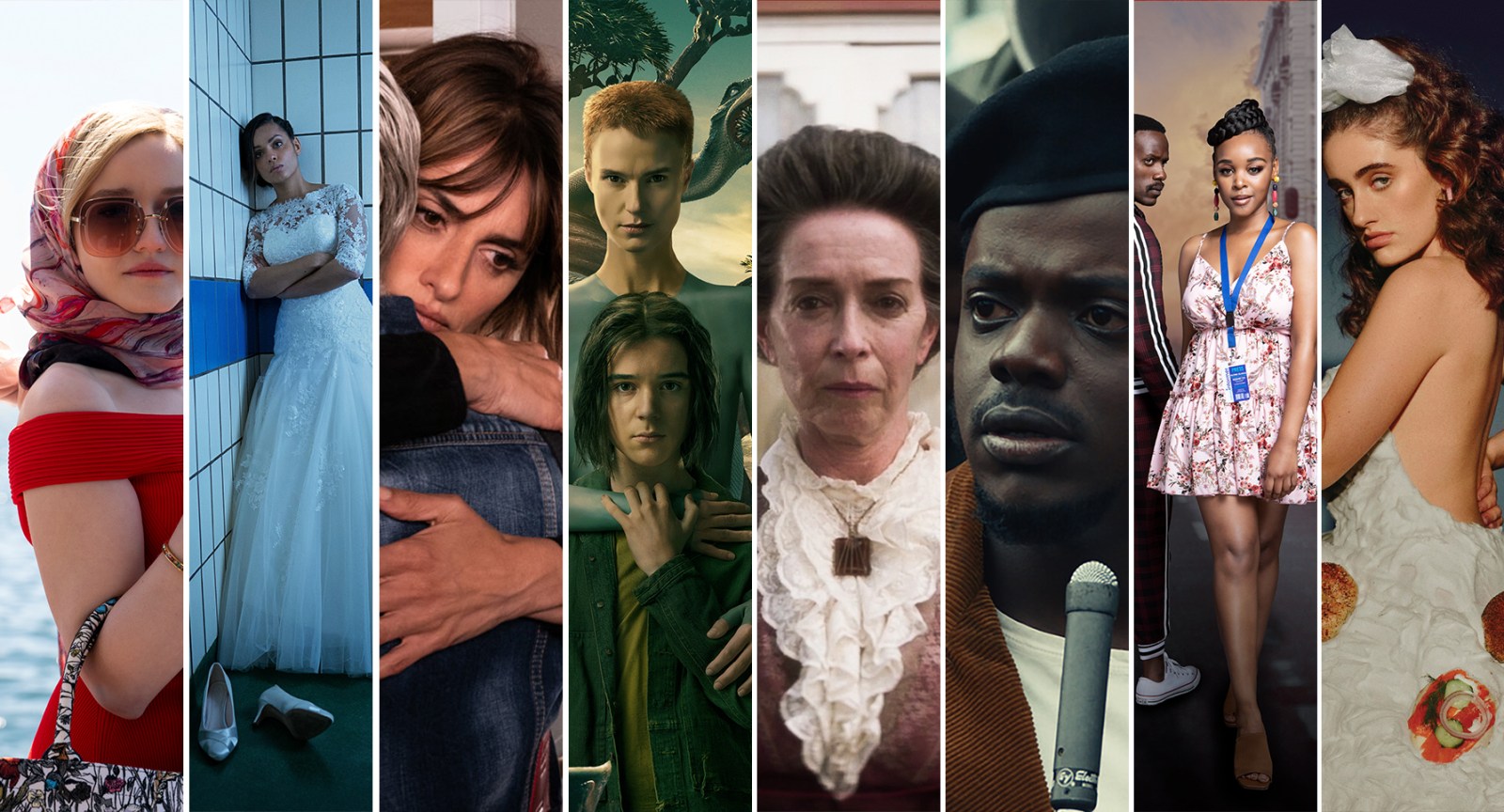 Maverick Life’s pick of films and series to look out for in February 2022 on Netflix, Showmax, Apple TV+, and in cinemas.

The latest film by Spanish director Pedro Almodóvar is an exuberant comedy-drama about the converging stories of two single women who give birth at the same time in a maternity ward. Penelope Cruz shines as the star of this exploration of motherhood and kinship. Read the full review here.

A Jewish cringe-comedy, written with a cheeky intelligence by Emma Seligman, about a bisexual college student navigating torrential awkwardness at a Shiva (Jewish gathering of loved ones in a time of mourning) where she unexpectedly finds both her ex-girlfriend and secret “sugar daddy”.

The Worst Person in the World: 4 February

Renate Reinsve won Best Actress at Cannes 2021 for her role as Julie in this uncharacteristically profound Scandinavian romantic comedy. Director Joachim Trier playfully chronicles four momentous years of Julie’s whirlwind twenties as she reinvents her career, relationships and sense of self.

Death on the Nile: 11 February

In this adaptation of Agatha Christie’s novel, director Kenneth Branagh returns to the screen as Detective Hercule Poirot in the follow-up to his 2017 Christie adaption Murder on the Orient Express. It’s a traditional Christie whodunnit murder mystery in the canned context of glamour and prestige of the 1930s, this time on a cruise rather than a luxury train.

It’s a pretty empty month for Netflix this February, but Will Arnett should keep you entertained as the mustachioed Senior Detective Terry Seattle in this celebrity guest whodunit spoof comedy series. Each episode brings a celebrity guest (including Conan O’Brien, Ken Jeong, and Sharon Stone) onto the force to help Detective Seattle find the culprit in a scripted murder mystery, but the guests aren’t given a script – they’ll have to improvise their way to the culprit.

A limited-series drama based on the true story of how Anna Delvey conned New York with her legendary Instagram impersonation of a wealthy German heiress, told from the perspective of a journalist in the build-up to her trial. Starring Julia Garner, Anna Chlumsky, Laverne Cox and Arian Moayed.

Judas and the Black Messiah: 3 February

Daniel Kaluuya embodies the fury, power and charisma of Fred Hampton, the chairman of the Black Panther Party, in this electrifying, Oscar-winning biopic that tells the story of his famous assassination.

Raised by Wolves S2: Three episodes on 4 February, with new episodes every Friday

The next instalment of Ridley Scott’s sci-fi body horror series sees the two android parents and the human brood in their care venture to the other side of the planet. Once again filmed in Cape Town, season two also features award-winning South African actress Kim Engelbrecht. Full review of season one here.

The first film in a contemplative post-apocalyptic sci-fi trilogy set after not only Covid-19, but also a second pandemic known as The Shred – an airborne dementia, which has left humans roaming the world, confused and dangerous. Confined to an airtight glasshouse, a family’s struggle to survive in this harsh and isolated world is suddenly disrupted when they are found by a charming stranger.

The Wife S2: New episodes every Thursday from 17 February

The Showmax original telenovela based on Dudu Busani-Dube’s self-published novel, Hlomu the Wife, came out of nowhere last year, soaring to record-breaking popularity. The second season is based on her sequel novel, Zandile the Resolute, which focuses on the Zulu brothers crime syndicate from the perspective of the women who love them.

This murder-mystery series set at a high school reunion afterparty plays with the comedic value of differing perspectives of a single event. Each episode retells the same night from another suspect’s perspective (each time with new visual and stylistic gimmicks) to figure out who killed their pop-star ex-classmate. Created by Chris Miller and Phil Lord who worked together on 21 Jump Street and the acclaimed Spider Man: Into the Spider-Verse, we’re optimistic about how the film will weave these humorous threads.

Suspicion: two episodes on 4 February with new episodes every Friday

This eight-episode thriller drama based on the award-winning Israeli series False Flag stars Uma Thurman as a prominent businesswoman whose son is kidnapped from a New York hotel. Four British citizens who were at the hotel that night are deemed suspects, but their interrogation quickly devolves into a vortex of mistrust and conspiracy.

A dystopian series by Ben Stiller, which uses a far-fetched plot to comment on the ethical obstacle of maintaining work-life balance in the modern world. Adam Scott plays Mark Scout, who volunteers, along with his co-workers, to undergo a procedure to surgically separate their memories at work and during their personal lives. Unsurprisingly, Mark finds himself caught in a mystery which he is psychologically unable to confront. DM/ML