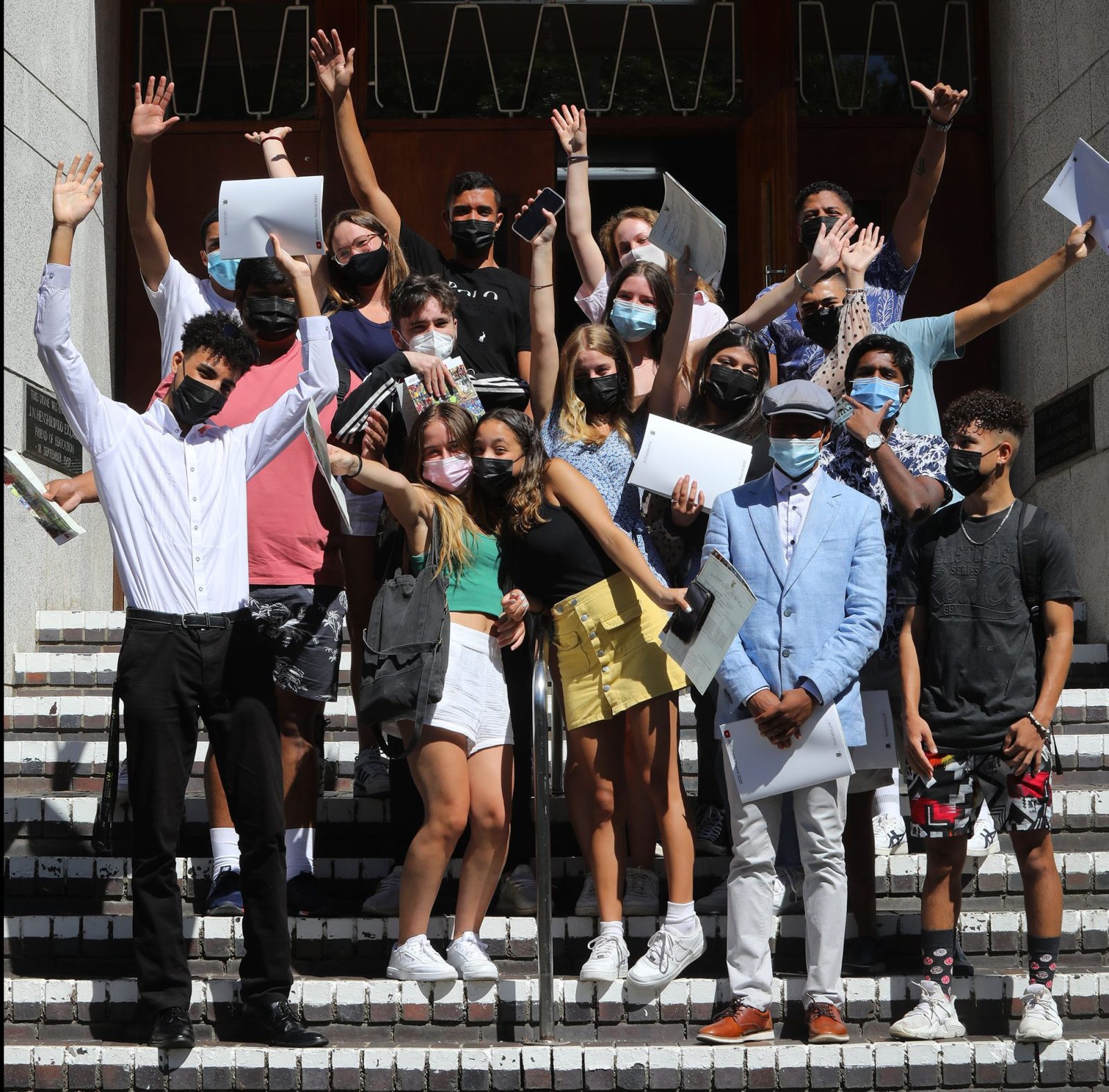 Matric class of 2021 get their results at Westerford High School in Rondebosch, Cape Town, this week. Picture: Shelley Christians

The Western Cape Education Department is celebrating the release of the 2021 matric results which saw the province achieve the highest number of students gaining Bachelor’s passes.

“Delighted” is how Western Cape MEC for Education Debbie Schäfer described the province’s 2021 matric pass rate of 81.2%. The pass rate increased by 1.3 percentage points, after 2020’s result of 79.2%.

The 2021 National Senior Certificate results were released on Thursday evening by Basic Education Minister Angie Motshekga. At the ceremony, she revealed this year’s national pass rate was 76.4%.

Schäfer did not attend Thursday’s ceremony in person, but watched with her team from the Western Cape Education Department (WCED) offices in Cape Town. In a statement issued after the results, Schäfer said “the Class of 2021 has had a tough two years — their Grade 11 year in 2020 was marred by school closures, with their grade going back to class later than many others”.

Schäfer said in addition to the increased pass rate, the province also scored its highest ever percentage of Bachelor passes at 45.3%. Bachelor passes in grade12 are requirements for those wanting to pursue higher education at universities. Schäfer also pointed out increases in mathematics and sciences pass rates. The province’s mathematics rate was 72.4% (an increase of 1.6% points) and Physical Science stood at 77.1% (up by 2,2% percentage points).

“We congratulate our specialist teachers for their efforts in these subjects, and our learners for their excellent performance,” said the MEC.

The top learners in Mathematics:

The top learners in Quintile 5 schools:

Matriculants can collect their results at their schools at 11am on Friday, or alternatively, via the department’s website: https://wcedonline.westerncape.gov.za/

In response to the release of the results, ANC provincial legislature spokesperson for education, Khalid Sayed said the party had mixed feelings about the results. In a statement, Sayed said the results were a victory for “every learner who despite the havoc and disruptions caused by Covid-19 and load shedding, went on to write their final school exam”.

Sayed pointed out that the province did not improve “significantly from last year’s overall results”. He said the party welcomed the improvements in the provincial district pass rates — with six districts now having a pass rate of above 80%. However, Sayed called on the WCED to put measures in place to support the Metro East Education District (in the eastern side of the City that includes Kuils river, Khayelitsha, Bellville, Somerset West and  Strand. This district, he says, “always achieves below 80%”. Sayed said the party was awaiting the results of school subjects which would give a clear picture of the province’s performance.

The WCED will on 25 January, brief the provincial legislature on the NSC examinations, pass rates as well as unplaced learners and the state of readiness for the 2022 academic year. DM