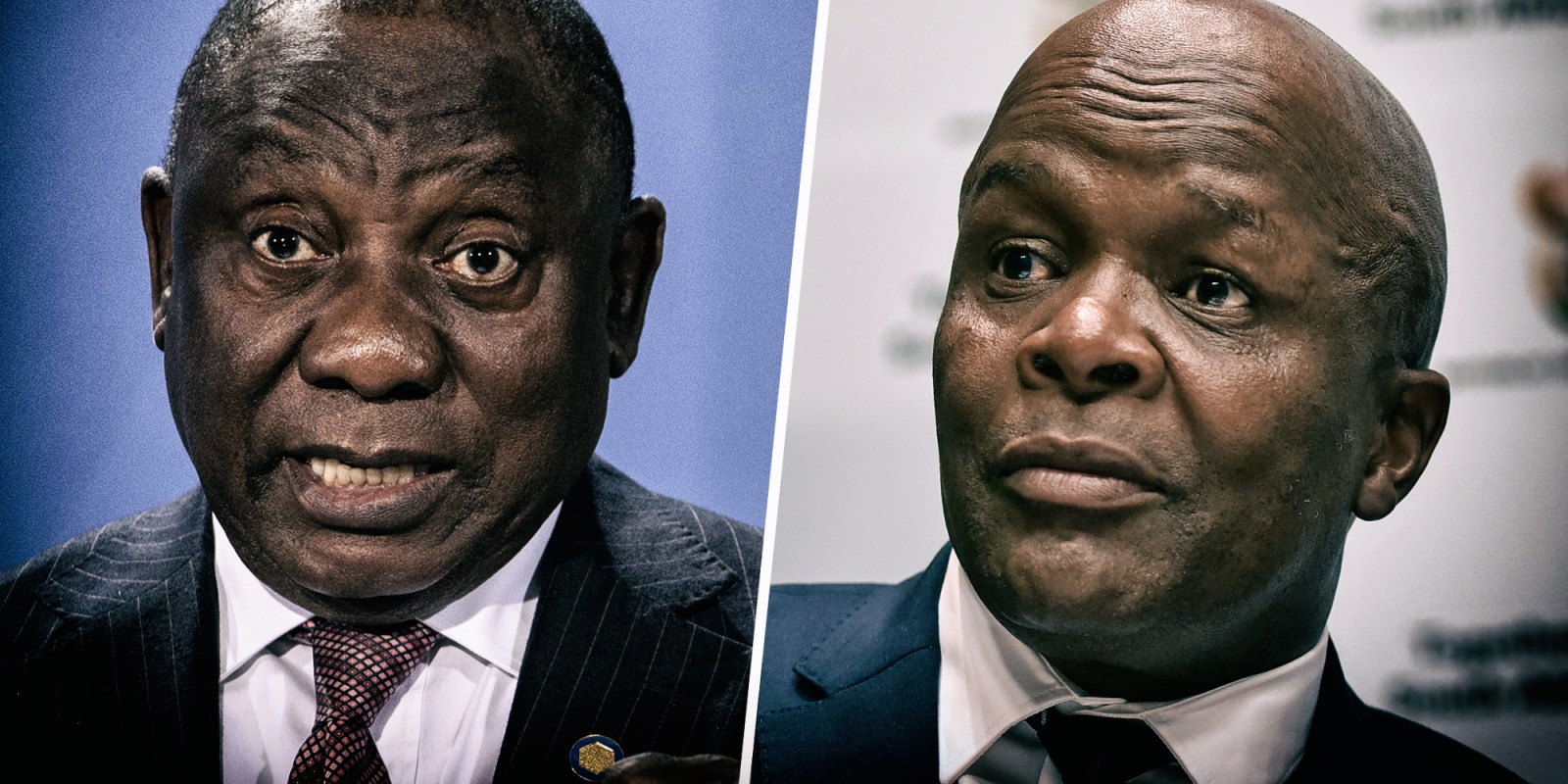 Mondli Gungubele is now in charge of one of the more difficult sectors of our state. His successes will be kept hidden, his failures will perhaps be quite public. And yet it is an absolutely crucial sector of our state to reform, especially in the year of the ANC’s elective conference.

On Monday afternoon President Cyril Ramaphosa announced that he was now assigning ministerial responsibility for the State Security Agency (SSA) to Minister in the Presidency Mondli Gungubele. While this marks an end of the takeover of the state security machinery by the Presidency, it also shines a spotlight on the problems within the entire apparatus. Considering Gungubele’s apparent political proximity to Ramaphosa, it should not come as much of a surprise.

On Monday the Presidency released a statement saying that Gungubele would now “assume political responsibility for the control and direction of the State Security Agency”. It also said the Constitution “empowers” the president to either assume these powers himself, or to assign them to a Cabinet minister.

Gungubele has given every impression of working towards Ramaphosa’s agenda. He’s a former mayor of Ekurhuleni; he then went to Parliament, and was a member of the committee that investigated State Capture at Eskom. This was while Jacob Zuma was still president, and was an attempt by some ANC MPs in Parliament to prove that State Capture was occurring.

When Ramaphosa won the presidency, Gungubele became deputy finance minister, then chair of Parliament’s social development committee and then minister in the Presidency.

On one level it’s not surprising that Ramaphosa has given him responsibility to manage the intelligence services. In many countries, the person performing this role is close to the president or prime minister. Intelligence services are almost always sensitive, and in many cases the bigger decisions are made by the president anyway. This means there needs to be a trusting relationship between these people.

This has even received judicial notice. In 2007 the Constitutional Court said that the then president, Thabo Mbeki, could remove Billy Masetlha as National Intelligence Agency director-general because there had been an irretrievable breakdown of trust. (Because this was the reason, the court also said the government should pay Masetlha the amount he would have received until the end of his contract; it is this judgment which has led to government officials receiving massive payouts when they are fired for alleged wrongdoing which is not proved.)

When he was president, Zuma appointed close allies like David Mahlobo to head the intelligence services. Mahlobo attained early fame when he presided over the jamming of cellphone signals in Parliament during Zuma’s 2015 State of the Nation Address.

Testimony at the Zondo Commission has shown how money was removed from the SSA headquarters and given directly to Mahlobo and to agents to play a political role.

Before then, Siyabonga Cwele was minister; his wife was convicted of drug trafficking while he was controlling state security.

These little nuggets illustrate a much bigger picture of how the political control of the intelligence services has been abused in our recent past.

Meanwhile, there is a mass of evidence of how the security services themselves have played a political role. As the high-level panel found in 2018, there had been massive wrongdoing within our intelligence services.

More recently, the most glaring failure of our intelligence agencies was the July 2021 violence in KwaZulu-Natal and Gauteng. It was obvious that there was both deliberate organisation and deliberate incitement that led to the violence being so effective.

Yet the SSA was not able to publicly predict this or to help with the response in any way. This was glaringly obvious to everyone. As a direct result of this failure, the then state security minister, Ayanda Dlodlo, was removed by Ramaphosa. Gungubele’s appointment to overall political authority is in effect a fallout of the SSA’s catastrophic non-performance.

Gungubele himself has been the victim of another failure of the SSA.

Last year Gungubele and Defence Minister Thandi Modise were taken hostage by a group of people who claimed to be liberation Struggle veterans. A police task team had to rescue them. The SSA clearly failed to predict that this could happen.

This points to one of the stranger aspects of political responsibility for the SSA. Often the actions of a minister are relatively easy to assess, both because of what they say and of what they do. Their actions are in the public eye.

But this position is different. Because of the nature of the SSA its actions are not public. The agency only makes headlines when things go wrong. As a result, it is difficult to know how successful it really is in reforming. Any mistakes or events, however, can be blamed on failures of the SSA, with consequences for those in charge of it.

However, Gungubele may have some advantages which those who have previously had political authority over the SSA have lacked.

First, in comparison to Mahlobo, Cwele and another former state security minister, Bogani Bongo, there appears to be little or no scandal linked to Gungubele. His reputation is relatively clean.

This may stand him in good stead.

Second, and it may be worth repeating this point, there is little or no evidence to show that Ramaphosa has tried to use the intelligence agencies in the past for his own political advantage.

This is in stark contrast to Zuma, who was clearly using the intelligence agencies for his own political gain, even before he was president, as the breakdown in trust between Mbeki and Masetlha in 2007 before the ANC’s Polokwane conference demonstrated.

There is another question to ask here.

Clearly, Ramaphosa has not decided to give Kodwa this overall political responsibility.

Kodwa was previously very close to Zuma, but towards the end of the Zuma era he moved to the Ramaphosa faction, tweeting while voting at Nasrec that he was going to cast his ballot for Ramaphosa.

Gungubele’s appointment may indicate that Ramaphosa does not trust Kodwa enough for this position.

But it may also be that the Zondo Commission has heard evidence against Kodwa, that he received money from the company EOH which he has not repaid.

Kodwa may well have findings against him in the second or third instalments of the Zondo Commission report when they are published.

Gungubele is now in charge of one of the more difficult sectors of our state. His successes will be kept hidden, his failures will perhaps be quite public. And yet it is an absolutely crucial sector of our state to reform, especially in the year of the ANC’s elective conference.