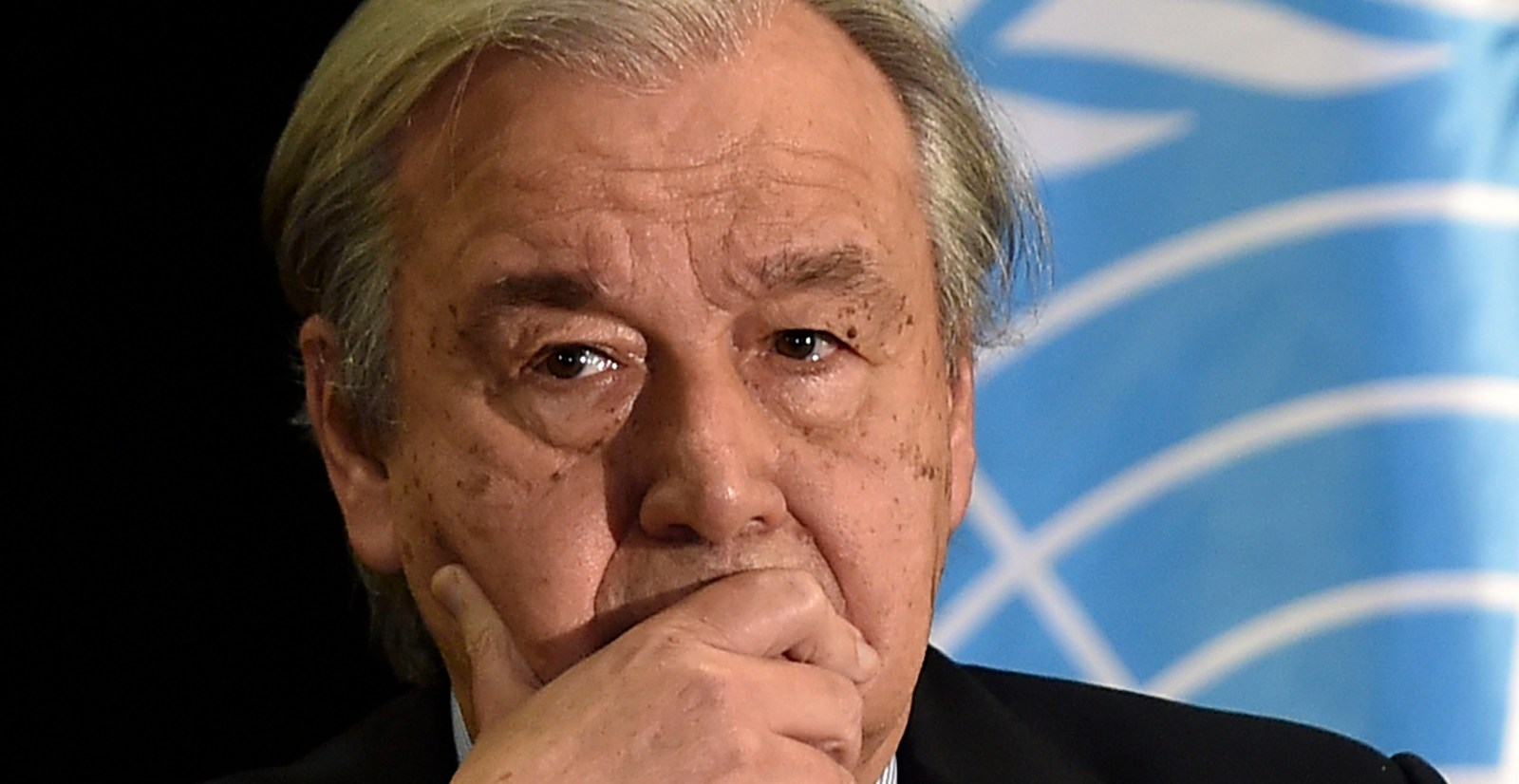 UN Secretary-General António Guterres said at the World Economic Forum on Monday that the targeted phase-out of coal should be a global priority and no new coal plants should be built. This is in contrast to DMRE Minister Gwede Mantashe’s stance. However, in line with Mantashe, Guterres did emphasise that developing nations faced obstacles when it came to the transition, and called for developed nations to assist.

UN Secretary-General António Guterres said during a special address at the 2022 World Economic Forum in Davos on Monday evening, 17 January, “The last two years have demonstrated a simple but brutal truth — if we leave anyone behind, we leave everyone behind.”

For the climate, this means, “if we fail to match climate rhetoric with climate actions, we condemn ourselves to a hotter, more volatile earth, with worsening disasters and mass displacement.”

Guterres’s speech emphasised how it was the responsibility of developed nations to help developing nations reach the climate goals, saying, “at the core of these failures is a global inability to support developing countries in their hour of need”.

Along with saying the world needed to deal with the Covid-19 pandemic with equity and fairness (citing that vaccination rates in high-income countries were seven times higher than in African countries), that the global financial system needed reform (citing that more than eight out of 10 recovery dollars were being spent in developed countries), Guterres called for global support of real climate action in developing countries.

Illustrating the severity of rising emissions and the climate crisis, Guterres said that despite needing to reduce global emissions by 45% by 2030 to keep average global warming at 1.5 degrees above pre-industrial levels, global emissions were set to increase by 14%.

“Even if all developed countries kept their promises to drastically reduce emissions by 2030 — and all developing countries achieved their Nationally Determined Contributions as written — global emissions would still be too high to keep the 1.5 degree goal within reach,” said Guterres.

The Paris Agreement is an international treaty to avoid dangerous climate change. Its goal is to limit global warming to well below an increase of 20C, preferably to 1.50C, compared with pre-industrial levels.

Guterres painted a realistic but dire picture of what the present warming of 1.20C since pre-industrial levels had resulted in, such as “soaring price tags”, the economic toll of climate-related disasters increasing by 82% in the past two decades and extreme weather in 2021 causing $120-billion in insured losses and killing 10,000 people.

Guterres said what should be prioritised was a phase-out of coal and for developed nations to support developing nations in this transition.

“The first priority must be a targeted phase-out of coal,” said the UN secretary-general, “No new coal plants should be built.”

Guterres explained that while many countries had pledged to make meaningful emissions reductions in the 2020s, others were not in a situation to take on that pledge.

“Other countries face enormous structural obstacles. They have an energy mix that relies on heavy dependence on coal. That stands in the way of progress for us all,” said Guterres.

The assistance includes the creation of coalitions of countries and “public and private financial institutions, investment funds, and companies with the technological know-how to provide targeted financial and technical support for every country that needs assistance”.

Developing nations have provided international assistance in the past, and Guterres noted that last week he took part in a meeting of the Glasgow Financial Alliance for Net Zero, which mobilised more than $130-trillion for the net-zero goal.

“The entire financial system should follow their lead,” said Guterres.

Guterres also made specific mention of South Africa’s recent just energy transition partnership to move beyond coal, in reference to the “watershed” deal that took place at the United Nations Climate Change Conference last year (COP26), in which the European Union, Germany, France, the UK and the US pledged R131-billion to help South Africa meet its climate action goals and transition from its heavy reliance on coal to cleaner and renewable energy sources.

The financing will take place over the next three to five years in the form of grants, concessional loans and investment and risk-sharing instruments, including mobilising private sector funding.

However, at an energy summit gala hosted by the South African Youth Economic Council on 14 January 2022, Mineral Resources and Energy Minister Gwede Mantashe said in his keynote address, “They will not give us that money.

“They will give [it to] us if we take it as a loan bearing interest rates. That is how it works, that is what the world is like.”

Mantashe said that due to grid constraints in areas where renewable energy was most productive (Northern Cape), R131-billion was R50-billion short for financing the upgrade of the national grid infrastructure.

Mantashe was also very clear about the wording that came out of the Glasgow Climate Pact at COP26.

“What came out of COP26, is phase-down of unabated coal power and inefficient fossil fuel subsidies,” said Mantashe, emphasising the word “down”.

“It’s not move out of coal… no, they say we must phase down. Meaning that we must be systematic in dealing with exit from coal.”

Daily Maverick previously reported that at the end of COP26, just before the outcome text called the Glasgow Climate Pact was adopted, the Indian delegation announced a last-minute change, replacing the words “phasing out coal” with “phasing down coal”.

South Africa, the most coal-reliant country in the G20, with Iran and Nigeria, agreed with the revision.

COP26 president, Britain’s Alok Sharma, apologised and said that the revision was “vital to protect the package” of decisions.

Even with the change, this is the first time that nations have been called upon to phase down unabated coal power and inefficient subsidies for fossil fuels.

South Africa’s Integrated Resource Plan (IRP) is not in line with the Glasgow Climate Pact, the Paris Agreement, or Guterres’s imperatives.

The IRP is the road map of SA’s energy future, predicting how much power we will need in the next 10 to 20 years. It last came out in 2019.

The latest IRP has plans for two 750MW of new coal-fired power scheduled for 2023 and 2027 respectively.

Guterres’s emphasis on developed nations’ (which are without a doubt the worst contributors of greenhouse gas emissions) responsiveness to help developing nations with the transition from coal is important to consider, but what might be pertinent to remember closer to home is his final remarks.

“It is encouraging to see the private sector take the lead, but it is essential to put pressure on governments to keep up and not be left behind,” he said at the conclusion of his speech.

“Many of today’s policies and regulatory frameworks are still an obstacle for private sector engagement. This needs to change,” said Guterres. DM/OBP