South African fashion: Why we need to pay attention 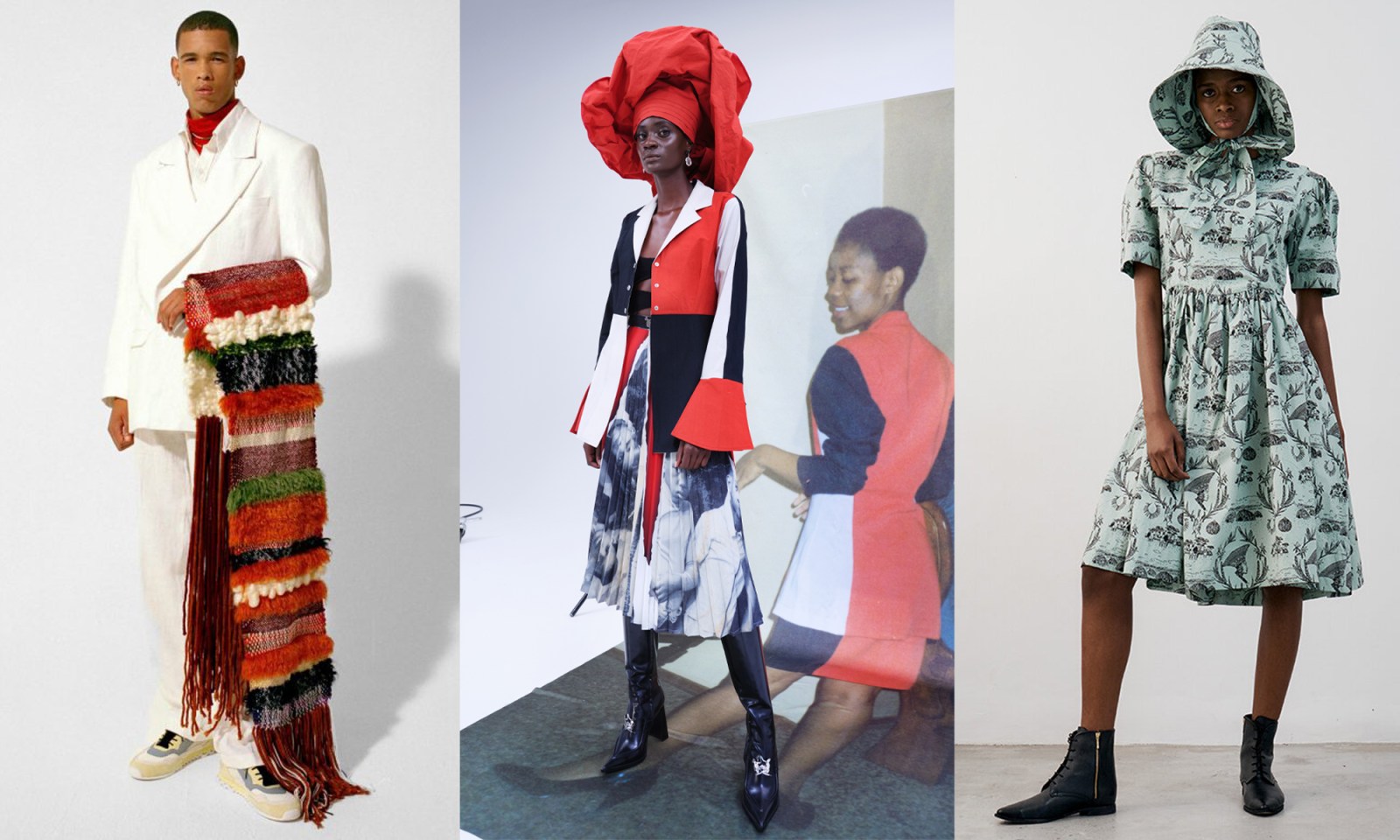 The fashion world often looks like a sort of infinite loop of creations, applauds, consternation – a snake eating its own tail, leaving many watching in perplexity: wait, what’s that? South African fashion is bringing a refreshing take on an ‘old’ world.

In many ways fashion – especially prêt-à-porter and couture – feels like an ethereal form of art: it pops up in shapes and textiles, in patterns and trends, only to disappear or be replaced a season later. It comes out often loudly and grandly at fashion weeks and events around the world, only for a show to last a few minutes before the curtain falls again, abruptly, leaving in its trail a series of images splashed on Instagram squares and billboards, heavy price tags dangling in front of our eyes like Ulysses’s sirens.

It’s a cycle, a sort of infinite loop of creations, applauds, consternation, outrage, more applauds – a snake eating its own tail, leaving many watching in perplexity: wait, what’s that? And pondering, at times criticising the unbearable pointlessness (and allure) of luxury fashion.

The thing is, that infinite loop of fashion creation, as “pointless” as it looked, was growing relatively consistently every year. In a story published in 2019, Maverick Life cited a November 2018 Luxury Goods Worldwide Market Study by Bain & Company, which noted that the global luxury market – which includes personal luxury goods, luxury cars and hospitality, fine and wine spirits, gourmet food, fine art, high-quality design and furniture, private jets and yachts as well as luxury cruises ­–  grew by 5 percent at constant exchange rates in 2018 to an estimated €1.2 trillion globally, with overall positive performance across all segments.”

Until an infamous month early in 2020 where the world ground to a halt, motionless, the hand of the pandemic slicing into the fashion loop with the precision of a pair of scissors cutting through silk.

Suddenly, like many other industries around the globe, things stopped: no more fashion weeks, no ads on billboards, the slow, almost flatlined pace turned fashion on its head, at least for a few months. Talk of sustainability, more considerate production, meaningful collections, and work with local artisans grew louder.

In this space, where fashion is forced to adapt to its environment, to be more intelligent and thoughtful, South African – and fellow African – designers are light years ahead of their Western counterparts. Agility, imagination and a deep, almost visceral concern for telling genuine stories through clothes is often at the core of the collections created by local designers. Having to design, promote and sell their work with barely any support and little help from the government, with access to luxurious fabrics that is often nonexistent, a Western market that has better and more connected infrastructures, South African designers, artists and creatives have to rely on ingenuity and backing each other up to move forward. And move forward they do – we should be paying attention.

In a 2012 interview with Luxury Society, former Vogue International editor Suzy Menkes explained: “There are two reasons why ‘Africa’ and ‘luxury’ should appear in the same sentence. The first is a new vision of what luxury means in the 21st century. Consumers, particularly in the western hemisphere, are beginning to prize objects touched by human hands – and the handwork in Africa is exceptional. From the work that the Tuaregs have done for Hermes to the bags that are created in Kenya for Ilaria Fendi and for Stella McCartney and Vivienne Westwood, African hands make artistic pieces, often with the added bonus of being sustainable and also ethical (…).

Take Thebe Magugu for example – the winner of the LVMH Prize (which granted him €300,000 and a one-year mentorship programme) in 2019 has always explained how each of his collections, since the launch of his eponymous brand in 2017, is inspired by an almost anthropological approach to design, where societal commentary, economics, South Africa’s complex and rich heritage, and intimate stories are stitched and printed into the garments. Check Genealogy SS2022 – the young designer created a collection based on old family photos, saying: “It’s this idea of memory as a reservoir for optimism”; a reminiscence of his 2016/17 project with fellow designer Rich Mnisi, titled Family Photos, the collection is imbued with intelligent and meaningful design.

Another recipient of the LVMH Prize, sustainable textile designer, Central St Martins graduate and Cape Town-based Sindiso Khumalo, launched her eponymous label in 2015, focusing “on creating modern sustainable textiles with a strong emphasis on African storytelling”. In fact, Khumalo designs the textiles in her collections “by hand through watercolours and collage”. Just one look at her garments is enough to understand how “conscious” her designs are: balloon-sleeves on tailored wide-leg pants, barely-there frills enhancing the top of a blouse, and everywhere prints that evoke the rolling green hills and lush landscapes of KwaZulu-Natal, where Khumalo is originally from; her silhouettes are feminine, powerful representations of black women “from the turn of the 20th century and up to the 1980s”.

In 2021, designer Lukhanyo Mdingi told Maverick Life: “Sometimes I feel like a broken record when I speak about the collective, but that is the essence of who we are. I believe in human beings. I believe in design and I believe that you need a community of people to reach your fullest potential.” He was sharing the vision behind the collection that won him the 2021 Karl Lagerfeld LVMH Prize. Mdingi puts immense consideration and attention into creating incredible garments using local fabrics like mohair and wool, gold threads running through bright reds; he met with producers in the Karoo, and worked with weavers from Philani, a Cape Town-based NGO dedicated to “improving child nutrition and empowering women from marginalised communities”. On the day he received the award, Mdingi explained that he “felt proud to be representing a community of individuals who had used their time, their talent and their trust as a means of service. I was also so proud to be representing my country.”

Talking about the collective, Rich Mnisi, known for his branded knitted jumpers and collections inspired by pop culture and modern South Africa, created Stories of Near, a sort of club, “a network of trailblazers that are redefining the African fashion landscape. The club is all about creating an ecosystem of stakeholders with common values and purposes.”

Outside of South Africa, we should also keep an eye on Dazed editor Ib Kamara’s striking work – the Sierra Leone-born and London-based stylist creates powerful and innovative imagery that is reinventing fashion visuals; Brother Vellies founder and creative director Aurora James – the designer behind Alexandria Ocasio-Cortez’s MET Gala dress “Tax the Rich” – is also the powerful force behind The Fifteen Percent Pledge, a non-profit organisation that invites “major retailers and corporations to join (the organisation) in creating sustainable and supportive ecosystems for Black-owned businesses to succeed”. Finally, Liya Kebede’s Lemlem, which she created in 2007, is all about clothes that are hand-woven in cotton that has been “cultivated on Ethiopian farms since ancient times”. The label focuses on sustainability and manageable quantities and orders, rather than massive growth at the expense of quality and craft. This is luxury. DM/ML