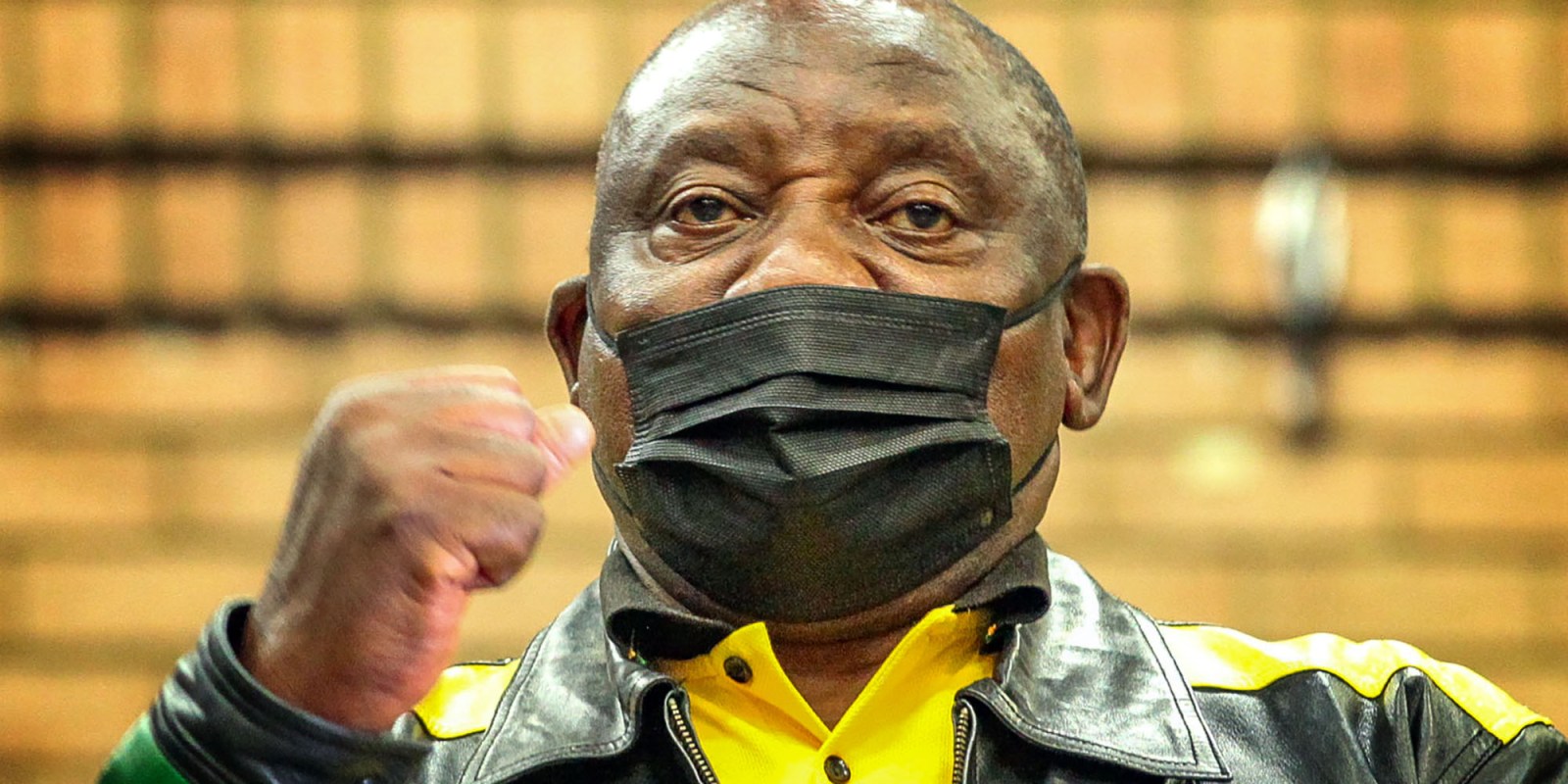 President Cyril Ramaphosa is likely to use the ANC’s 110th birthday celebrations on Saturday to again deliver a message of renewal like the one that got him elected ANC president in 2017.

The ANC January 8 rally in Polokwane takes place in a week that saw the National Assembly and some parliamentary offices gutted in a fire, followed by a hammer attack on windows at the entrance of the Constitutional Court.

The governing party was also seriously taken to task this week for its role in State Capture in Part One of Deputy Chief Justice Raymond Zondo’s report following a four-year inquiry led by him. There were even questions over whether the release of the report might have triggered the start of another insurrection attempt.

ConCourt gets hammered: Has Zondo’s first report triggered the start of a new insurrection attempt?

Ramaphosa, in his speech to an ANC cadres’ assembly in Limpopo on Wednesday, a day after the handover of the report to him by Zondo, told party members to read the 874-page report to “make sure we never, ever find ourselves as a country subjected to State Capture”, News24 reported.

He also called those in the ANC who were “tempted to push back and challenge the report in our ranks” not to do so, and rather to “return the ANC to again being an entity that is trusted by the masses”.

Supporters of former president Jacob Zuma, including his daughter Duduzile Zuma-Sambudla, have called on people to ignore Zondo’s report, while Jacob Zuma Foundation spokesperson Mzwanele Manyi denigrated Zondo’s findings by saying there was no evidence that he enabled State Capture while he was head of the Government Communication and Information System.

Ramaphosa, in what is set to mark a start to his re-election campaign year ahead of the ANC’s electoral conference in December, is likely to strongly reiterate his anti-corruption message and to promise decisive action on those implicated in the Zondo report.

Other ANC leaders, like Deputy President David Mabuza, party Chair Gwede Mantashe and Treasurer-General Paul Mashatile, have been addressing meetings of religious and traditional leaders in Limpopo ahead of Saturday’s rally. Party insiders say the three are positioning themselves to be running mates on an election slate that could exclude Ramaphosa.

The Zondo report has also featured in their speeches, although seeing that a number of ANC leaders and the party itself are implicated in the report, the rhetoric within the party on the implementation of the report’s recommendations could diverge with time.

The ANC on Tuesday said the party’s National Executive Committee “will put in place mechanisms to process any parts of the commission report that pertain to the organisation, its deployees or members”.

The ANC’s birthday rally this year will mark an important opportunity to take stock of where the party finds itself, as it is not only the party’s 110th birthday, but will also mark 50 years since ANC President Oliver Tambo delivered the party’s first January 8th birthday statement in exile.

The format is new too. Unlike last year, when there was no gathering and when Ramaphosa’s speech was broadcast, there will be a rally in the old Peter Mokaba Stadium with only 2,000 pre-registered members allowed to attend due to Covid-19 lockdown regulations.

It will be a hybrid event, broadcast at public viewing points in various regions.

Ramaphosa set the tone for caution when he walked out of an “oversubscribed” event organised by the ANC Women’s League (ANCWL), due to non-compliance with Covid-19 regulations.

Some of his detractors accused him of escaping a situation in which he might have found himself booed, but the ANC and ANCWL in a joint statement afterwards said league President Bathabile Dlamini made a call to postpone the event.

“We have, as the ANC, drawn the necessary lesson of the need to tighten access control into our events to avoid the possibility of them becoming superspreaders,” the statement read.

It is a much smaller and — more importantly to the cash-strapped party — much cheaper event than in previous years.

“It’s like a coming together of comrades who have not been in this environment [for some] time,” organiser Nomvula Mokonyane said during a briefing on Thursday on the party’s readiness for the event.

“We’re doing everything with the little that we have, and things are coming together,” she said.

In response to a question on how the ANC could spend money on an event when its own staff members haven’t been fully paid, Mokonyane said the party was “quite mindful that we can’t go overboard”.

Some of the unpaid staff members had even volunteered to help organise this week’s celebrations, she said.

“They show over and above being deployees of the ANC they have a political and organisational responsibility to help rebuild and renew the ANC and to make this event a success,” she said.

Mokonyane, however, said a purported programme in the province in which suspended Secretary-General Ace Magashule is set to participate, and that would involve the donation of sports kit, hadn’t been officially sanctioned by the party.

Magashule’s conditions of suspension would preclude him from taking part in such a programme. “Where people are doing their own events, let it not be in the name of the ANC,” Mokonyane said.

Deputy Secretary-General Jessie Duarte is on sick leave and has been off for more than a month.

Mokonyane said the ANC’s birthday celebrations always brought tourism to the towns where these events happened and that ANC members and non-members alike were expected to come from other provinces to “meet friends, chill in hotels or in the parks”. DM