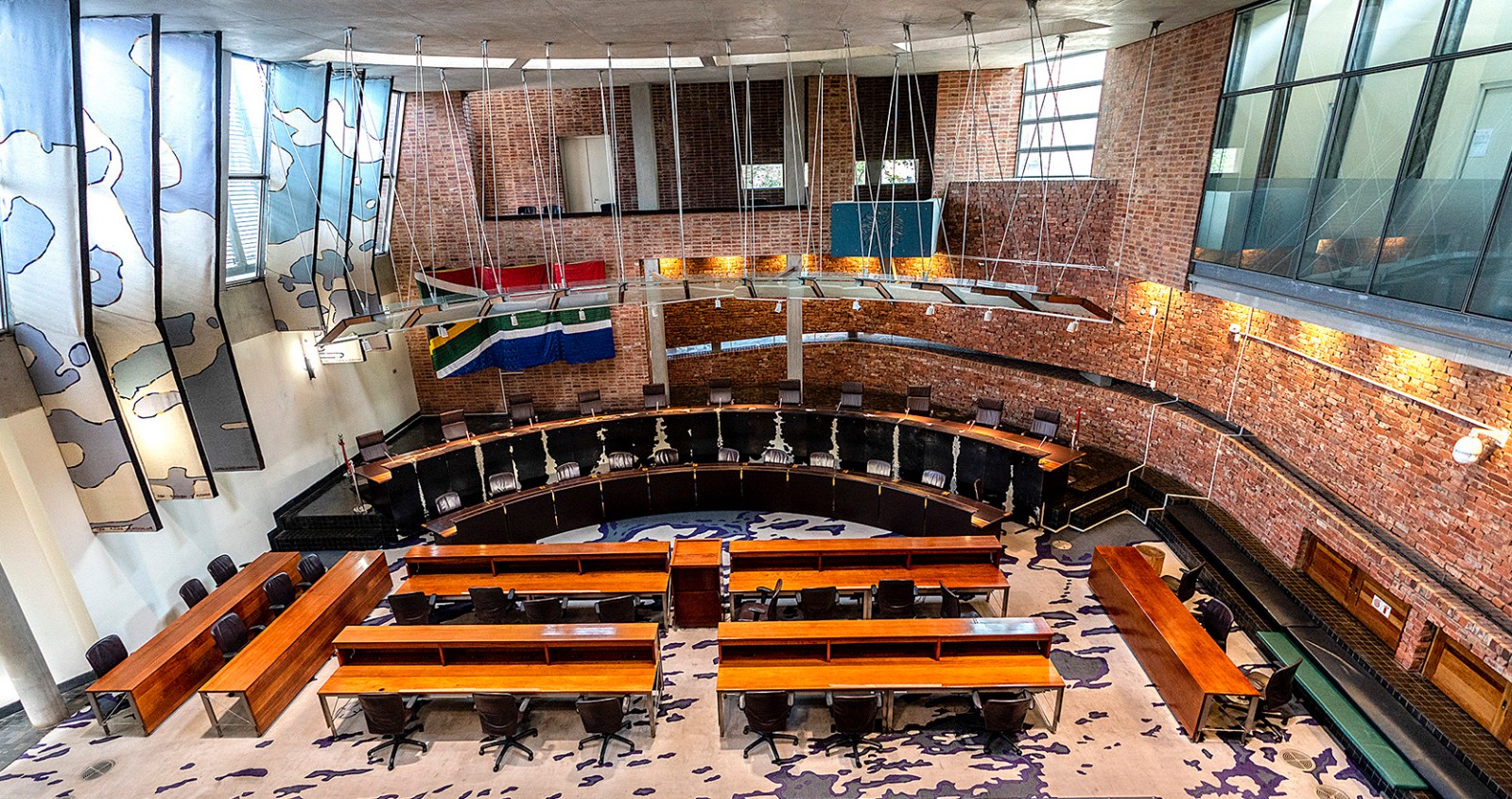 16/12/2021 In the recent Constitutional Court judgment Thubakgale v Ekurhuleni Metropolitan Municipality, Majiedt J opined at the lack of progress South Africa has made to realise the socio-economic rights of people in South Africa, such as the right to housing, healthcare and education. (Photo: Shiraaz Mohamed)

In the recent Constitutional Court judgment Thubakgale v Ekurhuleni Metropolitan Municipality, Justice Majiedt opined at the lack of progress South Africa has made to realise the socio-economic rights of people in South Africa, such as the right to housing, healthcare and education.

In the context of the constitutional right of access to housing, which the applicants in the case had been denied since the adoption of the Constitution, Majiedt stated:

“…the state has not only failed to realise the fundamental right to access to housing, but

has conducted itself in such a way that one can only reasonably conclude that it refuses to realise this right.”

It is not only in the area of housing that South Africa has failed to fulfil its socio-economic rights obligations. In its latest assessment on South Africa, the United Nations Committee on Economic, Social and Cultural Rights found South Africa has made insufficient progress on four key areas related to the realisation of socio-economic rights. In its 2018 Concluding Observations on South Africa, the committee made numerous recommendations on actions the government should take to realise the rights protected in the International Covenant on Economic, Social and Cultural Rights. The committee also required South Africa to report after two years on four of its recommendations requiring urgent action.

These were to (1) develop a composite index on the cost of living, (2) ensure access to social assistance for people between the ages of 18 and 59 with little or no income, (3) adopt the Social Assistance Amendment Bill of 2018 to increase the level of income support given to relatives caring for orphaned children, and (4) ensure access to education for undocumented and migrant, refugee and asylum-seeking children. Both the government and civil society shared information with the committee on the extent to which these recommendations had been acted on. As outlined in a previous op-ed, submissions from civil society organizations pointed to a number of shortcomings in this regard.

On 10 November 2021 the committee released its observations. Echoing many of the concerns raised by civil society, it found that South Africa had made insufficient progress on all four recommendations. The committee stated that South Africa’s chosen composite index on the cost of living – the consumer price index (CPI) – was an insufficient measure for an adequate standard of living. It acknowledged that South Africa had begun policy work regarding the provision of social assistance for people between 18 and 59 with little to no income. In particular, the committee noted South Africa’s consideration of a universal basic income grant. However, it concluded that the government’s report on this area lacked detail and that the policy work was insufficient. This finding is particularly salient in light of the recent expert panel report released by the Department of Social Development, International Labour Organisation, and Joint SDG Fund, in which it was found a basic income grant was a necessary measure to alleviate poverty. While the committee appreciated the passing of the Social Assistance Amendment Bill, it concluded there was a lack of progress concerning the actual coming-into-force of the Bill or the necessary publishing of regulations for the Bill to take practical effect. Finally, while it acknowledged that the legal requirements for the submission of documentation for undocumented learners had been removed; it recognised that on the ground schools remain uninformed of their obligation to admit learners regardless of their lack of documentation. Practically, therefore, undocumented pupils continue to be denied their right to basic education.

As civil society organisations concerned with strengthening accountability for the commitments the country has made to realising people’s socio-economic rights, these findings are both encouraging and discouraging. On the one hand, they demonstrate that international bodies are paying close attention to the gaps between rhetoric and reality. On the other hand, they are a damning indictment of South Africa’s failure to take sufficient measures over the past three years to address the  recommendations made by the committee in 2018. The committee made around 100 recommendations at that time. If action on these four – identified by the committee as urgent priorities – is so poor, it’s doubtful the rest will fare much better.

Broader policy trends give us even greater cause for pessimism. In particular, the government has committed to continuing to cut social spending, undermining the investment needed for the fulfillment of socio-economic rights. Such spending cuts have worsened inequality and the material deprivation that the vast majority of people in the country is subject to. In March, the Fiscal and Financial Commission, in a Supplementary Comment on the 2021 Budget, noted Treasury’s silence on the constitutional implications of the huge slashes made in health, education and social grants. Despite the government’s constitutional obligation for human-rights based budgeting, it continues to essentially ignore its socio-economic rights obligations when budgeting. Ignoring the evidence of the deleterious effects of reducing social spending, South Africa remains obstinate in its position to continue cuts.

Acting on the committee’s recommendations isn’t just about living up to recently made international commitments. South Africa only ratified the covenant in 2015. But socio-economic rights were included in the Bill of Rights in the Constitution in 1996 – a quarter of a century ago. As Sandra Liebenberg writes, a fundamental reason why socio-economic rights were constitutionalised in South Africa was in recognition of the material, social and cultural destruction wrought by centuries of colonialism and apartheid. The conditions in which people live and work and the resources they have access to is directly linked to the fulfillment of human dignity. As we celebrate the 25th anniversary of South Africa’s much-lauded Constitution, we call upon the government to urgently take appropriate steps to implement all of the recommendations made by the committee. Doing so is one tangible way of demonstrating its commitment to the Constitution’s vision of a society based on human dignity, substantive equality and healing the injustices of our apartheid and colonial past. DM/MC