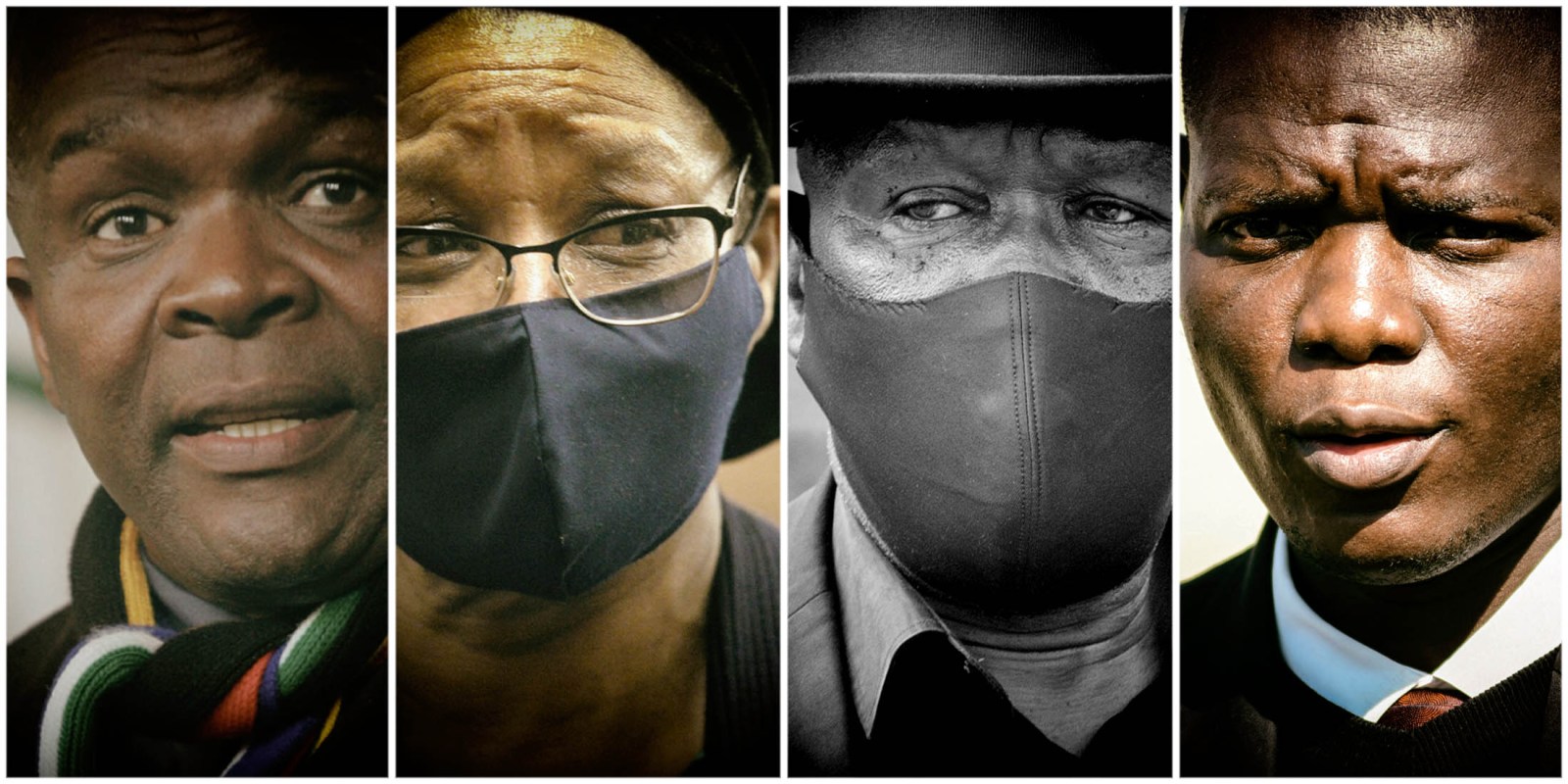 Amid anxieties over Omicron and Wednesday’s court ruling to send former president Jacob Zuma back to prison, the Justice Crime Prevention & Security (JCPS) cluster briefed the nation on Thursday on festive season safety precuations. The emphasis was on Covid-19 safety protocols and vaccinations, and a promise that safety enforcement have ‘learnt their lessons’ after the unrest in July. The SANDF is also being deployed to maintain safety on certain roads.

Amid anxieties over Omicron and Wednesday’s court ruling to send former president Jacob Zuma back to prison, the Justice Crime Prevention and Security (JCPS) cluster briefed the nation on Thursday on the safety precautions at the start of the festive season.

The emphasis was on Covid-19 safety protocols and vaccinations, and a promise that safety enforcement have ‘learnt their lessons’ after the unrest in July. The SANDF is also being deployed to maintain safety on certain roads.

On this Day of Reconciliation, some South Africans may be relieved to know that the country will not be shifting to heightened lockdown restrictions this festive season, as announced by the JCPS cluster on Thursday.

What seemed of greater underlying concern to the cluster was public fear that Wednesday’s Gauteng High Court ruling in the Jacob Zuma matter could plunge the country back into the turmoil that ravaged it in July.
“The members of the South African police, including all the law enforcement agencies as a country, have learnt their lessons last July, and the experiences gained from there will be used and utilised to make sure that South Africa remains safe, stable and calm, and all people in South Africa protected, together with their properties,” said Minister of Police, Bheki Cele.

Earlier this year, Zuma was sentenced to 15 months in jail by the Constitutional Court, for refusing to testify at the Zondo Commission’s inquiry into State Capture. A series of riots and lootings followed, believed to have been instigated by outraged Zuma supporters, and exacerbated by pent-up frustrations of poor South Africans. By August, Zuma was released on medical parole.

A High Court ruled on Wednesday that Zuma’s medical parole was unlawful, and that the former president must return to jail, a ruling that is being appealed by both Correctional Services and Zuma. The court order has stoked concern that this could spark national unrest.

Justice and Correctional Services Minister, Ronald Lamola repeatedly called for South Africans to remain “calm”. “It is important that we allow the due processes of the law to take its course. The parties themselves are engaging on the matter in the court processes,” said Lamola. “Inflammatory statements and unwarranted attacks on the judiciary will not help the process… We need to be as calm as possible and allow all the necessary processes of due process of the law to unfold, as in terms of our architecture of a constitutional democracy.”

Minister of Defence and Military Veterans, Thandi Modise confirmed that defence forces will “take over just the toll roads and the toll gates”.
“That decision was taken because we cannot afford a situation as a country where trucks block very strategic economic routes, which not only affect South Africa but affect the whole of SADC,” said Modise. “We will not hesitate, if we are approached, to be on standby.”

As to whether or not the SANDF will be deployed more broadly for December, Modise said that if any issues arise that create national security concerns for life, property or the economy,  “defence gets interested”. For the time being, Modise noted that “we have not actually decided to get on standby simply because there is a court ruling”.

Adding to Modise’s comments, Cele said: “We have met with the management and leadership of the South African police and defence to make the preparations that the responses and reactions are much better this time, and we believe that they are on the ground in preparation for that as we speak.”

In response to a question from the media regarding the status of a state report into the July unrest, Minister in the Presidency, Mondli Gungubele, said that while he is not in a position to comment on the matter at this time, it is to his knowledge that the report is nearing “the end of the process”.

Covid during the festive season
While many expected a national address – a family meeting –  to take place before the start of the festive season, this was halted by the announcement that President Cyril Ramaphosa recently tested positive for Covid-19, following a seven-day West Africa tour. Instead, the Department of Health issued a statement on Thursday that emphasised trust in the public to maintain safe practices during these holidays, and the importance of getting vaccinated, particularly for those travelling.

“We call upon all travellers, especially those who are unvaccinated or partly vaccinated coming from areas declared hotspots, to get vaccinated before hitting the roads to protect their families and friends they will be visiting during this period associated with large-scale social gatherings, like parties and weddings, which can be ‘super spreader’ events that carry huge risk of transmission of the virus,” said Minister of Health, Dr Joe Phaahla.

Cele spoke to the issue of gender-based violence, appealing to South African men to “take a stand and end the scourge of violence against women and children”, and urging the public to “report all perpetrators without delay”.
Cele added that other holiday safety concerns, such as road crashes and child safety, are of great importance to crime prevention interventions. In terms of road safety, he appealed to the public to drive responsibly, take regular breaks to prevent driver fatigue, and ensure the roadworthiness of their vehicles.

On the matter of child safety, Cele said police will be on high alert, and urged parents and guardians to be vigilant of their children, specifically around pools and beaches, and ensure that they wear the necessary safety equipment.
“Police and law enforcement will be out in full force this festive season to ensure the security and safety of everyone,” said Cele. DM