Zuma to appeal rescission of parole, argues returning him to prison would be a ‘death sentence’ 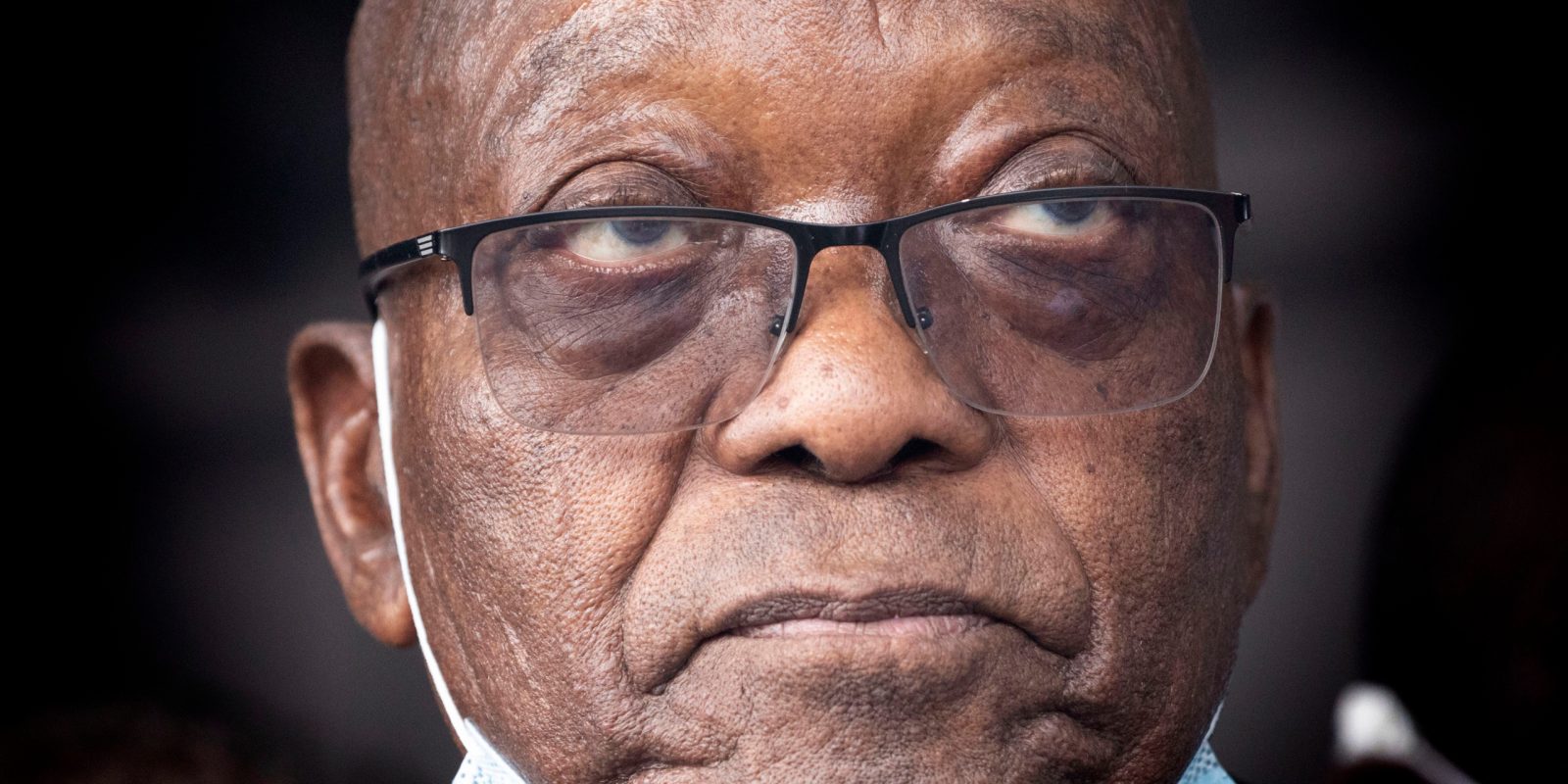 Former president Jacob Zuma’s legal team believes that his special right to personalised medical care provided by the national defence force because of his status would be violated should he again be incarcerated.

Zuma being returned to jail would also be tantamount to “the death sentence”, according to his legal team.

Attorneys for Zuma filed a notice on Wednesday to appeal the high court judgment that earlier on 15 December ordered the former president to return to prison to complete his 15-month sentence for contempt, on the grounds that his being granted medical parole by the then correctional services head and Zuma acolyte, Arthur Fraser, was unlawful. Both men were hit with cost orders.

The Department of Correctional Services said that it too would be appealing the decision, as it was “convinced that another court may arrive at a different conclusion”.

“DCS is of the view that the court sadly misinterpreted the Correctional Services Act and erred in declaring the decision of the National Commissioner to place Mr Zuma on Medical Parole to be unlawful and setting it aside. We will outline the grounds of appeal in the papers that we will be filing in court in due course,” said the department via a statement.

It is likely Zuma’s legal team anticipated Wednesday’s loss at the North Gauteng High Court, with the appeal being papers released within a matter of hours of the judgment being handed down.

Zuma’s leave to appeal suspends the order that he returns to prison. His legal team said there were “overwhelmingly good prospects of success” should the appeal be heard.

The lawyers contend that Judge Keoagile Matojane erred or committed “gross misdirections of fact or law” when he failed to acknowledge, among other things, the “overwhelming evidence that no correctional facility in South Africa is capable of accommodating the undisputed medical needs of [Zuma], who is entitled to 24-hour medical care from the South African Medical Health Services (SAMHS).”

“In this regard, the substitution order amounts to cruel and degrading punishment with no due regard to [Zuma’s] healthcare, dignity and other human rights. It is the antithesis of ubuntu….”

Judge Matojane said in his judgment that Fraser granting the former president medical parole on 5 September, despite the Medical Parole Advisory Board (MPAB) just days earlier not recommending such, was an “unlawful intervention” that undermined respect for the country’s courts, the constitution, and the rule of law.

Zuma was ordered back to prison, with the time he spent on medical parole not being counted as fulfilling part of his sentence.

The urgent applications had been brought by the Democratic Alliance, Helen Suzman Foundation and AfriForum.

The DA had sought that the parole decision be declared unlawful, reviewed and set aside and to substitute it with a decision refusing medical parole, and that Zuma be returned to prison.

The Helen Suzman Foundation had sought an order that Zuma’s time on medical parole not be counted towards completion of his sentence.

AfriForum had sought a declarator from the court that the MPAB is the statutory body to recommend the appropriateness of medical parole in terms of the Correctional Services Act, and that the national commissioner of correctional services could not make such a determination, and should refrain from doing so. This too was granted.

The lawyers for the applicants argued that Zuma did not satisfy the requirements for medical parole as per the Act, because he was not  “suffering from a terminal disease or condition” and was not “rendered physically incapacitated as a result of injury, disease or illness so as to severely limit daily activity or inmate self-care”.

But in his application, Zuma’s legal team said that none of the three organisations had any business being involved in the court proceedings to challenge his release on medical parole as they were “pursuing a political rather than a legal agenda”.

Too, according to Zuma’s legal team, the judge had erred when he “second-guessed” and/or overruled “the expert and professional opinion of qualified medical experts”, given that the applicants did not present contrary medical evidence from experts. The court itself did not have any medical expertise that was sufficient to make any contrary finding, according to the legal team.

Fraser had said in his submission that he decided to grant medical parole to the “frail” 79-year-old, who has various comorbidities, on the strength of several medical reports from the military health service, and a report from Dr Mphatswe, a member of the Medical Parole Advisory Board.

And, said Fraser, the head of Estcourt Correctional Centre, where Zuma was incarcerated, had expressed concern that should Zuma need medical assistance, the facility would not be able to provide “the type” needed.

The newly refurbished Estcourt Correctional Centre has been hailed by correctional services as being “state of the art”, with an extensive medical wing, which is why Zuma was incarcerated there instead of at Westville prison, where he was initially meant to serve his sentence.

Nevertheless, Fraser had also said that he overruled the Medical Parole Advisory Board because of exceptional circumstances: A former head of state had never previously been incarcerated, and should Zuma have died in prison, there was a fear that the type of violence experienced during the July riots could reoccur.

The judge dismissed these as “irrelevant considerations”, saying that nowhere could they be found in the Act, and that threats of riots were not grounds for releasing an offender on medical parole.

Zuma’s legal team also hammered on about the judge referring to a  newspaper article in his judgment.

That article was submitted by the DA in its application and reported Zuma meeting with political allies Carl Niehaus and Dudu Myeni at Sibaya Casino on 15 October. Zuma had also addressed his supporters at a virtual prayer meeting the day prior. The judge said this showed that, as the medical parole advisory board had determined, Zuma was “not terminally ill or severely incapacitated and seems to be living a normal life”.

It was an “absurd notion”, said Zuma’s legal team in response, “that a terminally ill person cannot meet other people or address a prayer meeting”.

“The court grossly misdirected itself in making an unqualified diagnosis that, inter alia, because he can pray, Mr Zuma ‘is not terminally ill or severely incapacitated and seems to be living a normal life’. Such a conclusion flies in the face of all the objective medical evidence by trained and professional doctors.”

It was also gross misdirection to order that Zuma be returned to jail, said the legal team, as the conditions there were “far worse than the hospital ward from which his medical parole was granted on the basis that no prison could adequately cater for his constitutional rights. This is tantamount to the death sentence which was abolished in 1995 in South Africa”. DM