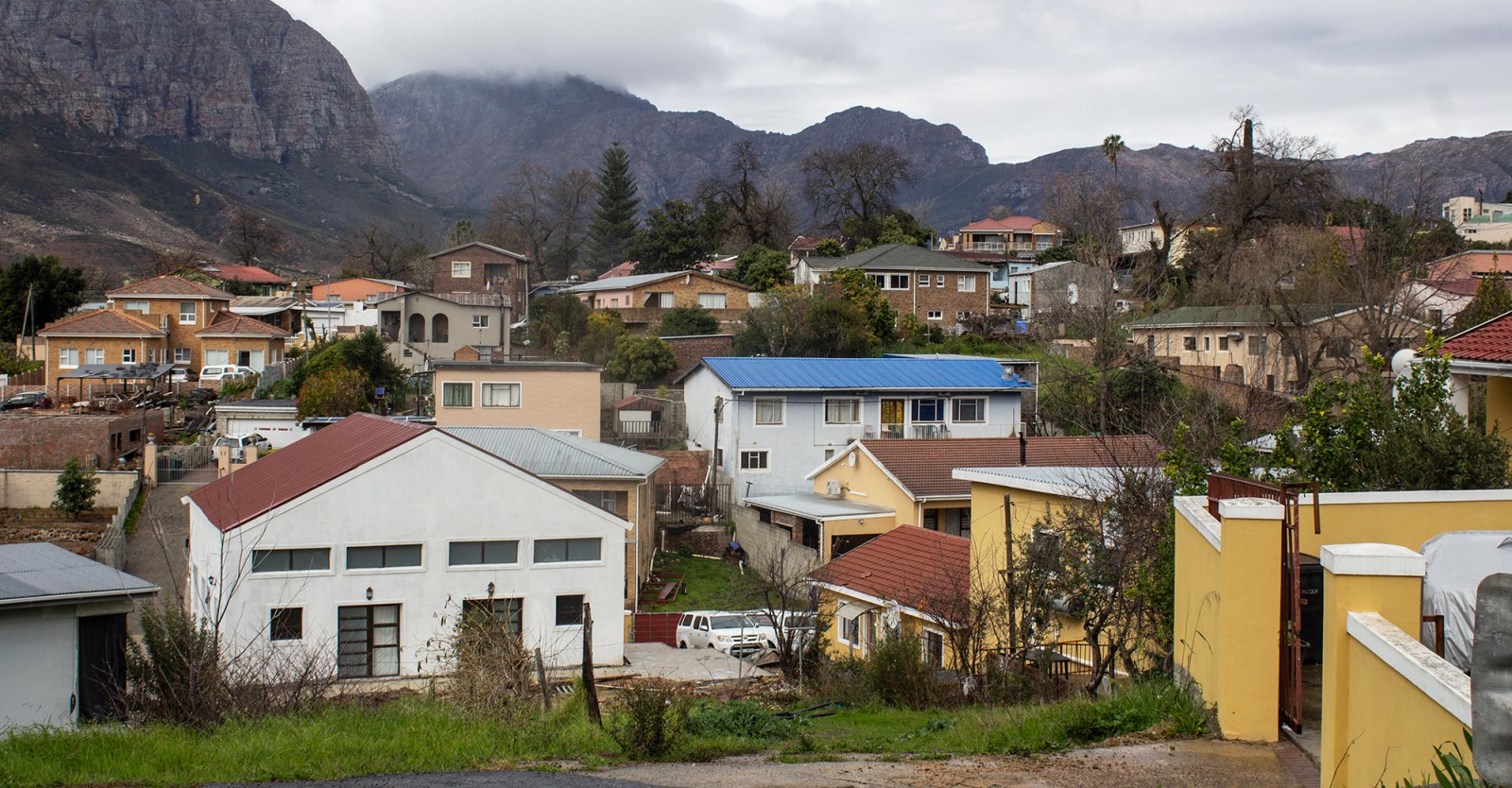 Before the former mission station, Pniel, was run by Stellenbosch Municipality, the area was self-governed by a local management board. (Photo:Rebecca Pitt)

The findings of a recent study on the impact of the pandemic on Western Cape municipal fiscal sustainability indicates that there was a ‘greater degree of resilience than expected’ in the province’s municipalities. Despite this, there are concerns about long-term sustainability, researchers say.

In a seminar on Wednesday, representatives from the School for Public Leadership at Stellenbosch University and the Hanns Seidel Foundation discussed findings and recommendations made in a recent report on Western Cape municipal financial and operational sustainability post-Covid-19.

“The discussion is timely. We have hung councils and coalition governance is in place, which means a lot of wrangling and negotiating, and possibly more instability in the political-administrative interface,” said Tania Ajam, associate professor at Stellenbosch University’s School for Public Leadership and lead researcher on the study.

What we know from prior research and experience is that when the relationships between councils, politicians and the administration are unstable, this “has an immediate impact on municipal finance”, said Ajam.

“In fact, it’s one of the leading indicators of poor performance.”

The seminar comes a month after South Africa’s local government elections, when only 30% of eligible voters cast their ballots on 1 November. After the elections, the newly constituted municipalities turned towards coalitions.

The research, conducted by the School for Public Leadership at Stellenbosch University in partnership with the Hanns Seidel Foundation, was released in May 2021. The study, entitled, “Towards a municipal financial and operational sustainability strategy for the Western Cape” focused on the impact of the Covid-19 pandemic on municipal fiscal sustainability in the Western Cape.

The municipalities included in the research were Stellenbosch, Drakenstein, Bergrivier, Hessequa, Swellendam, Kannaland and Laingsburg.

While the research indicated that these municipalities have, more or less, dealt with the pandemic and its impacts relatively well, they now need to be prepared for the long-term operational and financial consequences, said Hanns Seidel Foundation Southern Africa director, Hanns Bühler.

“The research indicates that the Western Cape municipalities have shown a very strong resilience, even after the devastating drought and amidst the most devastating pandemic and lockdown restrictions,” said Bühler.

“And I think that also shows service delivery is possible under very difficult circumstances,” he said.

The report’s findings and recommendations might not be consistent with all South African municipalities, and even those Western Cape municipalities outside of the sample, said Ajam. “But in many ways, they do capture some of the structural issues across the sphere, and therefore might have broader relevance,” said Ajam.

There are a number of structural challenges confronting this sphere, including the declining growth rate in the country as a whole, load shedding and rising unemployment, said Ajam.

“All of these operational and governance factors are intertwined with the financial, and we can’t really separate them in South Africa.”

Ajam said the main finding of the report was that there was “a greater degree of resilience in municipalities that we sampled in the Western Cape than expected.

“There are still concerns about long-term sustainability,” she said — the results of the study were released before the Omicron variant was identified, which will have an impact on the findings.

Another finding of the report was that the pandemic had amplified existing conditions: “Where there was financial and governance instability, the pandemic actually exacerbated that situation. Kannaland municipality is a prime example of this,” she said.

In municipalities where there were adequate systems in place and where the working relationships between politicians and administrations were stable, “much greater resilience” was seen.

Ajam said municipalities’ ability to learn from past experience was also an important factor in enhancing resilience against the impact of Covid.

Many of the municipalities in the Western Cape had to respond to the 2018 drought, which in turn fed into building resilience during the course of the pandemic, said Ajam.

“Municipalities that were more resilient engaged in long-term financial planning and were active in data collection. When the pandemic hit, those municipalities that had up-to-date customer databases, cellphone records, could use email or SMS to bill their clients, had prepaid metres and e-billing systems in place… they fared better,” said Ajam.

Another important factor “was a mature council and a political executive that understands the big picture and provides the necessary leadership to make decisions that might be unpopular in the short term but are crucial for long-term sustainability”.

Ajam said an uncompromising attitude towards good financial governance and action against financial misconduct were also necessary in ensuring stability.

“The municipalities in the sample were relatively quick to implement working-from-home arrangements and they opened their revenue offices very early to ensure payments,” she added.

“Municipalities where there was a heavy reliance on the tourism sector were particularly hard hit,” said Ajam. DM