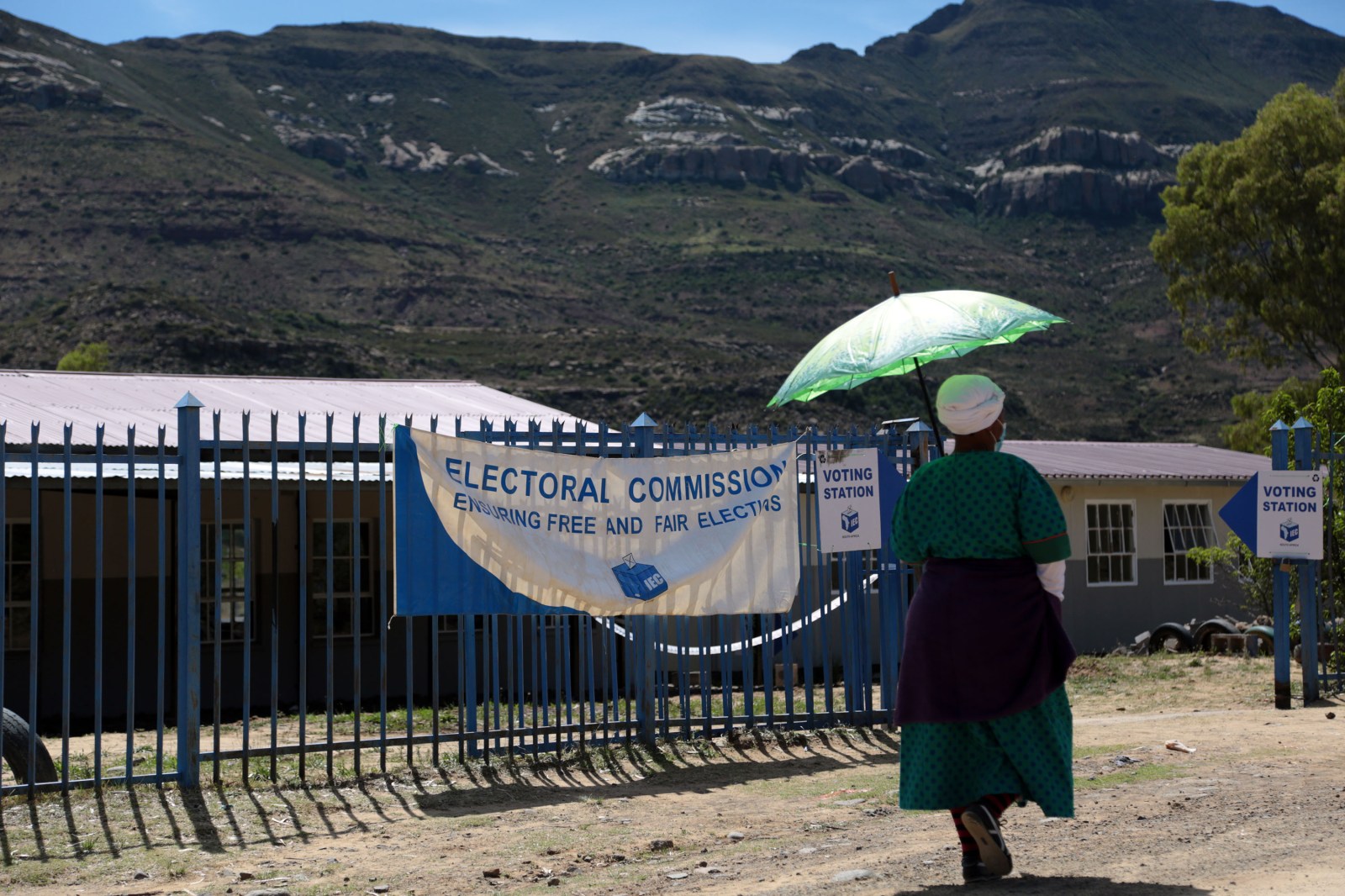 A voter walks to St Michael’s Junior School voting station in Mbihli village in Sterkspruit in the Eastern Cape on Monday 1 November 2021. Only a minority of eligible South Africans chose to vote. The vast majority either didn’t register or registered but then didn't vote. (Photo: Felix Dlangamandla/Daily Maverick) VotePix-am-Monday LGE-Photos-MONDAY

November 1, 2021, should be seen as another watershed moment in post-apartheid South Africa.

Who would have thought that barely a month before the 25th anniversary of the signing of the democratic Constitution, South Africa would return to minority rule. For this is effectively what has happened.

Yesterday, in the local government elections, only a minority of eligible South Africans chose to vote. The vast majority either didn’t register or registered but then didn’t vote. The no-vote included tens of millions of people, most of them coming from South Africa’s swelling underclass, made up of people who are young, gifted, black… and poor.

It is a terrible irony that the biggest vote was the no-vote; the biggest political movement, the political party that doesn’t exist on the ballot; the most coherent statement on the elections, the incoherent abstention of the politically unorganised.

Yesterday, as voting took place, and as it became evident that by 4.30pm less than seven million people (26.3% of eligible voters) had cast their ballots, many political commentators used the word “apathy”. As manifestations of that “apathy”, they kept talking about the long weekend and the bad weather in parts of the country, as the factors that deterred people from voting.

Unfortunately, apathy’s the wrong word. People overcome worse obstacles than the weather on a daily basis if they think doing so will aid their wellbeing. Instead what we are witnessing is a profound alienation of the masses from those who work the political system and, dare we say it, from the democratic system itself, which is held to have failed to deliver.

That so many people should not have voted at a moment of crisis in South Africa, needs profound introspection, particularly by those who have political and economic power and are abusing it, or simply not using it to try and better the lives of the majority.

Remember, we are living in a time of unprecedented unemployment, unprecedented gender-based violence, a year that will see the highest natural death toll since the worst year of the Aids epidemic. This is a time in which basic education and health systems have broken down, a time of growing hunger and mental distress.

They didn’t, partly because they know that the gangsters that control local government don’t roll over and play rule of law so easily.

The no-vote shows our social and political contract is close to breaking.

The anger and desperation that lurks just below the surface of society, the thin line between respect for the rule of law and rejection of it, became evident in the eight days of looting in July, which cost billions of rands, thousands of jobs and 374 lives.

And yet, despite all the angst and hand-wringing that played out in business and formal political society, we quickly moved on from it. Four months later, next to nothing has happened other than the restoration of the measly R350 Social Relief of Distress Grant which, as our writer Tshabalira Lebakeng explains today here, is still surrounded by bureaucratic indignity and inaccessible to millions who need it.

So, yesterday’s great no-vote should be seen as another manifestation of this alienation. It is evidence that poor people are not stupid, but that they are less and less willing to play the ‘all is well with democracy’ game.

Truth be told, they don’t believe the present system can be made to work, so why participate in it? They don’t believe Ramaphosa’s promises. They contrast their lot with the lot of privileged people who are earnest advocates for voting, be they the media, official civil society, big business, or the political parties.

By not voting, what most people have done is cast a sharp light on a de facto form of minority rule that exists in South Africa anyway: they have just refused to put their legitimating stamp on it.

But if not democracy, then what?

Is there an alternative to majority rule, to free and fair elections, to elected local, provincial and national governments? If people choose not to vote, are they opting for some form of authoritarianism?

We, the privileged, might say no; we might wish not; after all, we say, “people died for this democracy”; our cerebral selves tell us the system is imperfect, but it’s better than dictatorship. But our views, whilst undoubtedly correct, are rooted in our relatively secure lives.

An Afrobarometer survey published in August 2021 proved to be a far more accurate predictor of the outcome of this election than the polling and media conjuring. In addition to finding low trust in the IEC (only 36%), the ANC (27%) and opposition political parties (24%) two-thirds of respondents (67%) said “they would be willing to give up elections if a non-elected government could provide security, housing, and jobs. Nearly half (46%) say they would be “very willing” to do so, with higher levels of support among younger and more educated respondents.”

Last week another Afrobarometer survey found that the majority of South Africans see unemployment as the country’s greatest priority and would support higher taxes for youth employment programmes.

These surveys are not surprising. What’s surprising is that we conveniently ignore them.

The writing is on the wall. Failing to address people’s real needs is a recipe for anarchy, populism and social fragmentation. The onus is squarely on the political and economic elite to act swiftly, with a range of concrete and immediate socio-economic measures such as a Basic Income Guarantee, to restore trust in the political system.

Failure to do so will hasten the end of democracy in South Africa. November 1 2021 was the day we got our written warning.  DM/MC