The government’s ‘Batho Pele’ principles: All words, no action 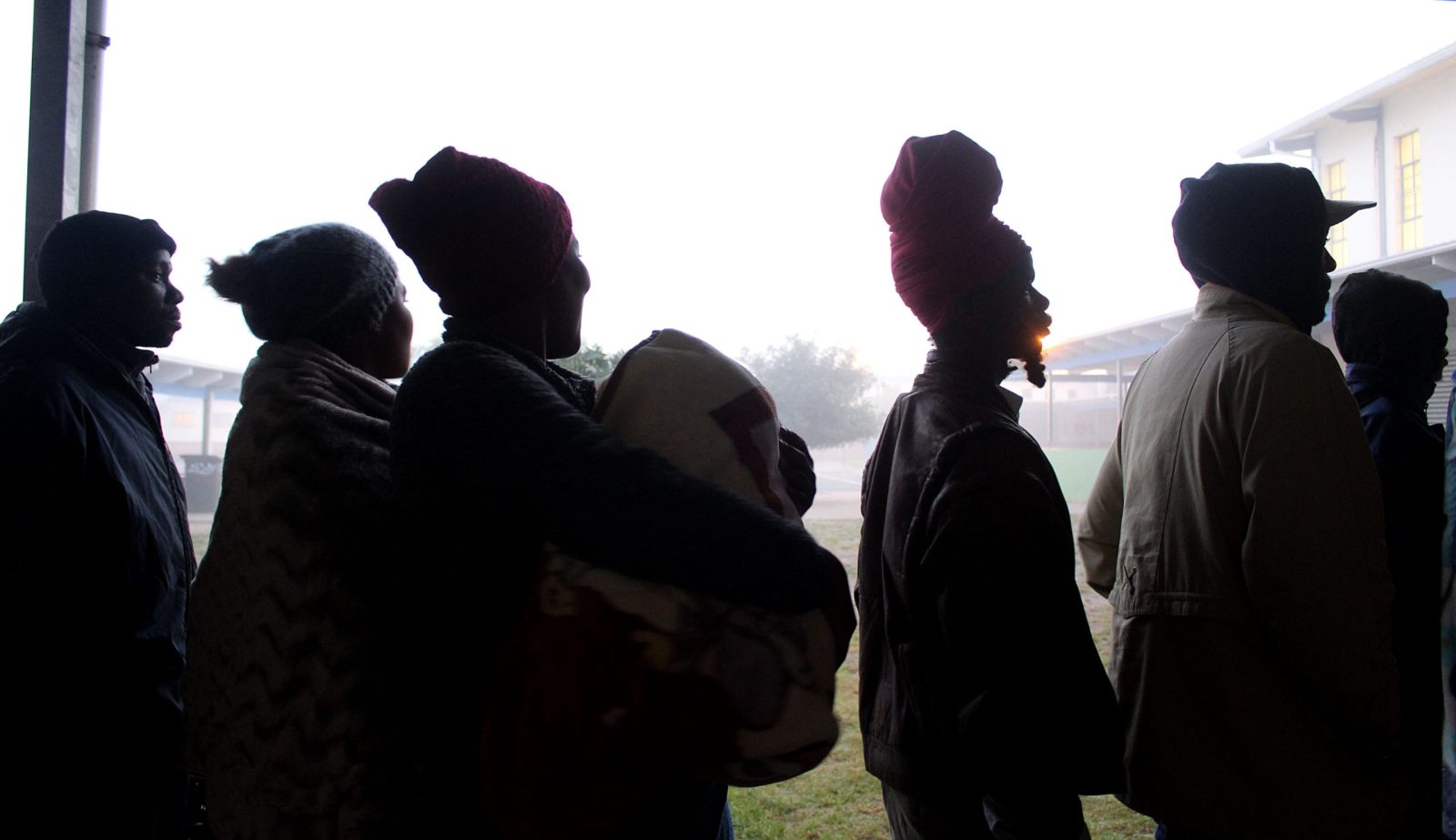 As debate intensifies about the future of the R350 Social Relief of Distress grant, and a possible basic income guarantee to replace it, Tshabalira Lebakeng went to the South African Social Security Agency’s (Sassa) offices in Soweto to speak to grant recipients and applicants about their experiences with the social security system. This is what he was told.

When the R350  Sassa Social Relief of Distress grant was announced, many people had hoped that their life would change. “It’s better than nothing”, they thought.

But most people didn’t know how to apply for the grant. Those who did receive the grant, had to stand in long queues. They didn’t have a choice; it was a matter of do or die.

I went to the Sassa offices in Maponya Mall, Soweto one morning, to find out how well (or not) the process worked. When I arrived, I found a long queue of young and old, waiting for the doors to open. People were complaining about having to wake up very early. And there was a good chance that they would return home after a long day’s queuing, without being helped. They said Sassa officials sometimes just stopped the queue for no reason, telling people to come back tomorrow.

Mrs Zulu (not her real name), a pensioner, said she hadn’t received her grant money and doesn’t know why. “I’ve had no problem with my Sassa money before,” she said.

“This time, the Post Office [staff] told me to come here. I came here yesterday but when I was just about to go in, the official told us the system was offline. They gave us a choice to wait or come back tomorrow. I waited and waited. Then I gave up and went back home with no help.”

She said it was costing her dearly as she needs the transport money for home rather. “But now I spend it to come here. I don’t know what happened and why they forgot my name at Sassa. You know, I vote when they want people to vote.”

Another woman, Pablo (not her real name), told me she is 20 years old.

“Sassa costs me data,” she said.

She first went to the Sassa offices in town but encountered a language barrier as she spoke seSotho. “The official told me to try to speak isiZulu or English,” she said. “They then told me the R350 officials are not working in Sassa offices anymore.”

Sassa officials told her to call a landline number. “But I told them I didn’t have money to call. They laughed and said I had to make my own plan then.

“One Sassa lady asked me, why do I wait for R350 because I’m still young. I can get a job anywhere. I must stop being a cry baby. I told her she will lose her job one day. Then she will understand how painful it is not having work.”

Pablo went back home and her mother lent her money to call the 350 Sassa landline.

When Pablo finally applied for the 350 grant, she received an SMS saying that there is a source of income in her name.

“But since I finished grade 12, I have never had a job. I don’t know why they say that.”

So Pablo was in the queue again, hoping today they would tell her a different story.

On Thursday, 21 October I went back to the queue. There I met Sandile (not his real name), who told me he had applied last year but didn’t get the grant. His friends had told him that Lindiwe Zulu, Minister of Social Development, said there was money so they were happy but they have not yet received anything. And they really needed that R350. If they could save it, it would help them to open a small business.

“Me and my friends, we tried everything to access the grant,” he told me. “I’m so disappointed in our government. They promise us this and they do that. If they can give us a chance to get this grant we will be able to open our business. I’m not saying we will make millions. But I still believe in vuka uzenzele [‘get up and do it for yourself’].”

While listening to him, I could feel his passion, vision and mission. Ukuzama akufani nokugenzi: “Trying is better than sitting”.

I also met Thulele (not her real name) at Diepkloof Square. She told me that she had received her grant money once. After that, nothing. She’s also tried to call Sassa but no one answered the phone.

“It’s painful when someone promises you something and doesn’t deliver. What I can say is our government promises us the land of milk and honey. But it’s only shame and lies. I won’t be surprised if someone is out there getting paid in my name. Because our officials, what they know is fraud and [criminal] tricks,” she said.

“When I asked the Sassa official how come I got paid once and other months I didn’t get paid, he just said he didn’t know. But if he doesn’t know – then who does?” she said.

Tearfully, Thulele said she understands that she is still young and could work, but there is no work. “It’s not like I’m happy waking up and standing in the Sassa lines at my age. But I’m desperate, big time. My brother, I need this money.”

While she doesn’t have children, Thulele has been taking care of her sister’s since she died last year in June.

“Me and my cousins are taking care of her kids. But it’s difficult to take care of the kids because we don’t have an income. It will help me and my cousins if we can receive the grant.”

She said those who drink in taverns are able to get the grant, but not her. “Why don’t I get it?” she asked.

After speaking to her, I wondered how many South Africans have lost hope in the government. But what about those who work at  Sassa? Is no one monitoring the system?

In Maponya Mall I met a Sassa employee walking around.

He responded with, “Awungi’yeka angisebenzi wena [leave me alone; I’m not working for you]”.

Government officials need to realise that they are working for us. They get paid because WE pay taxes so they should at least treat us with respect. Stop saying they don’t know. We need answers when we can’t get our money. Grant recipients can’t always walk long distances or pay for taxis to the government offices.

Over and over people say when they try to get information, officials just say, they don’t know and “call this number”.

But it’s their job to make the calls and give citizens the information they need.

The Batho Pele (“people first”) framework was first introduced during Nelson Mandela’s administration, to give birth to better delivery of goods and services to the public.

Citizens should be consulted about the level and quality of the public services they receive and, wherever possible, be given a choice about the services that are offered.

This is what is needed:

Citizens should be given full and accurate information about the public services they are entitled to receive.

Citizens should be told how national and provincial departments are run, how much they cost, and who is in charge.

Citizens should be treated with courtesy and consideration.

All citizens should have equal access to the services to which they are entitled.

Nothing I saw makes me believe that these principles are being acted on. They are just words. No action. DM/MC