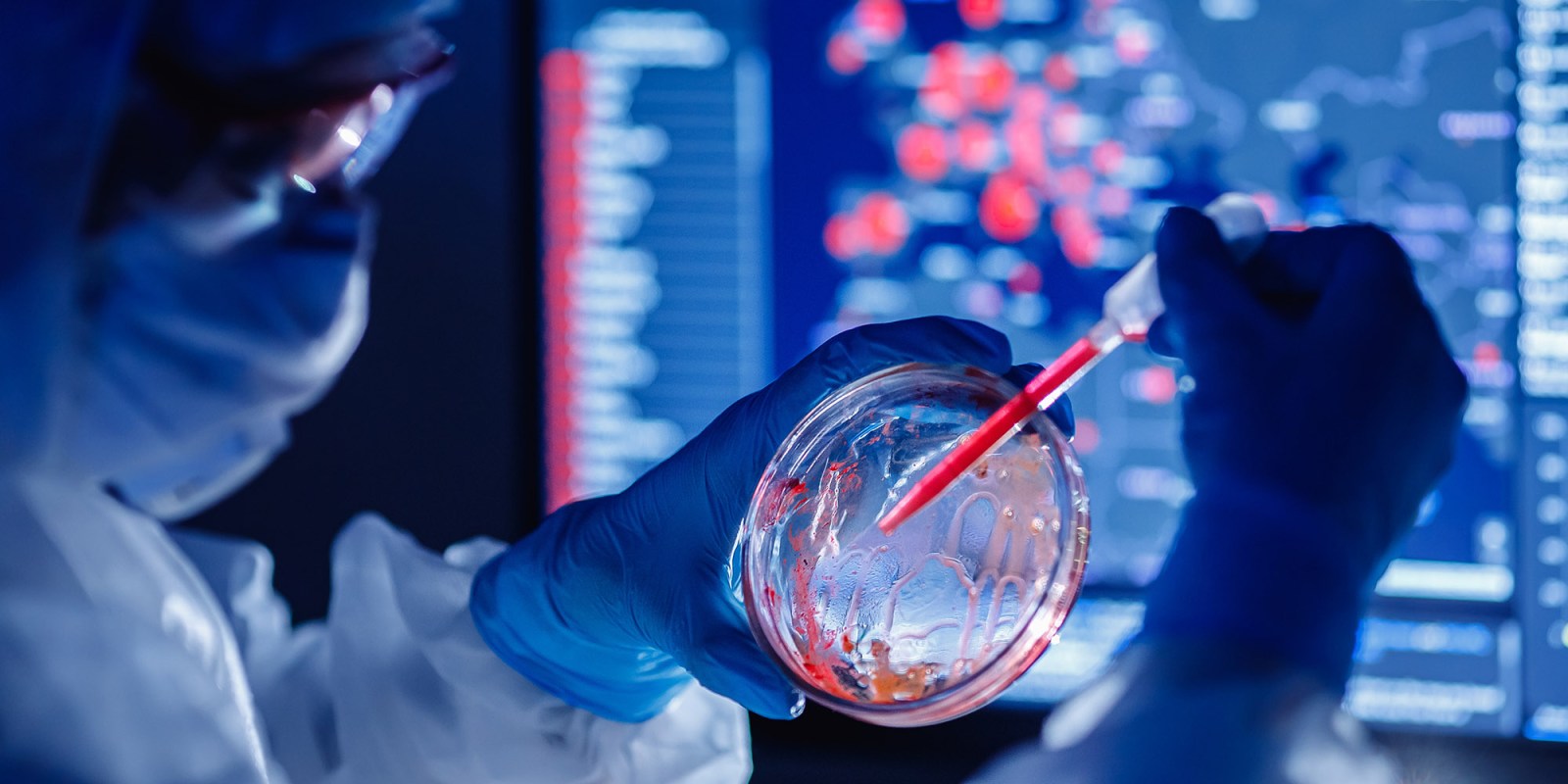 The newly-identified varient of SARS-CoV-2, currently known as B1.1.529, has forced the cancellation of URC matches across South Africa. (Photo: Adobe Stock)

South African sport faces a shaky summer after the revelation of a new Covid variant in the country, which saw the United Kingdom immediately put several African countries on its dreaded ‘red list’.

The latest round of United Rugby Championship (URC) matches in South Africa have been called off because of the impact of the newly identified variant of the SARS-CoV-2, currently known as B1.1.529.

The variant was identified as a driver of a steep spike in Covid infections in Gauteng, which have also been identified in Hong Kong and Botswana. The negative impact of the announcement was almost immediate as the United Kingdom, despite having current daily infection rates of more than 40,000 cases, put South Africa on its red list.

That means anyone travelling between the territories needs to quarantine for 10 days before being allowed entry into the UK. That was the deciding factor in the URC leadership scrapping games in South Africa this weekend.

Welsh clubs Cardiff and the Scarlets, as well as Irish team Munster, were set to meet the Lions, Sharks and Bulls respectively. Italian team Zebre are in Cape Town and were scheduled to play the Stormers. All matches have been called off.

It’s a massive blow for the tournament and throws into question whether it can ultimately be completed fairly, so that all sides have a chance to qualify for the play-offs.

International Relations and Cooperation Minister Naledi Pandor said on Friday that the UK’s decision was “rushed” and South Africa would appeal for a reversal.

In a statement, URC organisers said that due to the sudden developments that had placed South Africa on the UK and EU travel red list, the matches would be rescheduled for later this season.

“The safety and well-being of our participating clubs’ players, coaches, support staff and match officials is the foremost priority and the URC is currently working with the four visiting clubs — Cardiff Rugby, Munster Rugby, Scarlets and Zebre Parma — to facilitate their return as soon as possible,” the statement advised.

“This decision is based upon the latest guidance against non-essential travel to and from South Africa, the ban on direct flights to the UK and other home destinations and the potential hotel quarantines enforced upon those returning from South Africa.

“As has been the operating practice throughout the pandemic, the URC will continue engaging with our Medical Advisory Group, our union shareholders and respective governments to plan according to the latest health guidelines.

“A period of assessment will now be required to better understand the impact of these new travel restrictions and how to reschedule these games within the current season. Given the nature and speed of these developments, URC will provide further updates at the appropriate time through official channels only.”

The Netherlands’ cricket tour, which started with the first One-Day International (ODI) at SuperSport Park, could still be called off.

“Cricket South Africa (CSA) and Koninklijke Nederlandse Cricket Bond (KNCB) are aware of news reports doing the rounds regarding the Netherlands tour to South Africa being cancelled or postponed,” a statement read.

“Both boards can confirm that following updated information, it is highly unlikely that the visiting team will be able to fly out of South Africa over the weekend. The KNCB is reviewing all of its options, while prioritising the physical and mental well-being of its players.

“A decision on the continuation of the series will follow in the next 24 to 48 hours, while all flight options are being considered.”

It is a worrying scenario with a vital and massive tour by India scheduled over the height of summer.

The UK’s government’s swift, and many say, knee-jerk reaction to putting South Africa back on the red list, caught all industries by surprise.

The South African government has opened diplomatic channels with the UK to reconsider the decision because of the massive impact it would have on the tourism industry.

“Our immediate concern is the damage that this decision will cause to both the tourism industries and businesses of both countries,” International Relations and Cooperation Minister Naledi Pandor said on Friday.

Later the Minister’s spokesperson Clayson Monyela expanded: “While South Africa respects the right of all countries to take the necessary precautionary measures to protect their citizens, the UK’s decision to temporarily ban South Africans from entering the UK seems to have been rushed as even the World Health Organization is yet to advise on the next steps.

“South Africa will engage the UK government with the view to persuade them to reconsider this decision.”

The World Health Organization (WHO) also cautioned against an over-reaction of the situation and hastily imposing travel restrictions linked to the new B.1.1.529 variant, saying they should take a “risk-based and scientific approach”.

But whatever the outcome of those talks, it is too late for the URC and the Dutch tour. The URC top brass were scrambling on Friday morning to extract the teams so that they could avoid a 10-day quarantine. That would have a knock-on effect on their European Champions Cup commitments in two weeks’ time.

The biggest concern for Cricket South Africa (CSA) is the fate of the India cricket tour to South Africa starting in December. The tour is a CSA’s single-biggest revenue earner.

The three-Test, three ODI and three-T20I India tour is vital for the cricket economy in South Africa. If the tour is abandoned and cannot be completed in the remaining 18 months of the current international broadcast cycle, CSA stands to lose R700-million in revenue. It’s an unthinkable scenario that would have huge repercussions on cricket for years.

CSA is still waiting for Australia and England to complete abandoned tours in the past year, which also cost them more than R100-million. Dates for those completions have not been confirmed and under the current circumstances, it becomes increasingly difficult to plan ahead.

Fortunately, the Board of Control for Cricket in India (BCCI) appear to be taking a cautious approach and are not ready to call off the tour just yet.

Currently, the India A team are on tour in South Africa, where they are playing against South Africa A in Bloemfontein.

ESPNCricinfo reported than an unnamed BCCI official was quoted by agency PTI as saying, “Look, till we get a detailed picture of the ground situation from Cricket South Africa, we will not be able to tell our next step. As per the current plan, the Indian team is supposed to leave either on December 8 or 9 just after the New Zealand series gets over in Mumbai.”

An official travelling with the India A team was also quoted by PTI as saying, “After the outbreak, a medical team from Cricket South Africa had a meeting with our representatives over here. We were told that there is nothing to worry about since the spike in cases is far away from Bloemfontein where we would be playing our next match too.” DM

This is a developing story that Daily Maverick will continue to update as more information becomes available.