Eastern Cape drought: Water should never be a political issue 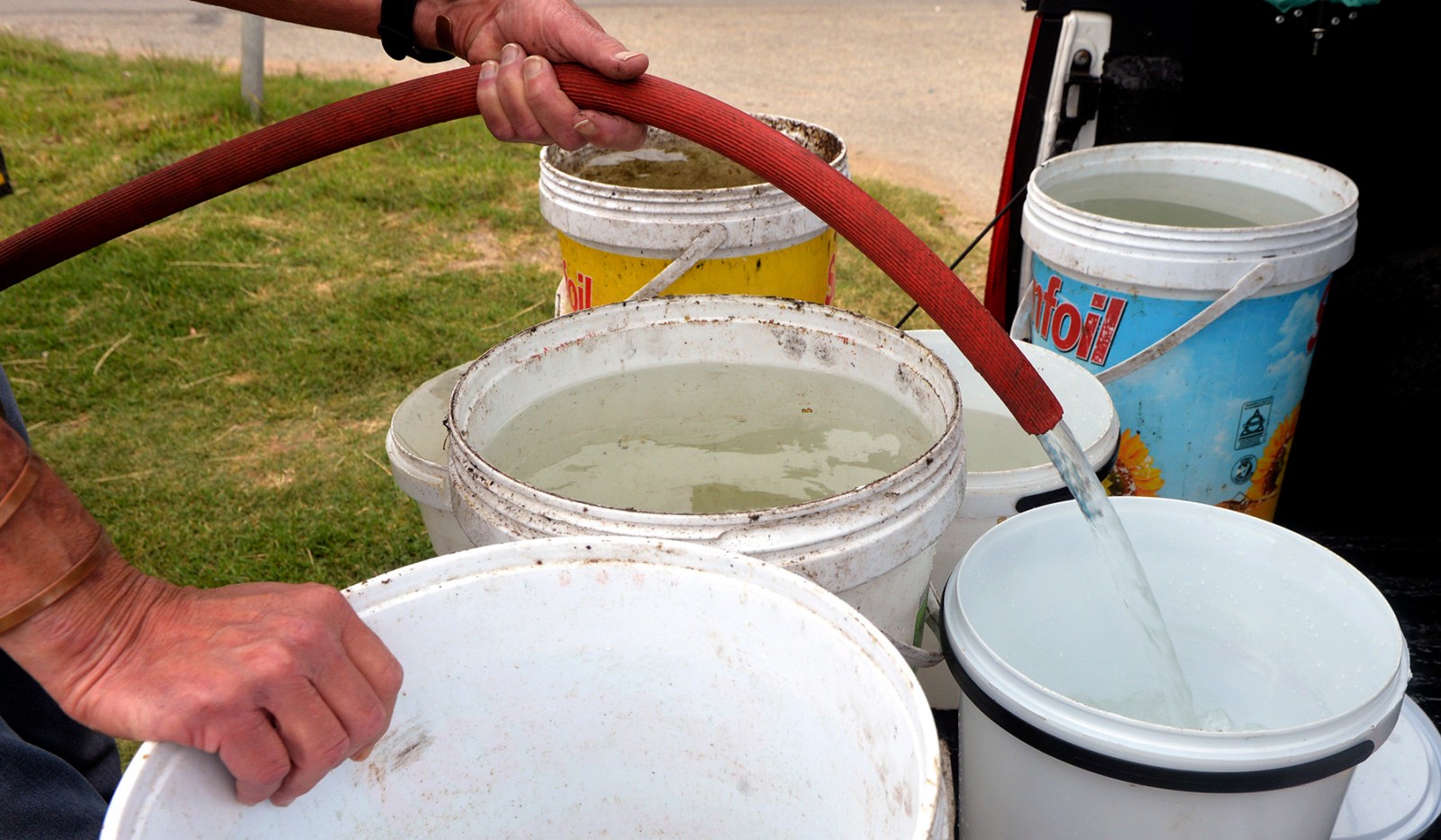 Water tankers were deployed in Walmer, Gqeberha in the midst of an emergency water shutdown to repair the leak from a burst pipe. Many parts of the Eastern Cape, particularly rural areas, have been without constant water supply for more than two years. (Photo: Deon Ferreira)

Despite weather predictions of heavy falls, the sky is still holding onto the precious rain needed to avert a social, economic and health disaster in Nelson Mandela Bay.

While dam levels this week edged up a little to a meagre 12% due to some rain falling in catchment areas, the region remains in the grips of a devastating drought.

The water crisis here and in many other parts of the province highlights an important issue that has been raised by Dr Imtiaz Sooliman from Gift of the Givers — water infrastructure, the development of emergency groundwater resources (boreholes) and the supply of emergency water should not be subject to tender processes and the political shenanigans that go along with it.

Just a cursory glance at some of the water-stressed towns in the province provide support for his argument.

Makhanda stumbles from crisis to crisis. Bedford and Adelaide, while also bearing the brunt of a brutal drought, have been without constant water supply for more than two years. Peddie, Somerset East, Klipplaat, Jansenville, Butterworth and Centane are in the same position — the list is long.

In some places, like Somerset East, residents have tried in vain to get answers.

Residents of the province are now seeing the results of a decision made around 10 years ago to move water provision from local municipalities, where there was some form of accountability, to some of the province’s regional municipalities. Two of these, the OR Tambo Regional Municipality and the Amathole District Municipality ran into considerable difficulties, both financially and logistically, putting thousands of people at risk.

Yet the system has not changed.

The same goes for sewerage networks.

Information from the Department of Water Affairs and Sanitation made public earlier this year has shown that the province’s sewage networks are in a deplorable state with desperate residents often recounting how the contracts to fix the sewage works, sometimes just a pump, are given to politically connected people.

Leaving these important issues in the hands of mostly dysfunctional municipalities with considerable political interference has exposed many communities in the Eastern Cape to untold suffering and stress.

In one instance, pensioners of a village near Centane in the Eastern Cape recounted how the municipality — whose infrastructure broke four years ago and have never been back to fix it — will send a water truck to their village — but only if one presents a death certificate for a funeral and water is only supplied for those who attend.

These are elderly people who on a regular basis have to walk for more than an hour to get to a water source and then carry water to their houses.

In Nelson Mandela Bay, years of underspending, projects that have been placed on hold and infrastructure that were never upgraded, coupled with a devastating drought, grants returned to Treasury because of political instability and incompetence, has likely signed the fate of its residents as the rain stays away.

Considerable political interference and instability have, without a doubt, played a role in diminishing social cohesion in the metro to such a degree that the metro now finds it basically impossible to convince residents to limit water usage to 50 litres a day — something that will likely cost the city dearly.

Last week the CEO of the metro’s business chamber, Denise van Huyssteen, said that it was becoming increasingly difficult to retain investment in this metro, due to the dysfunctionality of the operating environment. While the water crisis is a very serious issue, businesses face a perfect storm of challenges such as the unreliability of electricity supply, cable theft which is causing prolonged disruptions to electricity supply, crumbling water and electricity infrastructure, badly damaged roads, lack of cleanliness of the city and so on.  A lot of these issues are the outcome of years of political instability and poor running of the metro. It is absolutely vital that whichever coalition government ends up taking control over the metro focuses on putting the best interests of the city and its people first. We have reached a tipping point and if critical issues such as clean governance and service delivery are not addressed, Nelson Mandela Bay is at a high risk of losing investment and much-needed jobs.

A lot, therefore, rests on the undertaking that Minister of Water and Sanitation, Senzo Mchunu, made last week, coupled with some harsh words for dysfunctional municipalities failing in their tasks to provide water to people. He promised a takeover. This is a significant promise and he should make good on it.

Dr Gisela Kaiser, a former Executive Director of Water in the City of Cape Town and currently Vice President of Water Globe Consultants, argues convincingly that the provision of water should be reinvented into a service entity, like Eskom but not as dysfunctional, with water rates paid by residents being ring-fenced for this purpose.

What will it take for the province to make a new plan that is not connected to politics?

It is time for someone to listen. All the signs are there. When politics win, taps run dry. DM/MC