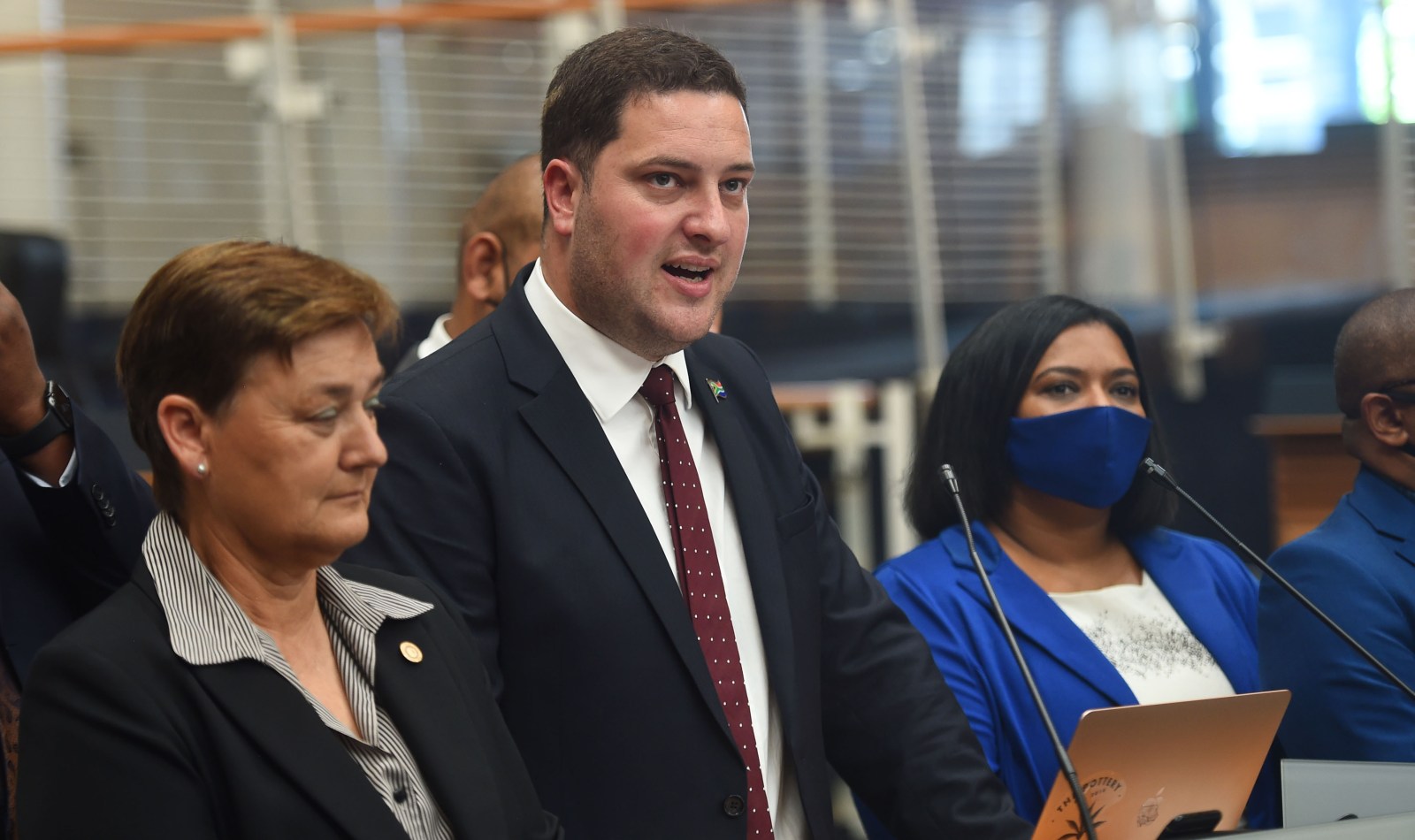 The new Cape Town mayor has retained six councillors in their previous positions while incorporating new blood into the mix.

Announcing his mayoral committee on Monday 22 November, Cape Town mayor Geordin Hill-Lewis said his new team was chosen for “their combination of experience, skills, fresh energy and thinking and their commitment to making the City of Cape Town — a city we can all be proud of”.

Hill-Lewis made the announcement in the City’s Council Chambers.

Last week, Hill-Lewis was elected mayor of the city, with former Springbok rugby player Eddie Andrews becoming his deputy, and long-standing councillor Felicity Purchase being elected Speaker of the City of Cape Town.

Only six out of the previous councillors retained their positions in Hill-Lewis’ mayoral committee (mayco).

Some of the new names in the new mayor’s team include:

Deputy mayor Andrews will be responsible for Spatial Planning and Environment.

One of the notable names left off the list was Xanthea Limberg who was 3rd on the DA’s Proportional Representation List. Over the weekend, Weekend Argus reported she would be sidelined from Hill-Lewis’s mayoral committee. Up until last week, she was mayco member for Water and Waste but faced criticism for sewerage and environmental issues related to pollution in some of Cape Town’s water bodies.

At the briefing, Hill-Lewis announced his team would be signing performance agreements as well as undergoing lifestyle audits.

When asked about when performance agreements would be signed, Hill-Lewis said he had no specific time frame in mind but added, “I think certainly by the time we close for the end of the year we can have them all wrapped up”.

The new mayor added that unless there were profound objections, the performance agreements of his team and himself could be made public, either via the city’s website or to the media.

Hill-Lewis confirmed his mayco had their first meeting this morning, before the media briefing.

In addition to the mayoral committee, Hill-Lewis wants to table a ‘Future Planning Team’ before the city council. Making the announcement, Hill-Lewis said the team would “bring together strategic planning, policy formation and research and will foster a culture of policy innovation that will help Cape Town reach its potential as one of the most innovative and exciting cities globally”. This team would report directly to him, Hill-Lewis said. DM.