The two men who were accused in the Senekal farm killin... 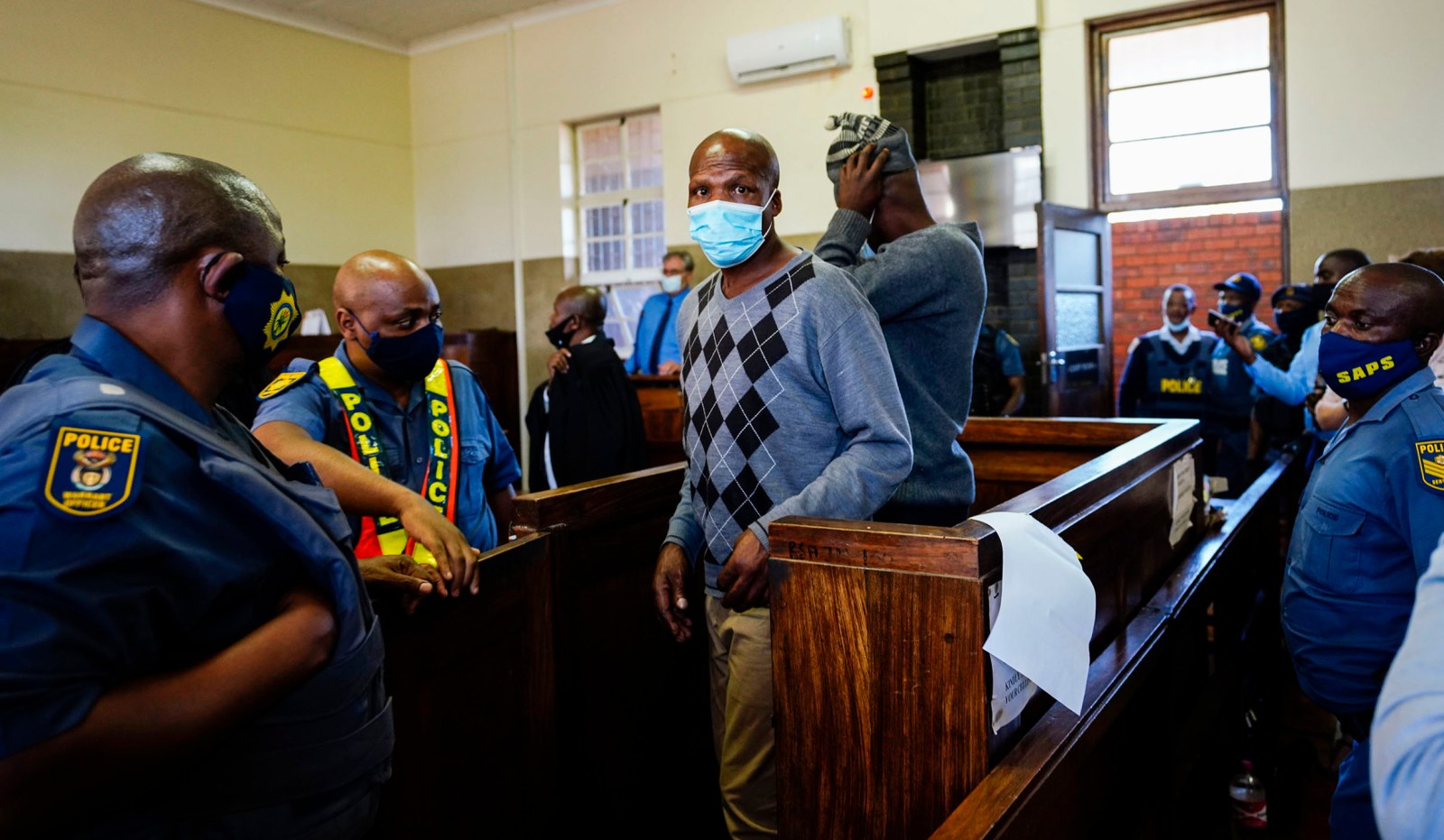 Handing down judgment, Judge President Cagney Musi pointed to a notable lack of evidence and testimonies ‘replete with improbabilities, contradictions’ against Sekola Matlaletsa and Skwetje Mahlamba.

The two men accused of the murder of 21-year-old Brendin Horner on a Free State farm, were found not guilty on all charges by the Free State high court on Friday morning.

Sekola Matlaletsa, 44, and Skwetje Mahlamba, 32 were facing charges of murder, robbery and stock theft in the case.

The body of the 21-year-old farm manager was discovered on 2 October 2020, in Paul Roux, Free State. Horner’s body was found bound to a fence on the farm where he worked. Injuries to the body suggested Horner had been dragged across rough terrain. His blood-stained bakkie was later found abandoned on the N5 between Paul Roux and Bethlehem.

Police arrested Mahlamba and Matlaletsa the day after Horner’s body was discovered, after they had allegedly boasted of attacking a white man while they were drinking in a tavern. Daily Maverick previously reported that police had recovered blood-stained clothes in Mahlamba’s house, which he denied.

The case sparked racial tensions in the Free State and led to protests by agricultural leaders and community members from Senekal and the surrounding areas outside the Senekal Magistrates’ Court, where Mahlamba and Matlaletsa first appeared.

Read in the Daily Maverick: Police move to quell anger over Senekal farmer’s murder, but political interests threaten to add fuel to the fire

Delivering the judgment on Friday in proceedings that were broadcast live on various news channels, Judge President Cagney Musi said there were contradictions and lies in the evidence of state witnesses.

“The versions of the witnesses are replete with improbabilities, contradictions and in some cases, plain lies. It is impossible to discern a coherent and consistent version from the different testimonies,” said Musi.

The judge president said that there was insufficient evidence connecting Matlaletsa and Mahlamba to Horner’s murder.

“None of the accused fingerprints match those found in the bakkie. The blood samples that were analysed proved to be blood samples of three persons other than the two accused,” said Musi.

Matlaletsa and Mahlamba’s cell phone records also indicated that they were not near the crime scene at the relevant time, he said.

The blood stains identified in the clothes recovered from Mahlamba’s house  “did not match with the blood of the deceased,” said Musi.

Additionally, both Matlaletsa and Mahlamba gave alibis to their whereabouts at the time the crime occurred, he said.

“The only evidence that linked the two accused to the commission of the offences, are the purported confessions or admissions made by Matlaletsa in the presence or absence of Mahlamba to various witnesses.

“The testimonies of the witnesses to the purported confessions or admissions are not only contradictory but paint the accused — especially Matlaletsa — as being a deranged person who was hellbent on telling everyone who cared to listen to him that he committed the murder and robbery,” said Musi.

This week, the state had conceded it did not have a strong case against the two accused in order to prosecute them for murder, News24 reported. However, the state maintained that it had a viable case of stock theft against Matlaletsa and Mahlamba. This charge relates to the theft of two sheep in March 2020, seven months before Horner’s death.

In respect to the charge of stock theft, the judge president said: “It is clear to me that there is no coherent, credible or reliable basis on which the accused can be convicted on [the count of stock theft] — even an attempt to pick any one of the versions as the prosecutor attempted to do obviously fails dismally. I have doubt in my mind that the two accused were on that mountain. They are both entitled to the benefit thereof and the accused ought to be acquitted on this count as well.”

“Both accused are found not guilty and discharged on all counts,” concluded the judge. DM