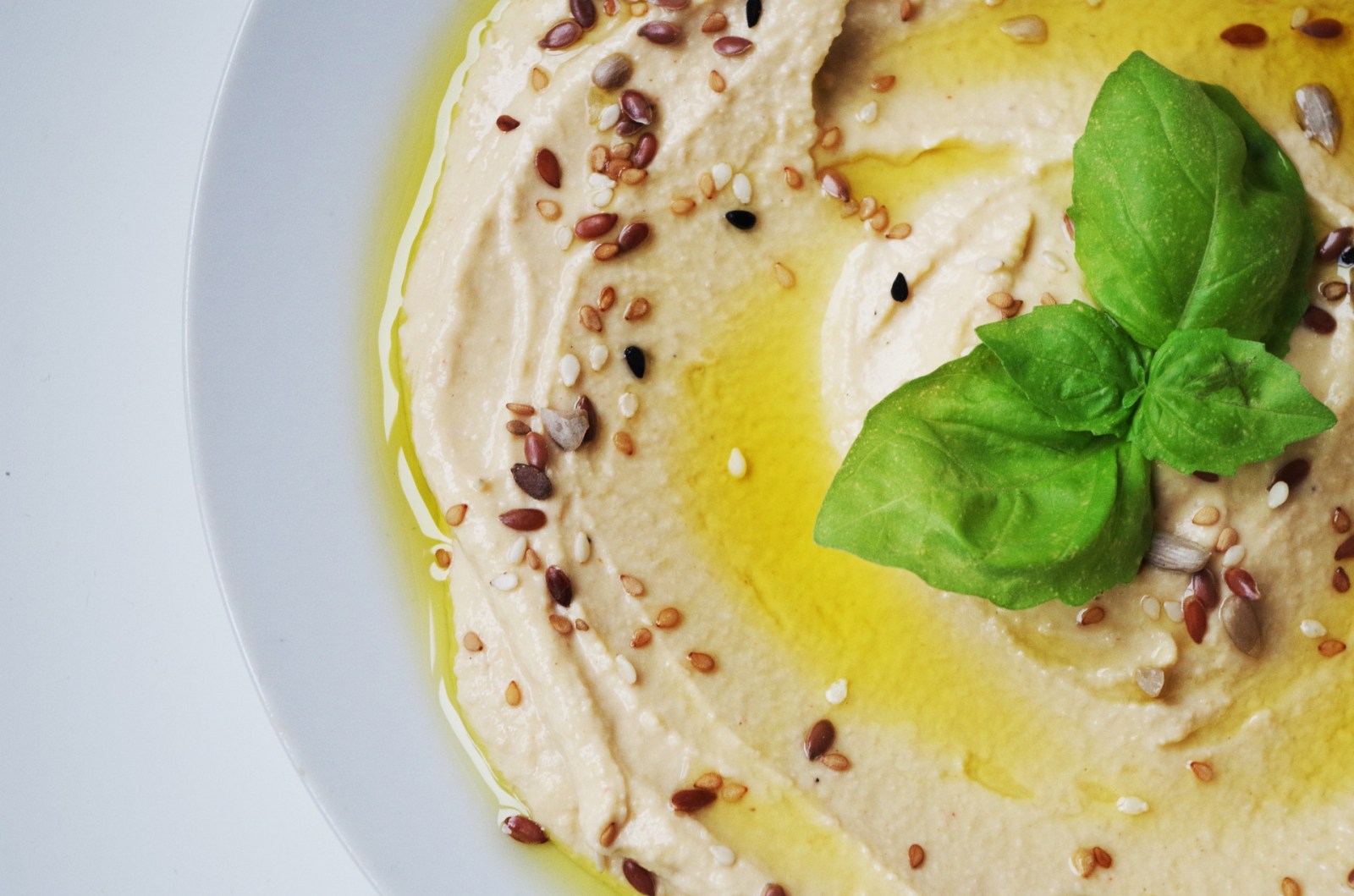 (Generic image of hummus by Ajale on Pixabay)

Few dishes have travelled the world as widely as hummus has. One taste of it, and you know why.

Never mind raindrops on roses or whiskers on kittens. It’s sesame, garlic, lemon and cumin that populate the list of my favourite things to eat. Whack them together with just one other key ingredient, and what do we have? Hummus.

No wonder hummus has travelled all over the world. It has nuttiness that comes from the chickpeas and the sesame seeds, especially if they are toasted (which they should be; your hummus will lack something essential if not); and even if the texture is softer (once cooked) than the pleasing crack and crunch that we’d expect a nut to have, there is an undeniable nutty character to their flavour profile. It has a fresh bite from the lemon juice, and a good hummus, in my opinion, needs to go hard on the garlic. And it has that indefinable something that cumin has above most spices, a certain darkness, a sense of mystery; ah, the glorious cumin, what a tantalising sorcerer of a spice she is, playing your palate like a cloaked magician. That’s a powerhouse flavour package which, once tasted, can only become a favourite with a desire for more please.

Of course, the other key factor in hummus is olive oil, and a fair deal of it. It adds even more to the luxuriousness of the finished dish which, when it comes down to it, is simply a dip, or a spread; but somehow hummus seems to be much more than that. There’s nothing “mere” about it. One other oil has a role of honour, if in the wings: the sesame oil that is used to make the tahini which then becomes a part of the hummus. But with sesame oil you always have to tread carefully, as it is one of the strongest and consequently potentially overpowering ingredients in the pantry.

There’s something about the way hummus is presented, traditionally, that adds drama and flair at once to any table. That swirl makes all the difference. You could just spoon it into ramekins, but it loses that flounce of theatre that swirling it on a plate gives. And it’s easy to do: all you need to do is spoon it onto a plate and then use the round (back) side of a dessert spoon to swish it in circles, quickly, knowing that when it looks fabulous is precisely when to stop. Three, perhaps four, swirls around the plate will do it. Like a work of art, it’s best applied quickly and then left alone; fiddling tends to mess it up.

And hummus is best dressed as well, especially if you’re presenting it on a dinner party spread. It will look like a million dollars without having to pay that. A drizzle of olive oil to collect in the lower reaches of those swirls immediately adds flair. Parsley and paprika are traditionally used in Middle Eastern countries as garnish, but a few whole chickpeas may be added, and variations such as chopped cucumber and tomato, chopped or whole olives, a dusting of sumac with its lemony flavour that suits it well, even hard boiled eggs or caramelised onions. Some of those, for my taste, would be a bridge too far.

A garnish I do like and which both looks good and matches the flavour profile of hummus is pine nuts. They are frighteningly expensive but if you are pushing the boat out, they’re a good way to go. And a few toasted cumin seeds would be a happy fit.

Flatbread such as pita is the perfect accompaniment but you could just as well use a cracker of your choice or the faddish hummus crisps that now appear in the “health” shelves of big stores, as if to suggest that everything on all the other shelves is not healthy, which is a cheek, but anyway.

There are many variations on a theme, as tends to happen when a given dish becomes popular. George Calombaris even makes a version of hummus with peanut butter in mind. He toasts and crushes coriander seeds, roasts garlic cloves in foil, then blends chickpeas with the toasted coriander seeds, garlic, peanuts, tahini and olive oil, finishing it with lemon juice.

Yotam Ottolenghi and Sami Tamimi’s basic but world famous hummus recipe comes from Ottolenghi’s Jerusalem: A Cookbook, in which they devote eight pages to its preparation. Their version has pretty much twice the quantity of tahini of most other recipes, including a variation, kawarma, of chopped lamb neck with hummus and lemon, though it is sometimes made with goat.

Before you start making your hummus, you need to make your own tahini, but of course you can buy it commercially. For a dinner party I’m hosting this weekend, I’m making a pair of hummus variations involving roasted vegetables: carrots, and beetroot. DM/TGIFood