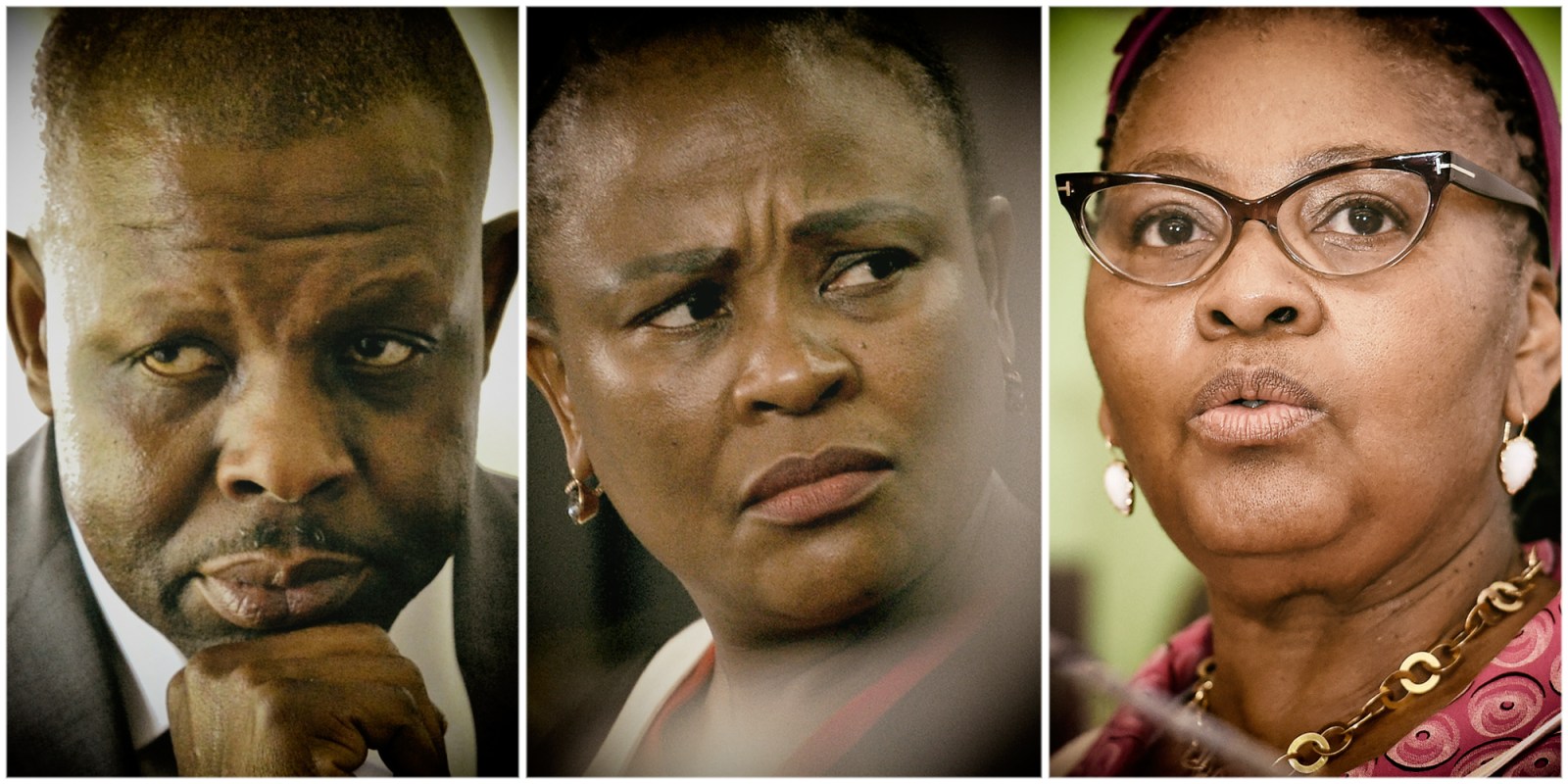 It’s curious the sub judice rule is invoked in Parliament by Parliament, which is constitutionally empowered to question anyone and request any document while it carries the constitutional responsibility to oversee and hold to account the executive and any organ of state.

South Africa’s judiciary has clearly indicated that nothing stops anyone from discussing court cases in any manner.

The formal case law that has neutered sub judice in democratic South Africa goes back to the unanimous 2007 Midi TV Supreme Court of Appeal judgment. Legal commentators like constitutional law expert Prof Pierre de Vos point to the obsoleteness of that rule, even if politicians wish differently, as have Parliament’s own legal advisers as recently as mid-June 2021, and as far back as late May 2017.

On Thursday, what seemed like a straightforward update on receipt of a legal opinion during the National Assembly programming committee took a curious turn when Speaker Nosiviwe Mapisa-Nqakula maintained that no discussion would be allowed.

“(A)t this point I will not allow for a discussion of that matter. I will make a determination of the matter when the matter is brought to the House. The matter is at the moment in court,” she said, after informing political party reps they’d receive the legal opinion she obtained regarding the parliamentary process of removing from office Western Cape Judge President John Hlophe.

After a brief discussion on whether to forward that legal opinion to the Presidency, and that Hlophe was not among the four shortlisted candidates for Chief Justice, the Speaker closed debate.

Ditto, Public Protector Busisiwe Mkhwebane’s impeachment inquiry that got well into its 17-step process as the Section 194 committee had even adopted a draft programme. Following the June 2021 Western Cape High Court judgment that declared two parts of the parliamentary rules unconstitutional, Parliament asked the Constitutional Court for direct access to appeal; judgment is pending.

After a brief update from National Assembly senior management, Mapisa-Nqakula said, “Any comments, even though we shouldn’t be commenting because the matter is in the Constitutional Court? So, the matter is sub judice.”

No one said anything.

Like the Public Protector in September 2021, Hlophe filed papers in the Johannesburg High Court against the August 2021 decision of the Judicial Service Commission (JSC) to endorse the misconduct finding of the Judicial Conduct Tribunal in April 2021. However, Hlophe withdrew his interdict application against Parliament after Mapisa-Nqakula filed court papers saying she’d abide by its decision, according to Parliament’s statement on 22 September.

Like the Public Protector, the ruling ANC is split over the Western Cape judge president in fractures that go beyond the bluntly defined radical economic transformation groupings both are often likened to.

The EFF has no such tricky internal dynamics; it supports both Hlophe and Mkhwebane as became clear, again, in Thursday’s programming committee.

“It’s not for us to rush the process. It’s just a pity Judge Hlophe did not make the four (shortlisted Chief Justice candidates),” said EFF MP Natasha Ntlangwini, adding later, “I wish Public Protector Busisiwe Mkhwebane to win this matter for just control of the courts.”

After DA Chief Whip Natasha Mazzone queried the use of sub judice, suggesting a parliamentary legal services briefing, the Speaker indicated this could be discussed at the next programming meeting.

But the reality is such an update would re-cross previously traversed ground — going back to 23 May 2017 and most recently 17 June 2021 when MPs were told sub judice is no shield, and is outdated.

At the May 2017 public enterprises committee meeting on Eskom State Capture, then board chairperson Ben Ngubane claimed sub judice as a reason not to answer on the controversial resignation/retirement of CEO Brian Molefe and his controversial multimillion-rand pension payout.

MPs were prepared, and parliamentary legal services clearly set out how, in democratic South Africa, sub judice did not mean matters before the courts were beyond discussion — and certainly not by Parliament. Ngubane had to answer.

On 17 June 2021, the parliamentary health committee was briefed that sub judice does not trump Parliament’s constitutional oversight responsibility. And sub judice could not be invoked from the time a complaint is laid with police, as ANC MPs had claimed a week earlier in support of then health minister Zweli Mkhize, on special leave “excusing” himself from briefing the committee on the Digital Vibes scandal.

“A mere investigation does not invoke the application of the sub judice rule. Even where a matter is pending before a court of law, the sub judice rule cannot be applied in a manner that may compromise the constitutional mandate of Parliament of exercising oversight over the executive,” according to Parliament’s legal opinion.

This parliamentary legal services briefing, like the commentary from De Vos and others, is firmly rooted in precedence.

The takeaway from the unanimous 2007 Supreme Court of Appeal Midi Television judgment is this:

So different to the apartheid years, when sub judice was invoked almost at the drop of a hat; in democratic South Africa, sub judice is restricted to the very rare occasions when discussing a case before the courts can be proven to cause irreparable harm.

What once was a firm Rule 67 “No member (of Parliament) shall refer to any matter on which a judicial decision is pending” has been amended in a rules review.

The now updated Rule 89 states, “No member may reflect upon the merits of any matter on which a judicial decision in a court of law is pending.”

The separation of powers between the three spheres of state — executive, judiciary and legislature — does not obviate the cooperation and contestation permitted in the Constitution.

But democratic South Africa’s jurisprudence limiting the application of sub judice — or even the constitutional founding principles of accountability, responsiveness and openness — has stopped ministers and departmental officials claiming sub judice to sidestep often uncomfortable questions, whether from journalists or MPs.

But for those whom the Constitution tasks with oversight and ensuring accountability to invoke sub judice is, at best, curious. And this bears close watching. DM