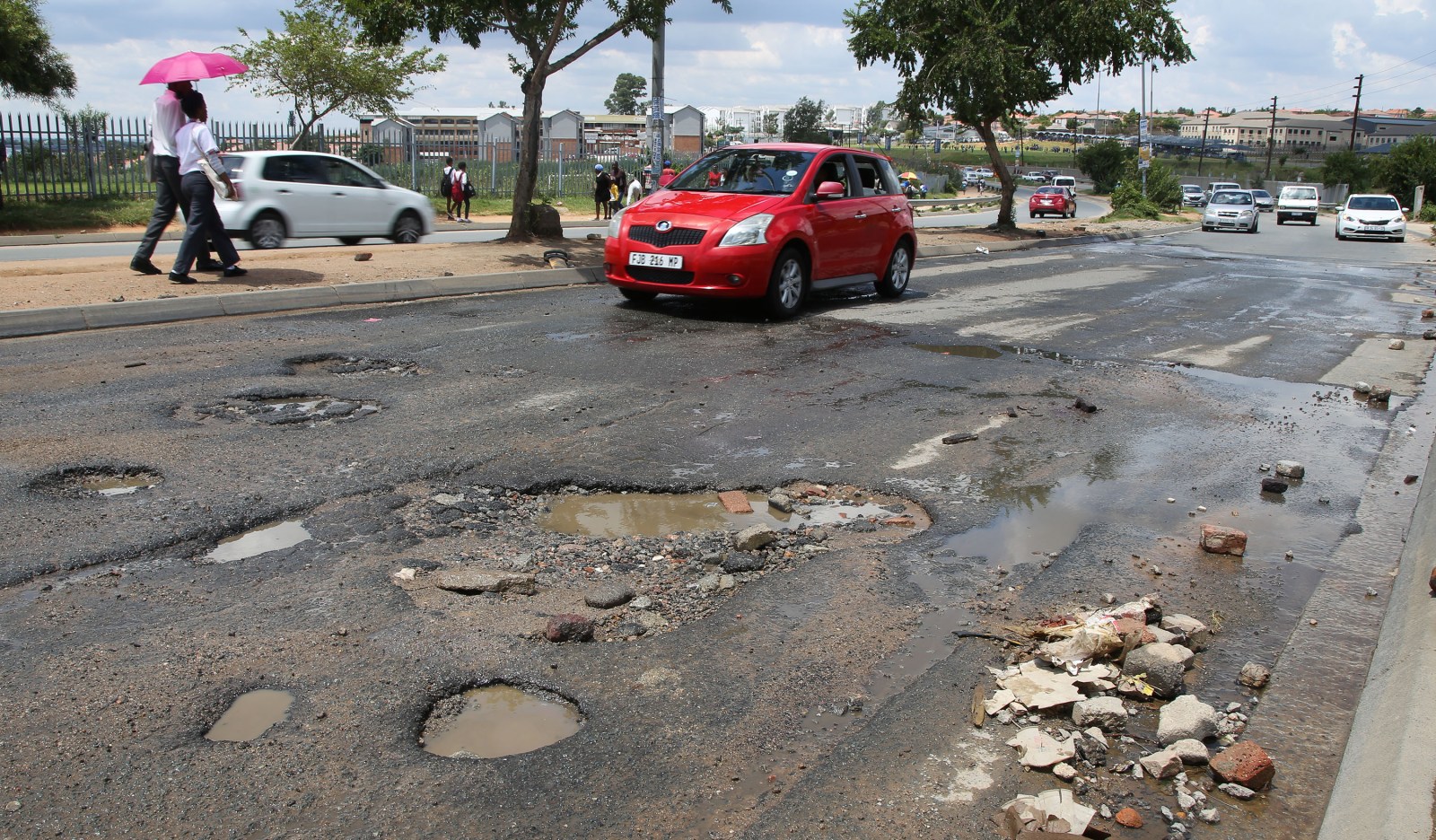 The IFP COO and chairperson of the Johannesburg Roads Agency, Albert Mokoena, has been suspended.

The chairperson of the Johannesburg Roads Agency (JRA), Dr Albert Mokoena, has been suspended after an investigation into board overreach and interference in tenders by General Shadrack Sibiya’s Group Forensic and Investigation Services (GFIS) department.

Mokoena is also the COO of the IFP, an ANC coalition partner. The ANC’s support in Johannesburg plummeted to 33.6%, while the IFP won 2.36% of the city’s votes in the November municipal poll.

The state of Johannesburg’s roads, bridges and stormwater drains is one reason for the fall in support. The city has more potholes (92,000 in its last detailed quarterly report) than any major South African city. When it rains, roads become dams. Traffic lights are often out, but a JRA spokesperson says this is because of load shedding.

The GFIS report found that Mokoena and other board members had overreached into the agency’s executive work, demanding tender specs and pushing for certain companies to get jobs. The agency has a budget of about R1.5-billion a year and runs its asphalt plant, but the road network is declining. This article sets out the details of the state of the 12,300km road network, 1,168km of which is still gravel.

The JRA promised an update on the state of the city’s roads but did not provide it by the time of writing.

“About one-third of the city roads are in a poor or very poor state. This means they will require reconstruction as they can no longer be resurfaced – 700 bridges are in an equally poor state, including the M1 and M2 highway bridges. We need an assessment report on the current state of kerbs, inlets and drains,” said DA councillor Tyrell Meyers, the previous chairperson of the transport committee who has expertise in oversight of the JRA. He added: “I’m not surprised at the suspension of the board chairperson. There have been numerous allegations about interference in operational issues at the JRA.”

Meyers said the city’s potholed roads had improved mainly because of the Discovery/Dial Direct partnership to fix them. “The problem is we do not know what the City is doing and what private companies are doing.”

City spokesperson Ntatise Modingoane confirmed Mokoena’s suspension to Daily Maverick and said investigations are ongoing. GFIS spokesperson Lucky Sindane said its reports are not publicly released but sent to the city manager, currently Floyd Brink, who is acting. The JRA company secretary, who speaks for the board, referred queries to Modingoane.

Daily Maverick has learnt that Mokoena’s reign of terror at the JRA had prompted the investigation. Former president Thabo Mbeki fired the former home affairs director-general when media reports showed that he ran a basketball enterprise from his office. IFP leader emeritus Mangosuthu Buthelezi was home affairs minister at the time.

As part of the governing agreement with the IFP for the last term, the ANC gave the minority party transport to run. The party then deployed Mokoena into the role of chairperson while the ANC deployed Republic Monakedi as CEO. Monakedi has a chequered history as a twice-failed municipal manager at the Greater Tzaneen and Mopani District municipalities.

At the JRA, the two allegedly tag-teamed to finagle the tender system. In their time, the JRA has plumbed new depths of poor service, and the roads, culverts and stormwater drains are testaments to this.

In the latest quarterly report, not yet tabled at the council, Johannesburg Water had worked on fixing the underlying pipes but dug 2,994 holes. The JRA completed 35 reinstatements. There are big holes in streets across the city because of pipe bursts. Daily Maverick reported on 55,000 pipe bursts reported by Johannesburg Water during its financial year – about 150 a day across the city.

The JRA employs 1,666 staff and contracts out most of its work. This means the tenders are valuable. The agency was started in 2001 as a plan to run the city on efficient business principles. That has never happened as the JRA is one of the most troubled institutions with a new managing director almost every year since the last local government elections. DM