Republic Monakedi was also in the news last year for being beaten up and robbed of R5m while he was Mopani district municipality manager.

The Johannesburg Roads Agency (JRA), one of the city’s worst-performing agencies, has appointed a dodgy Limpopo municipal manager as CEO of a vital road network despite his dismal performance in two basket-case municipalities.

There are more than 50,000 potholes in Johannesburg, road surfacing is in decline, stormwater drainage is often blocked and many main roads do not have guardrails. Manhole covers are missing, which poses a danger to pedestrians and drivers.

The city is one of the largest in Africa and good infrastructure drives growth, yet the JRA board has appointed Republic Monakedi, who left the very poor Mopani district buckling under the weight of failure.

In a presentation last week, the mayor of Mopani district, Pule Shayi, revealed the parlous state of the huge municipal government: it is run by consultants, has severe water problems and corruption is rife (payments are made without evidence). This slide shows that billions of rands were classified as unauthorised, irregular, fruitless and wasteful expenditure in 2016/2017 financial year. 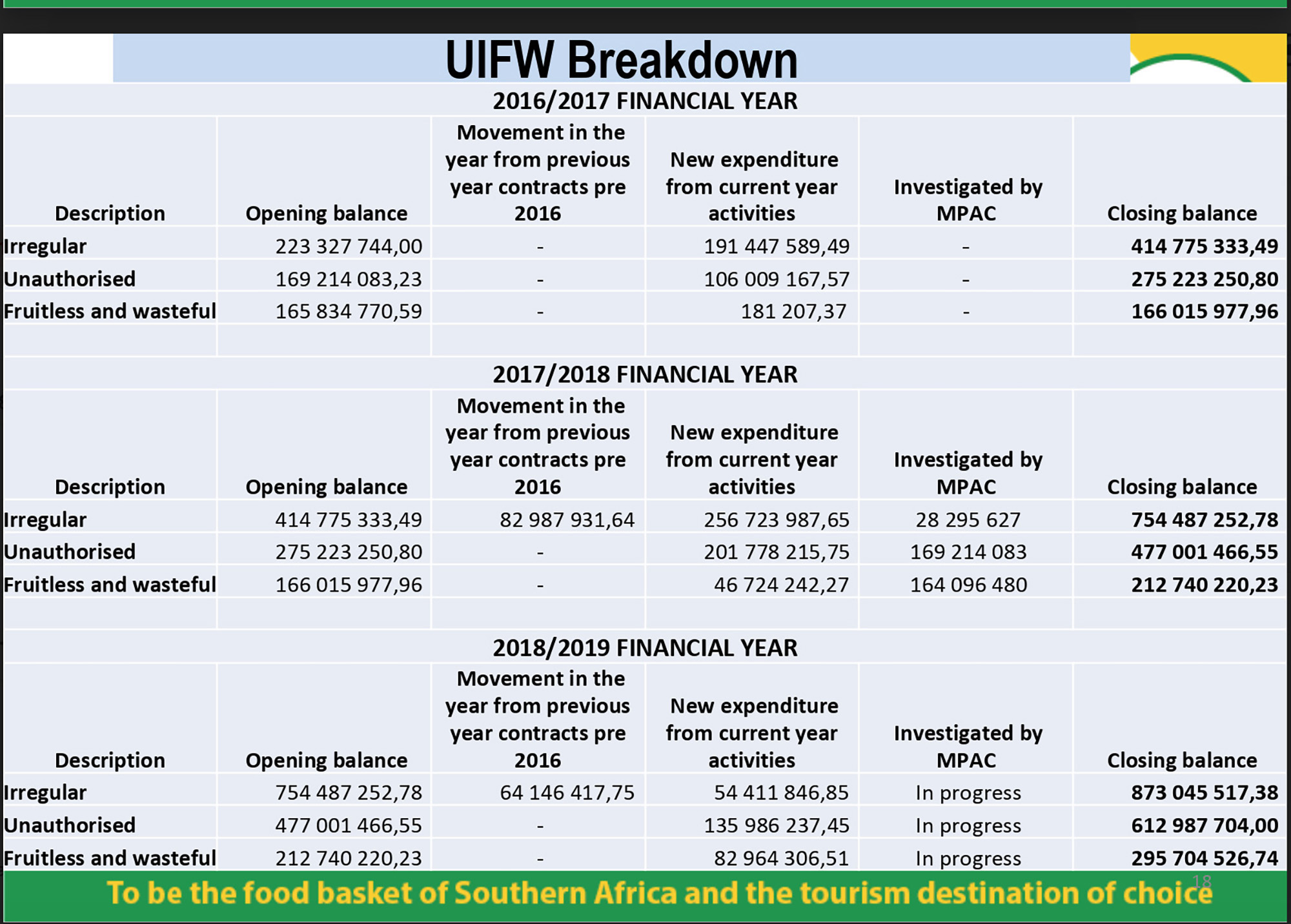 The City of Johannesburg and the JRA did not respond to multiple requests for comment on how Monakedi was appointed CEO, including questions about the process and due diligence. Welcoming him in a memo last week, company secretary Phumla Majola wished Monakedi a “joyful and productive stay in the JRA”.

“The board is pleased that Mr Monakedi has accepted the appointment and is looking forward to working with him in this new appointment to ensure enhancement of service delivery,” the memo read. A key performance area of the JRA is “zero tolerance of fraud and corruption”.

Johannesburg’s roads are a prominent and manifest example of the city’s declining infrastructure, with the 50,000 potholes an infamous feature. Mayor Geoff Makhubo has declared war on potholes.

In January 2019, Monakedi made headlines when he was beaten up and robbed of R5-million, which numerous reports said had been destined to help pay for the ANC’s annual January 8 celebration. The Mopani municipality denied this was its money.

“The JRA is already in deep crisis having had four managing directors (MDs), one having been dismissed under a cloud of criminal charges and two who had been acting in the position of MD,” said DA councillor Sean Kreusch, who specialises in transport issues.

DA Mopani district councillor Marie Helm revealed that when Monakedi resigned, he left the council R1-billion in debt to creditors, and with adverse and disclaimer audit opinions from the Auditor-General. Previously, Monakedi was municipal manager of the Greater Tzaneen council, where his term was similarly pockmarked.

The ANC has passed conference resolutions saying that its deployment committee should not recycle dodgy cadres, but it still happens regularly, as in the case of Monakedi.

The JRA’s biggest recent achievement has been to fix two M2 bridges that cross a vital arterial road, but while it says that it has undertaken a “service delivery blitz” of road-marking, site-clearing and kerb-inlet reconstruction, in fact, a cursory citizen inspection will show that all the areas the agency is in charge of are in poor repair.

The agency is also in charge of traffic lights (which appear to be more on the blink than working) and the network of municipal roads. It claimed 100% achievement on damaged traffic signal pole repairs (the city’s residents often collide with these and knock them down).

In a recent report, the JRA said that it was underfunded in the face of growing demand.

“The JRA faces increasing demand for infrastructure establishment and rehabilitation due to the general state of road infrastructure,” the report reads.

The city’s manholes are often uncovered because of steel theft that bedevils the country’s transport networks. “Theft and vandalism remain a challenge with increasing evidence of theft of manhole covers and traffic signals-related infrastructure on the rise… this contributes to traffic signals downtime.”

In a statement about the appointment, the JRA says: “The appointment of Mr. Selemo Republic Monakedi is an outcome of a competitive and stringent recruitment process… The vetting process was conducted by an independent service provider and it included verification of qualifications, criminal checks, credit checks and references from previous and current employer(s). Being the highest scorer and based on the outcome of the vetting process which contained no adverse reports that disqualified Mr. Monakedi from being appointed as the CEO of the (JRA) team, the appointment was meritoriously made.” DM

*If you’ve had to repair a tyre or in other ways collided with a pothole, could you pop me a note to [email protected]

** Daily Maverick will reflect the JRA comment when it arrives