Portraits of Lives Lost: Lucas Mogwerane – ‘He cried like a baby’ 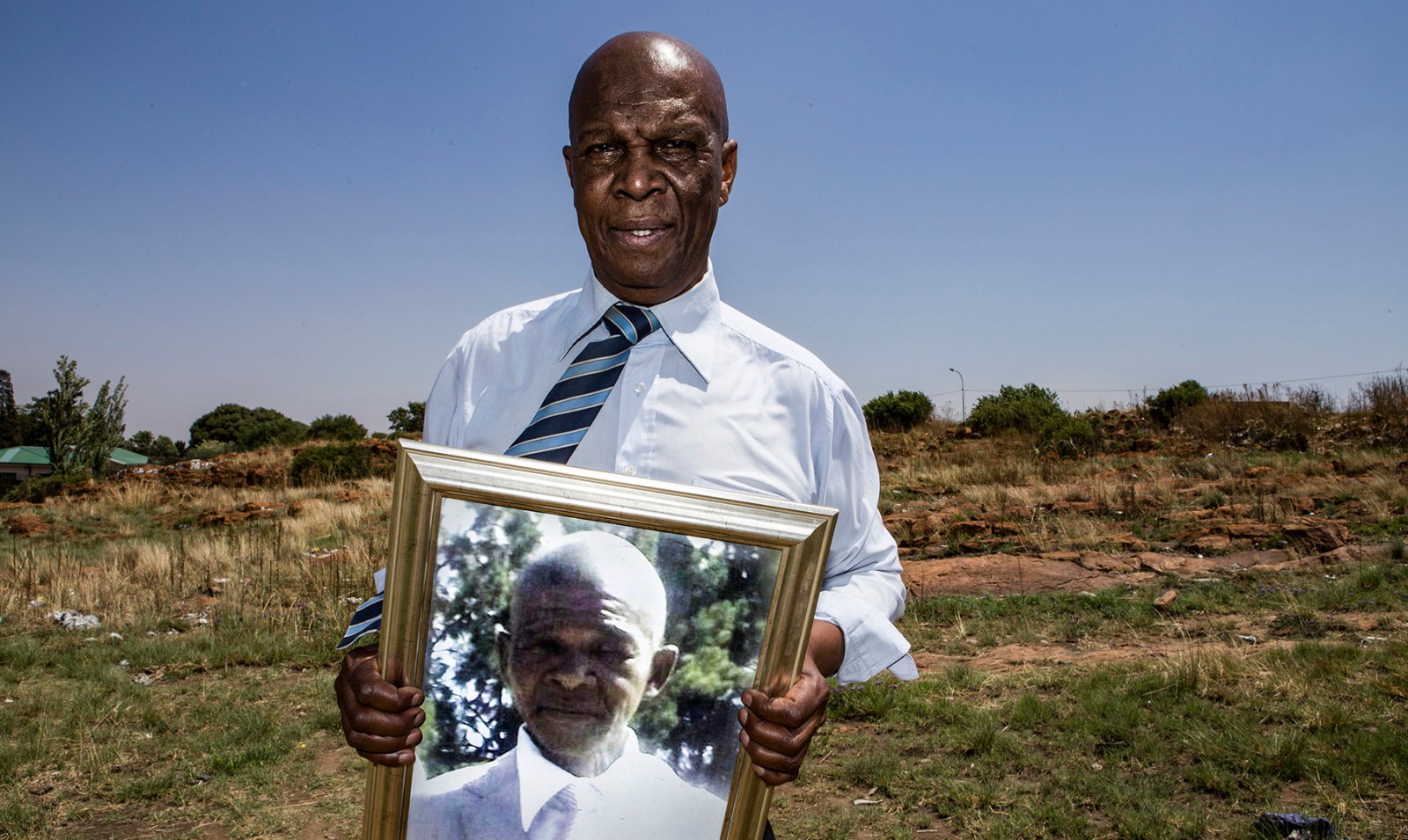 Following five postponements since it began in July, the Life Esidimeni inquest resumed this week. The formal inquest will determine whether there can be any criminal liability for the deaths of 144 mental healthcare patients who died in the care of the South African public health system in 2016. They died from neglect, starvation, torture and abuse.

Maverick Citizen is running a series of weekly portraits of those who died and the stories of the loved ones left behind. Harriet Perlman, Darnell Nxumalo and photographer Mark Lewis, have been interviewing families as part of an ongoing memorial and advocacy website. Families have waited five difficult years for answers. The inquest is primarily about their pain and ongoing fight for justice.

Christopher Mogwerane loved to stand and pose in a suit. He would laugh and say: “I am dating beautiful women.” Lucas holds this picture, taken at a family wedding, with a mix of pride and deep sadness.

“My brother was a piece of me,” he says.

Christopher had been diagnosed as schizophrenic and lived at Life Esidimeni Randfontein for about 10 years and later at Waverley.

“I wasn’t getting rid of him. He just needed the care and attention I couldn’t give him. I visited him every week,” Lucas says.

In December 2015, Lucas heard at an open day that Life Esidimeni would be closing. He protested straight away.

“I took the loudspeaker and shouted to all the family members: ‘We need a petition.’ That’s when I first became an active Family Committee member.”

Lucas was part of a group that “forced a meeting with (former Gauteng health MEC) Qedani Mahlangu”. “She arrived an hour late,” he remembers. “But she agreed she would postpone the move.”

But she didn’t keep her promise and in March the government started to move people.

Then in May, Lucas was driving home when he got a call from a social worker.

“We are moving your brother. Someone will phone you.” He was surprised. There had been no prior consultation.

Three days later he went to visit Christopher at the Rebafenyi Care Centre, an NGO in Atteridgeville. When he saw Lucas, Christopher was overwhelmed.

“Where were you?” he said and cried like a baby. “That was the first time in 30 years I had seen him cry like that.”

“I had brought food for my brother. He was starving. But so were other patients. They rushed to the car to grab the bananas I had brought. They just ate and ate,” says Lucas.

That was the last time Lucas saw Christopher. A week later he was dead. Lucas was told his brother had died after a fall during the night. He was only found the next morning.

“Patients were being left alone at night,” Lucas says.

“The arbitration cannot be the end,” he adds. “Qedani Mahlangu must be prosecuted. No one is above the law. Neither is she. And until then we must continue to speak out. To expose what happened.” DM/MC

For more background to the tragedy and for information and resources about mental health, visit the Life Esidimeni memorial website here. Follow Maverick Citizen journalist Zukiswa Pikoli’s reports on the inquest as it unfolds. Her latest report is here.