Of Eskom mischief-makers, tweeters and the long journey towards a load shedding-free South Africa 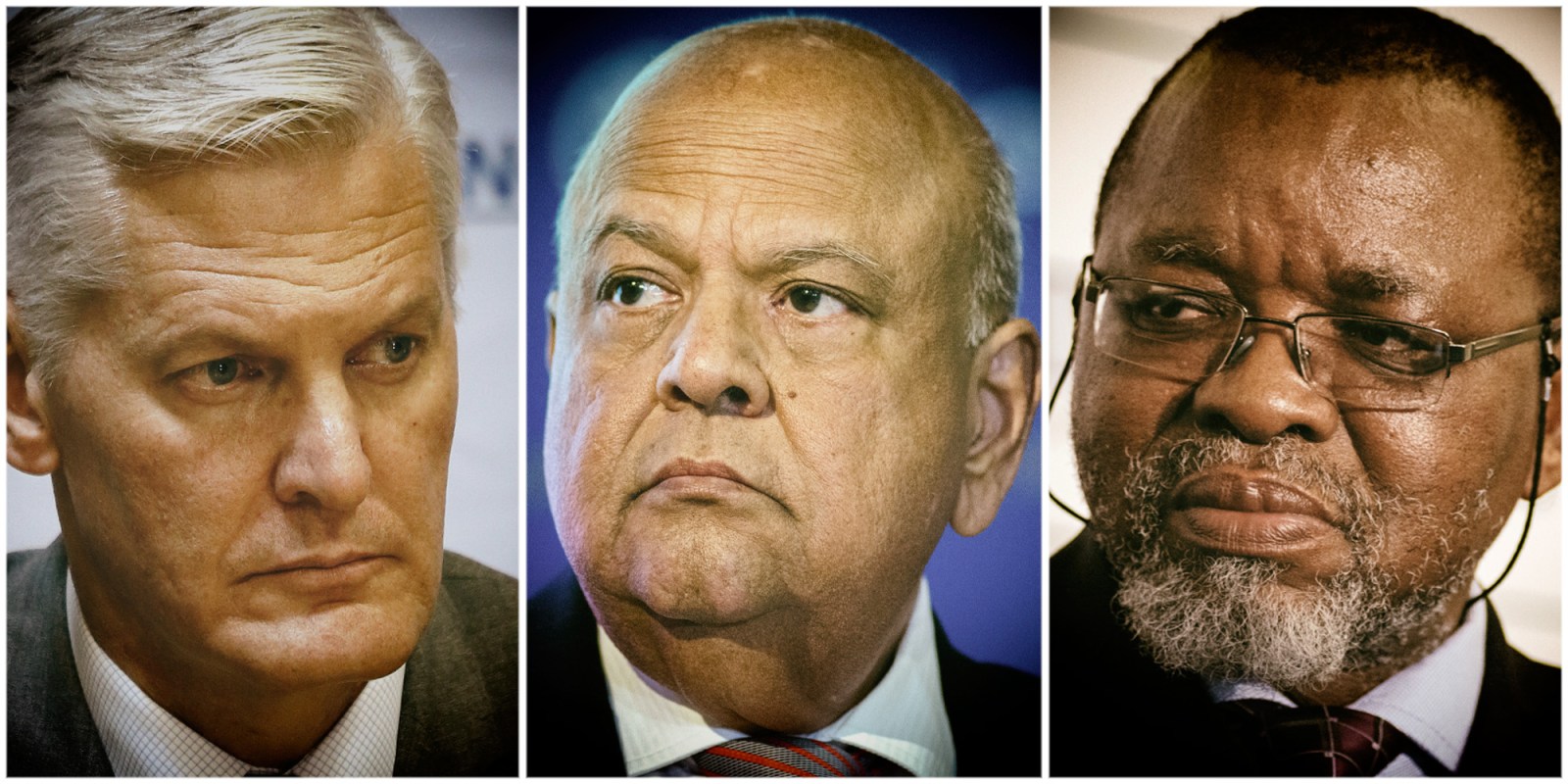 Amid Stage 2 load shedding, the parliamentary spotlight again fell on Eskom and the risk of its continual rotational power outages to South Africa’s economy and people. But Wednesday’s official switch was to the role of mischief-makers.

‘Certain people who tweet regularly and want to demonstrate that they are ‘in touch’ with failures at Eskom at one unit or another are clearly on a path to rehabilitate themselves so that they don’t go to jail. But they become important disruptors.”

That’s part of the risk Eskom must deal with, according to Public Enterprises Minister Pravin Gordhan, answering questions in the House on Wednesday.

He did not name anyone, but it was a clear reference to one-time Eskom interim group chief executive Matshela Koko who resigned in February 2018 as the power utility instituted a disciplinary hearing. Koko was a regular tweeter with 63,800 followers and his own energy company.

Talking about “internal collaborators” and calling on law enforcement agencies to assist in “the reorientation of behaviour according to the right values”, Gordhan also called on the dominant trade unions to “become protectors of a national asset” and ensure a stable electricity supply.

“The country, and Parliament, must become intolerant with anyone who wants to undermine a national asset like Eskom.”

The minister did not mince his words. And certainly not when EFF MP Omphile Maotwe pointed out that rotational power cuts did not happen under previous CEOs like Brian Molefe.

“If Ms Maotwe identifies with individuals that were directly or indirectly linked to corruption and State Capture, that’s an interesting political declaration for the country to take account of. It’s a pity it comes too late for the local government elections so citizens know what they deal with,” Gordhan replied.

His bottom line? “To those who are dishonest, we need to clearly say: ‘Please go find a job somewhere else, Eskom does not need you.’ ”

From tweeters to mischief-makers and “accidents, intentional or not” at Eskom, Wednesday also saw the start of renewed Stage 2 rolling power cuts as unplanned breakages hit almost 15,500MW.

Back at Parliament, Gordhan’s replies in the House on disruptors, collaborators and so-called accidents echoed what he had earlier told the parliamentary public enterprises committee.

Then Eskom CEO André de Ruyter got on the same page, outlining to MPs how the power utility executives had deployed drones with infrared monitors to patrol at night — cable thieves have been caught — while also tracking suspicious vehicles. “Intelligent cameras, equipped with AI [artificial intelligence]” had been installed inside plants to monitor conduct.

In one example of such “mischievous acts”, the power utility boss recounted how water valves had been opened to drain boilers of mineralised water — it takes significant time to refill the boilers.

While such mischief-making — sabotage was insinuated, but not expressly stated — may well be a risk in Eskom, it pales in comparison to the significant risk the R401-billion debt and rolling power cuts have on South Africa’s economy, never mind its people.

On Wednesday, Parliament’s public enterprises committee asked how long these rolling power outages would last, or as ANC MP Sibusiso Gumede put it: “How long until Eskom returns to normal?”

A long time, was the answer, although it may be a little quicker if the urgently needed 4,000MW to 6,000MW are added to the grid, fast.

“The process of bringing the additional capacity on to the grid should be pursued as a matter of urgency,” said De Ruyter in an echo of the minister.

Or as Gordhan told the committee, without giving a time frame, the “long journey” towards secure uninterrupted electricity supply could be shortened with the addition of the extra capacity.

“We are going to have a fair amount of instability… or managed change. Currently we have to repair that which we need to repair; we have to complete the restructuring or unbundling process and, thirdly, we need to introduce the changes required for the just transition.”

Later in the House, the message was the same. “Load shedding is significantly less likely if we have 4,000MW to 6,000MW so these accidents, intentional or otherwise, can be absorbed.”

That, of course, puts Gordhan at odds with his Cabinet colleague, Mineral Resources and Energy Minister Gwede Mantashe, who is also the ANC national chairperson. Also involved in different ways seem to be Environmental Affairs Minister Barbara Creecy and Trade, Industry and Competition Minister Ebrahim Patel.

And while the government says it’s looking at an integrated approach where everybody does what they must, punctually and comprehensively, the reality of debt and governance breaches at state-owned entities remains — and not only at Eskom.

The South African Post Office has contravened its legal duty to pay over to tax authorities the about R600-million it collected from workers as PAYE (pay as you earn), never mind pension and statutory levies like the Unemployment Insurance Fund (UIF).

The Post Office joins Denel, which for more than a year has struggled to pay full salaries to workers, alongside pensions and UIF contributions.

While Finance Minister Enoch Godongwana announced no further bailouts in his maiden Medium-Term Budget Policy Statement (MTBPS), in its briefing to MPs on Tuesday the Post Office said a plan was in place, but R8-billion was needed. Denel got R2.9-billion to pay debt obligations, according to the MTBPS.

The MTBPS is currently the subject of public hearings by Parliament’s finance committees as the committees in the national legislature push a hard deadline to finalise oversight of their Budget Review and Recommendations Reports before the MTBPS, or the Adjustments Appropriation Bill. Often such oversight is limited to a single three- to four-hour online interaction.

While Wednesday’s public enterprises committee meeting with Eskom was about its 2020/21 annual report and financials, rotational power cuts and what’s behind them became central.

Amid the talk of tweeters, collaborators and mischief-makers, ANC MP Judith Tshabalala asked De Ruyter to apologise for his comments about jockeys and flogging dead horses.

This offhand comment came in response to questions about calls for his resignation during last week’s first briefing on rotational power cuts. De Ruyter’s response was that he would not step down; it was pointless changing a jockey and flogging a dead horse when continuity of management was needed.

For Tshabalala, the statement had been “unfortunate” and required a correction and apology. “We can’t say that when we’ve given you the responsibility [for Eskom]… for you to say Eskom is a dead horse, what does that mean? It then means to us when we interpret it [that] you don’t have faith about the direction of Eskom.”

The ANC MP returned to this when in his responses De Ruyter had not apologised. Called on this, he responded: “If there was any discomfort caused by the use of the colloquialism, I’m terribly sorry and I withdraw that remark.”

When the EFF tried to raise this again in the House, Gordhan swatted it away, saying the CEO had apologised and that was that.

Dead horses and jockeys dealt with, it remains unclear whether similar determination might be brought to bear to settle the broader energy-supply policy and ideological battles in Cabinet. DM