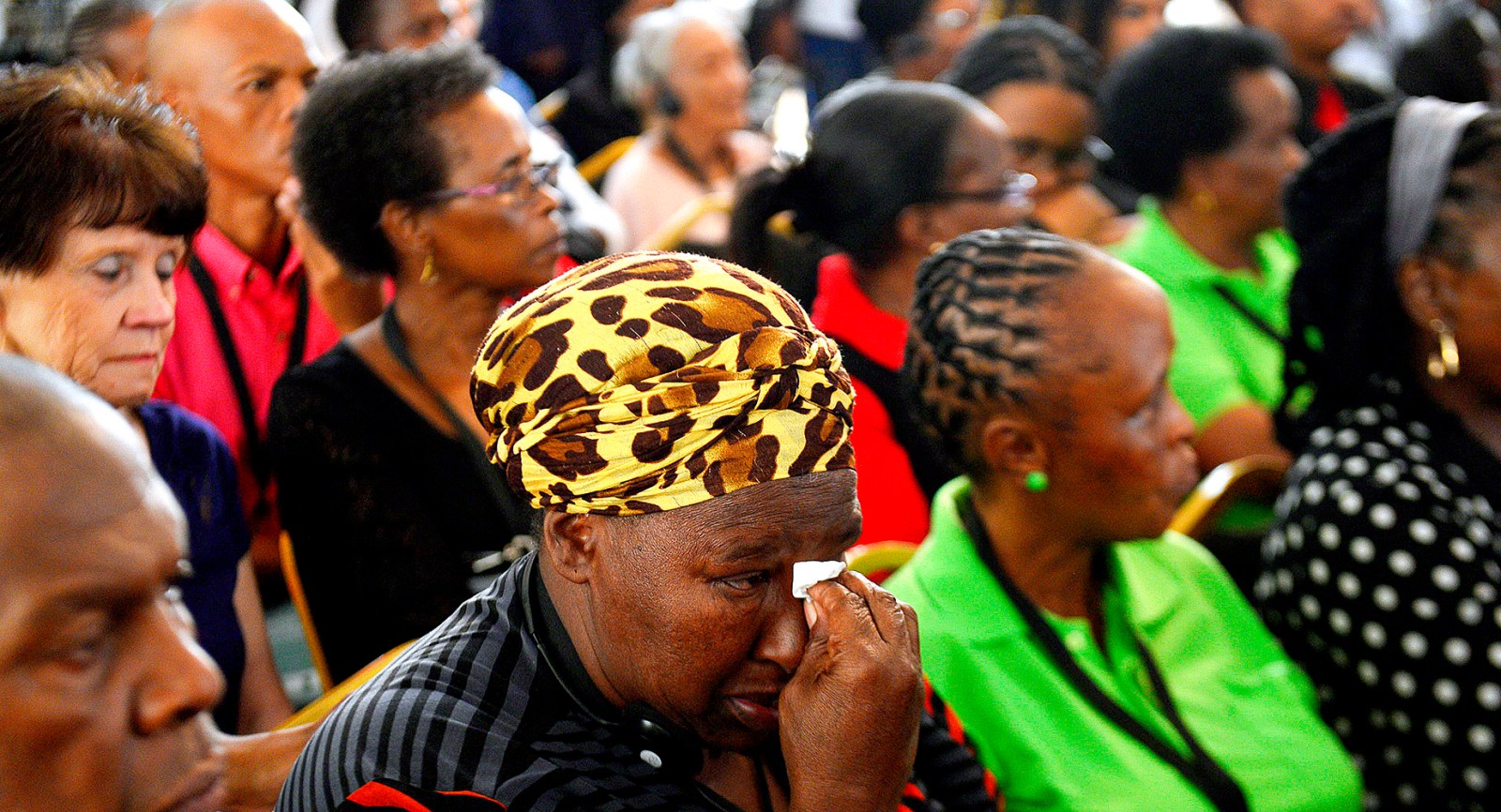 Gauteng Department of Health Chief Planning Director Levy Mosenogi has told the inquest that he alerted former Gauteng Health MEC Qedani Mahlangu that the Marathon Project to move mental healthcare users to NGOs was not possible in the allocated time frame.

The Life Esidimeni inquest resumed on Monday morning after a month’s delay with testimony from the former deputy director-general of the Gauteng Department of Health (GDoH) Dr Richard Lebethe.

Lebethe concluded his testimony on the Life Esidimeni Marathon Project, in which at least 144 mental healthcare users died in 2016, by stating, “There were no lines between the project and the general running of the programmes of the department. I wasn’t operational in this project, but where I came in was as a member of the executive from time to time.”

He was followed by GDoH Chief Planning Director Levy Mosenogi, who began his testimony by stating that, “Members of the project teams were responsible managers in their own programmes… they just came on to the team so that I can hear their reports.”

He said that he expected that any “challenges and problems” would be brought up in the project meetings that were held from time to time.

The presentation on 26 January 2016 “was highlighting what has been done in terms of the mental healthcare unit and the NGOs that are there”. He denied that the report confirmed readiness.

He said that his job meant that after receiving feedback from the teams, he would sit with Dr Makgabo Manamela, who was the director of mental health at the GDoH at the time, and compile a report which would be presented to the executive.

He said he realised by 12 February that it would not be possible to move all the mental healthcare patients by 31 March 2016 as envisaged.

Mosenogi testified that he had written to MEC Mahlangu while she was on leave to alert her that they would need an extension of six to 12 months to complete the project. However, the inquest heard that it is Mahlangu’s evidence that when she met Mosenogi in person after the email correspondence, he said that a three-month extension would be sufficient.

“I requested six months to a year and I stated reasons why… but I accepted the extension of three months because it gives us something to work on at least,” responded Mosenogi.

He said he didn’t remember saying that a three-month extension was sufficient, but accepted it as given by the MEC as well as based on the assurance of the mental health unit that there would be enough beds.

“If I was not happy I would have asked for an additional extension,” Mosenogi testified.

Mahlangu’s counsel said that she would testify that she had deferred to Mosenogi and his team’s understanding on the termination of the project because they were “the men on the ground immersed in day-to-day issues from a multi-disciplinary perspective,” which Mosenogi confirmed.

Mosenogi said that he had suggested that the department purchase two of the mental healthcare facilities because he thought “it would make our work much easier,” to which Mahlangu had responded that “it was not in keeping with the strategy to deinstitutionalise MHCUs [mental healthcare users] capable of deinstitutionalisation, nor was there a budget for this purchase”.

“My idea was that the money we are using at that point to contract the service providers, some of the money could be used to at least purchase one or two of those facilities, but I was aware that in terms of the decision that was made before I undertook the project, one of the issues that was raised was that of budget constraint,” said Mosenogi.

He testified that he was the only senior official who raised his concerns in writing and expressed his frustrations to the MEC and the then Gauteng health head Dr Barney Selebano, but that clinical psychiatrists had also done so.

Mosenogi said this was also because of the “dissatisfaction of the families and other stakeholders regarding the impending closure of the Life Esidimeni institution. I thought it was my responsibility because I was put in that position to highlight concerns.”

The inquest resumes on Tuesday. DM/MC