Hawks officers did nothing to prevent Charl Kinnear assassination, should be criminally charged – SAPS watchdog 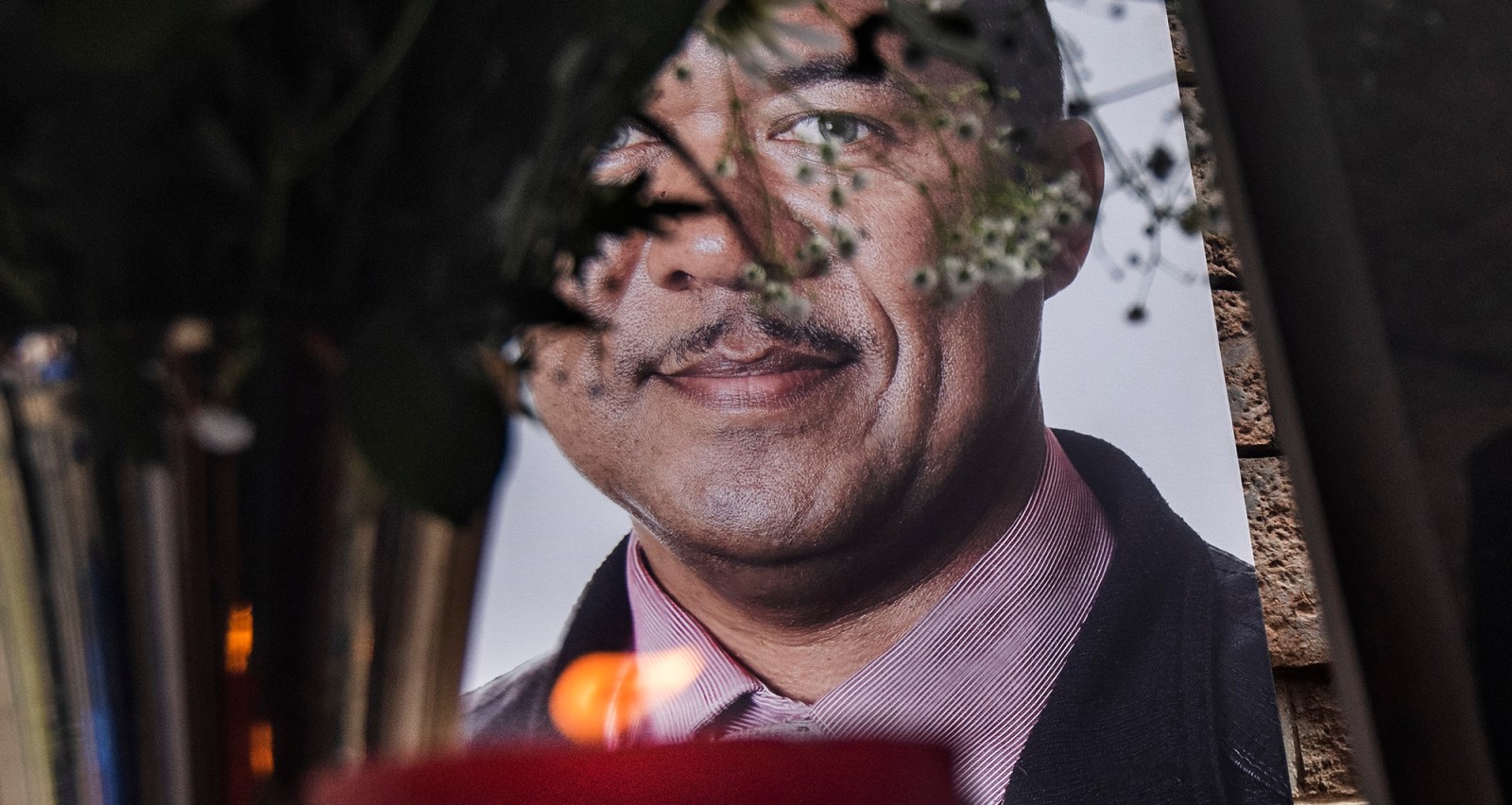 A candle burns in front of a portrait outside the house of murdered policeman Charl Kinnear during the one-year memorial lecture in Bishop Lavis on 18 September 2021 in Cape Town, South Africa. (Photo: Gallo Images / Brenton Geach)

Hawks officers were aware that detective Charl Kinnear’s movements were being monitored in the run-up to his assassination, but failed to act. This is one of five articles in which Daily Maverick unpacks the Independent Police Investigative Directorate’s (Ipid) findings into how police let Kinnear down.

Hawks officers in Gauteng failed to launch an investigation into the illegal monitoring of detective Charl Kinnear’s location via his cellphone in the run-up to his murder.

Two Hawks members from Gauteng should therefore be criminally charged and national Hawks head Godfrey Lebeya’s conduct should also be looked at.

This is according to a scathing 61-page Ipid report based on an investigation into Kinnear’s lack of security in the 15 days leading up to his assassination on 18 September 2020, when a gunman shot Kinnear outside of his Bishop Lavis home in Cape Town.

He had been investigating several underworld crimes as well as an alleged syndicate involving police officers in Gauteng helping suspects get firearm licences.

Among the suspects arrested in connection with his murder are Zane Kilian and Nafiz Modack.

At the time of Kinnear’s killing, no security detail was assigned to him, despite it being known that threats had been made on his life.

This led to police bosses including National Police Commissioner Khehla Sitole and Police Minister Bheki Cele calling on Ipid to investigate this.

On Friday, 12 November 2021, in response to a Daily Maverick query about these, national police spokesperson Brigadier Vish Naidoo said: “The South African Police can confirm that it has received recommendations from Ipid to institute departmental action against certain officers of the SAPS in respect of the Charl Kinnear matter.

“The files with the recommendations were received by the SAPS Human Resource department this week and they are currently being perused before the national commissioner and deputy national for support are briefed on how this matter will be dealt with moving forward [sic].

Ipid spokesperson Grace Langa said: “An update on this matter will be provided as soon as Ipid finalises its own internal processes.”

In the days leading up to his murder, Kinnear’s phone was “pinged” – in other words traced so that his location could be monitored.

Daily Maverick has previously reported on how countless South Africans may have been stripped of privacy and made vulnerable to criminals due to the abuse of cellphone pinging by individuals meant to be protecting them – including some police and private investigators.

An owner of a company that effectively sold pings had, according to Ipid, corroborated this.

The owner, noticing consistent pings on Kinnear on 3 September 2020, allegedly alerted a warrant officer in Gauteng as they feared Kinnear was in danger.

On 16 September 2020, two days before Kinnear was killed, the owner and warrant officer had a falling-out because the pings had increased but nothing came of the owner’s alerts about it.

Kinnear was assassinated on 18 September 2020.

Ipid found: “DPCI had sufficient and prima facie evidence at hand to have applied for a search-and-seizure warrant to stop the illegal monitoring, seized equipment and ensure that the ongoing crime being committed against the state was neutralised.”

This had not happened.

Ipid, therefore, found that two Hawks officers from Gauteng had “knowingly aided and abetted those entities and individuals in furtherance of committing this criminal conduct.

“This constitutes a serious breach of their constitutional duty and oath of office and their concomitant failure to investigate the threat.”

These two Gauteng Hawks officers had a legal duty to investigate those known to be involved in monitoring Kinnear’s cellphone and stripping him of his right to privacy, as well as those involved in platforms enabling this, such as mobile networks Vodacom and MTN.

However, the Ipid report found the officers failed to act and this “resulted in the killing of the late Lieutenant Colonel Kinnear”.

It was recommended the two Hawks officers be criminally charged for defeating the ends of justice.

Investigations into the “complicity of network providers” in relation to pinging were still under way.

Its investigation found that he failed to consider that “the offences are committed/planned in more than one province” – in the case of Kinnear, this involved the Western Cape and Gauteng.

Specialised skills available to, or sourced by, the Hawks were needed to deal with the offences.

“The National Head of DPCI failed to ensure that the DPCI members implicated, investigated the threat against the state and therefore failed to protect the national interest or security of the state,” the Ipid report said.

It urged Cele to consider whether Lebeya’s conduct was in line with the South African Police Service Act. DM