Anti-Gang Unit was not properly formed, had no adequate... 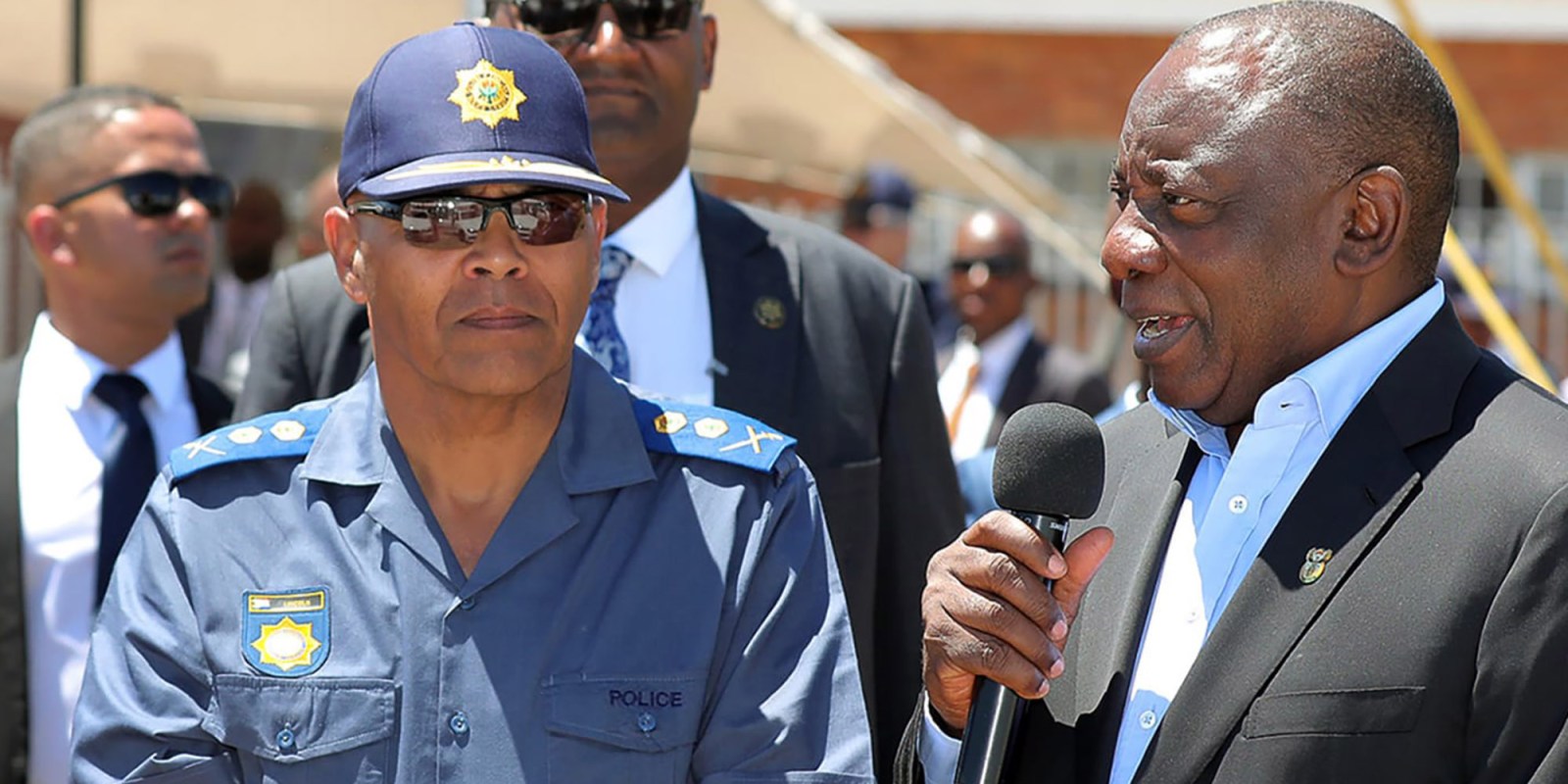 The Anti-Gang Unit, where detective Charl Kinnear was based, failed to ensure he was safe and an officer who knew about a threat against him two days before his killing did not even alert him. This is one of five articles in which Daily Maverick unpacks the Independent Police Investigative Directorate’s findings into how police let Kinnear down.

In November 2018 the Western Cape’s Anti-Gang Unit was officially launched with much fanfare and the backing of President Cyril Ramaphosa, who had been sworn in as head of state a few months earlier.

At the time, a government statement said: “The Anti-Gang Unit made up of members from specialised units aims to dislodge and terminally weaken the capacity of the gangs where they are prevalent across the country.

“The unit also aims to disorganise and fundamentally disable the criminal economy linked to gangsterism, including drug and firearm supply lines or other identified commodities.”

But the Independent Police Investigative Directorate (Ipid) has found that not all was rock-solid in terms of the AGU’s structure and functioning.

It said it could not dispute the need for the AGU in the Western Cape, given the hostility of gangs in the province.

But it had concerns about its formation and appointment of personnel.

Lieutenant-Colonel Charl Kinnear was a member of the AGU and was involved in investigating several underworld crimes as well as an alleged syndicate involving police officers in Gauteng helping suspects get firearm licences.

He was assassinated on the afternoon of 18 September 2020 outside of his Bishop Lavis home, parts of which are known to be 28s gang strongholds, in Cape Town.

At the time he was shot, he was not under any form of state protection, despite several colleagues knowing that threats had been made on his life.

This led to police bosses calling on Ipid to investigate.

Daily Maverick has seen the findings which are scathing and critical of the South African Police Service (SAPS), which already has a deeply divided top structure.

SAPS has confirmed it is analysing Ipid’s findings to determine how to move forward.

Among key recommendations made to it, is that critical units, like the AGU, need to be properly resourced.

The Ipid findings said during an interview in May this year, Major-General Andre Lincoln, who was the AGU’s head, “confirmed our suspicion that the AGU was not properly formed and properly capacitated”.

“By his own admission he said when the unit was formed in 2018, he was just told he will be heading the unit, with no specific guidelines and specifications of how he should do it.”

Daily Maverick previously reported that disciplinary steps were launched against Lincoln in relation to Kinnear’s lack of security in the run-up to his assassination.

In Labour Court papers from May 2021, Lincoln, who wanted an independent chair to head the disciplinary matter, had stated: “I am entitled to be protected from any reprisals from senior generals in SAPS.

“The disciplinary proceedings against me are clearly a result of my disclosures against the senior generals for having accused them of failing to fulfil their duties and responsibilities as contemplated in the security policy.”

It was therefore Lincoln’s assertion that because he pointed out failures of his seniors, he was being targeted.

Ipid, however, found that Lincoln should be departmentally charged for his failure to provide Kinnear with essential protection.

Lincoln retired at the end of October 2021, so Ipid’s findings may have no bearing on him.

In its findings, Ipid said his inaction equated to misconduct.

“The findings indicate that not only did Major-General Lincoln as commander failed but SAPS as an organisation cumulatively failed to protect or provide security measures to the late Lieutenant Colonel Kinnear and also failed to provide same to his immediate family for the period 3 September 2020 to 18 September 2020,” the Ipid report said.

It further found that Lincoln had “no intimate knowledge of what the detective team was doing in the AGU” and this saw Kinnear “running with cases by himself”.

Lincoln, Ipid found, had not kept track of how resources were spent, with this being the discretion of investigators instead.

“This poses a serious risk of abuse of state resources,” its report said.

“The team further discovered that there was no overall detective commander at AGU, to whom Lieutenant Colonel Kinnear would be expected to report to.”

Ipid recommended that should the AGU retain its investigative capacity, a detective commander be appointed to supervise AGU investigations.

It found it had not been properly resourced.

“Reinforced vehicles were needed. AGU members did not have the requisite skills, proper training or equipment to do the protection duties.”

These issues, it said, should have been addressed by the Western Cape’s acting provincial commissioner at the time, Sindile Mfazi, who died in July this year.

As previously reported, police first said Mfazi died due to Covid-19 complications but it later emerged the cause of his death was under investigation after suspicions surfaced he was poisoned.

The Ipid report also focused on threats to Kinnear in the days before his murder.

It said that on 16 September 2020 – two days before Kinnear was murdered – an anonymous call was made to the AGU’s operations room.

The caller told a sergeant that a cash reward was offered for the murder of Kinnear, as well as a second police officer with the surname Jefta.

This sergeant related details of the call to the operations room commander.

However, the Ipid investigation found that the operations room commander had not shared this information with Lincoln or Kinnear.

It was, therefore, recommended the operations room commander be criminally charged with defeating the course of justice and departmentally charged for not complying with his duties.

On Friday, 12 November 2021, in response to a Daily Maverick query about the Ipid’s findings, national police spokesperson Brigadier Vish Naidoo said: “The South African Police can confirm that it has received recommendations from Ipid to institute departmental action against certain officers of the SAPS in respect of the Charl Kinnear matter.

“The files with the recommendations were received by the SAPS human resource department this week and they are currently being perused before the national commissioner and deputy national for support are briefed on how this matter will be dealt with moving forward [sic].

Ipid spokesperson Grace Langa said an update on this matter will be provided as soon as Ipid finalises its own internal processes. DM