SA will not sign COP26 parallel pledge to move away from coal, says Environment Minister Creecy 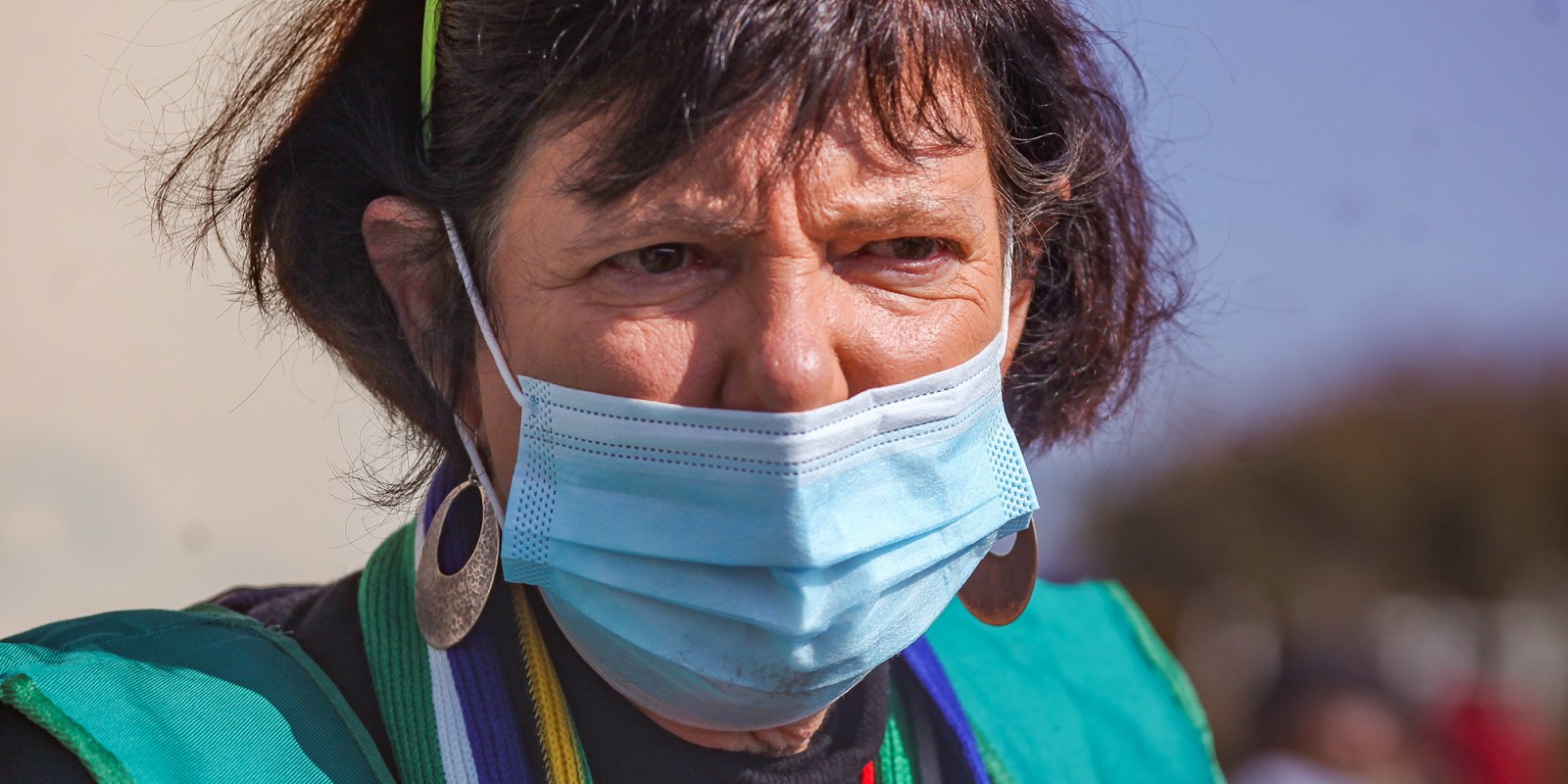 In an effort to ensure the success of the COP26 climate crisis negotiations and achieve the goal of shifting away from coal, 40 countries and institutions signed a pledge to end coal financing – but South Africa was missing from the commitment.

South Africa will not be signing the pledge to move away from coal that was established on the sidelines of the COP26 climate crisis negotiations under way in Glasgow, Scotland, the Forestry, Fisheries and the Environment Minister, Barbara Creecy said.

The minister told Daily Maverick in Glasgow that the country had not taken part in the pledge signed by 40 nations and institutions to end coal financing by the 2030s for major economies, and the 2040s for poorer nations.

“South Africa has not signed the move away from coal pledge. Our position in negotiations is that any decisions need to be made in the process of formal negotiations through the convention.

“And I think that we would be worried about situations where there’s an increase in tendency to set up platforms and pledges that are outside of the negotiation process. We think that it disadvantages developing countries,” Creecy said.

COP26 has been peppered with ambitious announcements that have been concluded outside of the formal negotiations where countries discuss the necessary and binding measures to reduce global emissions to tackle the climate crisis. The announcements, which are only pledges, have been labelled as “greenwashing” by some.

The minister said if there were a rush to disinvest from coal, this was likely to result in stranded assets – infrastructure no longer able to earn an economic return.

“What will happen is that the country will end up with stranded assets. And we know that in any transition there are winners and losers. The losers are seldom owners, it’s normally the workers and the communities,” said Creecy.

She added that there was an emphasis on a just transition and accessing the necessary financing to ensure that marginalised communities aren’t further disadvantaged in the move away from coal, as guided in SA by the Eskom Just Energy Transition Plan.

Creecy said the argument of gas as an “important transitional fuel” in the shift away from coal was accepted by the department as gas has half the carbon footprint of coal. She added that the concern is how investors will back gas with the aspiration for net-zero greenhouse gas emissions by 2050.

COP26 President Alok Sharma said in a press conference last week that the goal of his presidency was to shift countries away from coal but not other fossil fuels such as oil and gas.

Transitioning away from coal has been seen as a key move to achieving the 2050 net-zero goal. Gas has been mooted as a leading alternative for developing and developed countries alike.

Alongside the announcements that shadowed the negotiations in the first week of COP26 was the launch of a partnership between the European Union, US, UK, Germany and France. They pledged R131-billion to South Africa to assist the 80% coal-dependent country with transitioning away from coal and to “cleaner” energy sources.

Creecy said the partnership, which includes a mix of concessional loans and grants, can assist South Africa in de-risking private financing and thus unlocking access to loans with lower than commercial rates.

“The issue when you look at private financing is always the question of, ‘What is the revenue stream to repay?’ One of the programmes we have put in the basket is electric vehicles. So I think that in that situation you could be using grants and concessional financing to be doing your feasibility and preparatory work – a revenue stream through the sale of vehicles is clear,” said Creecy.

“We are also interested in the question of adaptation, and not because we have given up the fight against greenhouse gases,” Creecy said.

“But because we understand that it’s important that developing countries are able to make their countries more climate resistant. And climate resilience related to agriculture, which obviously in the face of floods, droughts, fires… countries need to develop new ways of developing crops.”

Developed countries have repeatedly failed to meet their climate finance obligations of $100-billion per year between 2009 and 2020. The amount was near $80-billion in 2019, with Africa receiving about $5.5-billion per year towards adaptation.

The scale of Africa’s climate crisis issues does not match the funding available to meet its climate goals, especially as the continent is warming at twice the global average temperature rate.

At the opening of COP26, the continent asked to be recognised as a special needs and circumstances region in order to receive funding specially tailored to its needs. The request was rejected.

The vulnerability of the continent has seen African countries experience droughts, locust swarms, fires and floods. The Covid-19 pandemic further exacerbated the crisis and countries were stripped of their meagre resources to fight the crisis.

“I don’t really see African countries changing their minds on [the three aspects of the Paris Agreement] because the circumstances on the ground are not going to change,” Creecy said. DM/OBP

SA will not sign COP26 parallel pledge to move away from coal, says Environment Minister Creecy