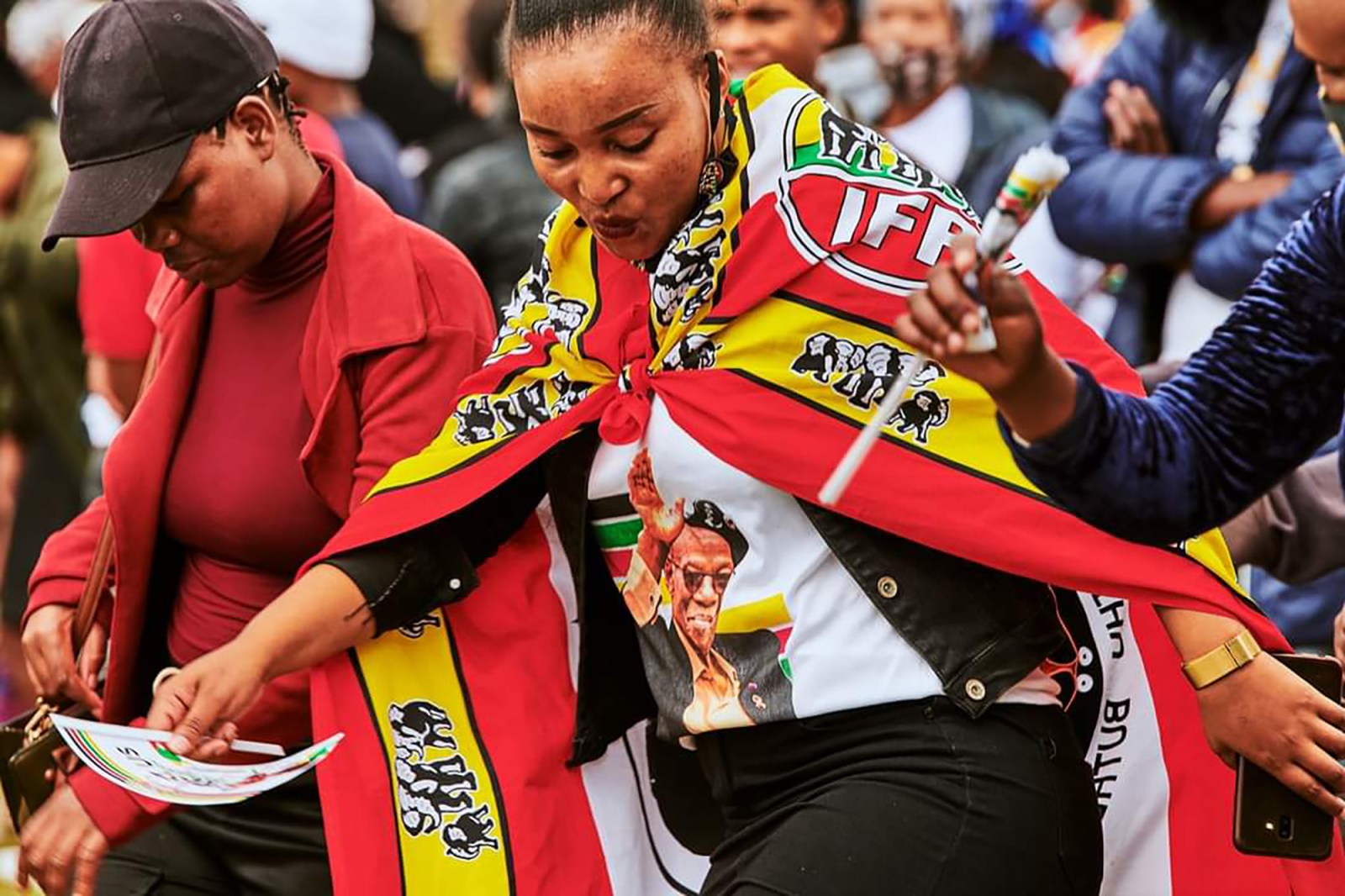 The future of KwaZulu-Natal’s local government landscape is set to be decided in the next three days, with the resurgent Inkatha Freedom Party having a significant say on what the terrain will resemble.

The first meeting set to take place is with historical rival the African National Congress (ANC), despite the IFP saying it would not partner with the governing party in the clutch of hung municipalities in KZN.

“We are going to have a meeting [with the ANC] but we are very clear about what we will tell them face-to-face,” IFP president Velenkosini Hlabisa told Daily Maverick on Tuesday, adding that the ANC had approached the IFP.

“We do not run away from talking, but we maintain our principles. [The ANC] knows the reasons why we say we are not going to work with them. But if they want to talk with us, we will repeat the same reasons, which they know.”

The ANC took a walloping at the 1 November polls, which resulted in 21 hung councils out of the 44 in KwaZulu-Natal alone. The governing party has attributed the drop to unhappy citizens — continuously confronted with poor or no service delivery, infighting and corruption — shunning voting booths.

The ANC’s voter percentage dropped to 41.4% across the province from 57.48% in 2016, leading ANC provincial secretary Mdumiseni Ntuli to tell Daily Maverick during an interview last week that “something” had gone “horribly wrong in KZN”.

Most of the municipalities requiring coalitions can go one of two ways — either IFP or ANC-run. And in various local councils, there are smaller, locally based parties that may hold the balance of power such as Team Sugar South Africa in Newcastle Municipality with 10% of the vote and the Abantu Batho Congress (ABC) Party in Umvoti Municipality which holds seven seats in the 27-seat council, with no majority party.

See the results for KwaZulu-Natal here, along with other councils across the country.

Hlabisa said that once negotiations were concluded, the details of all coalition agreements would be made public.

The party would also be doing audits of “current contracts and appointments” in municipalities it controlled to ensure such met regulatory standards, Hlabisa said at a press briefing on Sunday. He said that mayors would be reviewed after their first 100 days in office. Should they have failed to adhere to the party’s plans, they would be withdrawn.

“The team took the first flight this morning to Johannesburg and will be meeting the ANC in the morning, the DA, the ABC, EFF. Tomorrow they are meeting Al Jama-ah and some smaller parties who are locally based in KZN,” Hlabisa told Daily Maverick.

Talks had to be concluded by Friday, he added, as councils were scheduled to start sitting from Wednesday (tomorrow).

While coalitions are being decided, the status quo remains at municipalities.

“We have a common agreement with Cogta that because there are so many hung municipalities, it is not ideal for municipalities to start sitting this week, but they will all be sitting from Monday, so by Friday we must be done.”

In eThekwini, the only metro in the province and once a stronghold of the governing party, support fell to 42% for the ANC from 2016’s 56.01%.

Hlabisa said that here, the IFP would be “better in opposition”.

The EFF saw good gains in the metro, increasing from 3.44% in 2016 to 10.49% in 2021. The remainder of the 2021 vote in eThekwini went to independents and smaller parties, with newly formed ActionSA garnering 1.93%, the highest figure amongst the small parties.

Secessionist party KZN Independence garnered one seat in the metro.

“A coalition of more than 10 parties is not going to work. We won’t go into coalition with the ANC in eThekwini,” added Hlabisa.

The IFP last controlled the metro about 20 years ago, but eThekwini was not the focus of its latest campaign. Instead, municipalities to the north of the province — once strongholds of the IFP and at one time the offshoot NFP, was where it homed in, with the slog bearing fruit.

Hlabisa said the common factor in several municipalities was the DA and EFF, and that if the IFP struck deals with those parties, “then we are home and dry”.

The IFP was also not averse to seeking coalitions with Abantu Batho Congress either, said Hlabisa. ABC is a breakaway of the NFP. It took 23 seats in 13 KZN municipalities last week.

As for the ANC meeting the IFP’s coalition demands, Hlabisa said “it would be a heavy mountain to climb”.

“They have failed over two years (since the 2019 national and provincial election) and even if they say, ‘now we are going to do what we have been saying’, we will tell them to first do it, declare it, but they just won’t do it. They are unreliable and the people in the municipalities where the IFP is leading were clear, categorically, that they don’t want the ANC.”

During a press briefing on Monday, KZN premier and ANC chairman Sihle Zikalala said the local government election results would be gazetted on the same day by Department of Cooperative Governance and Traditional Affairs (Cogta) minister Nkosazana Dlamini-Zuma. Councils must be formed within 14 days of this date.

Cogta did not respond to calls from Daily Maverick seeking to clarify if the results had indeed been gazetted. DM