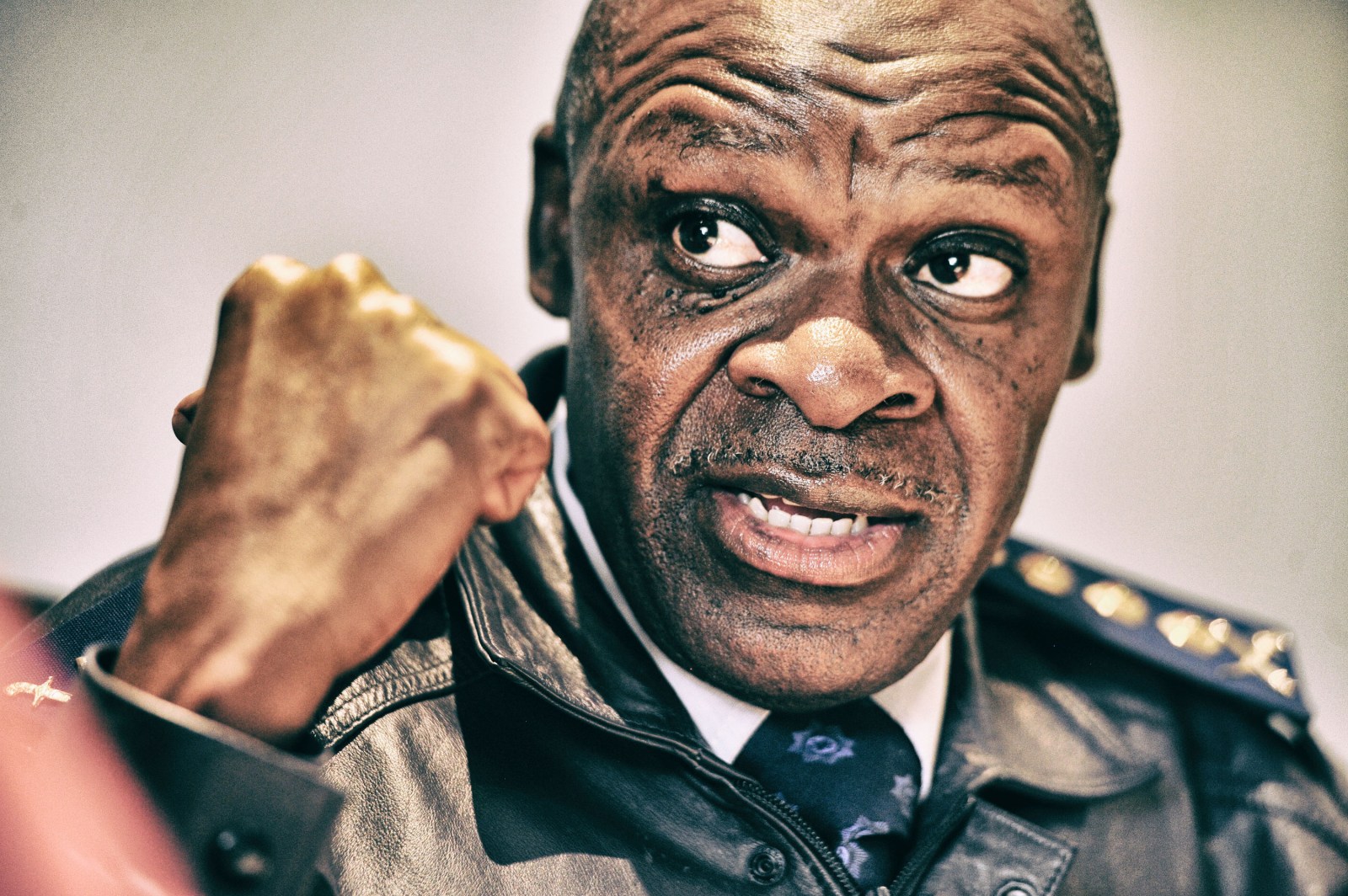 The Supreme Court of Appeal has found no exceptional circumstances warranting a relook at a refusal to appeal a scathing sentence handed down by the Gauteng high court in January 2021, when Judge Norman Davis found the National Police Commissioner Khehla Sitole and fellow senior officers Francinah Vuma and Lebeona Tsumane had breached their duties.

The National Commissioner and his top officials had done this by criminally withholding information from the Independent Police Investigative Directorate (Ipid) which was probing an attempt by SAPS Crime Intelligence to procure a R45-million grabber prior to the ANC’s elective conference at Nasrec in 2017.

Not only that, Crime Intelligence had claimed to have procured, in December 2016, for R33-million, software aimed at monitoring #FeesMustFall social media sites with no evidence that these goods and services had ever been delivered.

This was a finding by Ipid investigators and accepted by the court.

A further R21-million went down the drain for a “Daedalus” system designed to encrypt cellphone conversations and block surveillance.

On 7 October, SCA Deputy President Justice Xola Petse, dismissed, with costs, Sitole, Vuma and Tsumane’s applications in terms of section 17 (2) (f) of Act 10 of 2013. The ruling was communicated by SCA registrar Paul Myburgh on 15 October.

Sitole and his fellow deputies have now run out of legal runway as the finding by Davis stands.

Nothing stops President Cyril Ramaphosa from instituting a section 8(1) Board of Inquiry into Sitole’s fitness to hold office.

Vuma is still employed by SAPS and recently made headlines when she on 22 September declared all top posts “vacant”.

Should the inquiry be held in public, it would reveal the intricate fabric of the criminal capture of SAPS and Crime Intelligence by officials loyal to former president Jacob Zuma and way beyond 2017.

It is a pretty big deal.

It is a scandal for the governing party, the depths of which have not quite yet registered, it appears.

The facts are that individuals from the ANC who appear to have been loyal to Zuma abused the resources of the Crime Intelligence Secret Service fund to serve a political end. This is not only criminal, it is a clear subversion of democracy as well as the ANC’s own internal processes.

It opens a can of worms that will take the party back to its elective conference in Mangaung in 2012 when a Crime Intelligence team in a joint operation with moonlighting military intelligence members and led by the convicted criminal Morris “KGB” Tshabalala, had R50-million to spread around.

Sitole has fought tooth and nail since the Davis ruling in January to stave off suspension and an inquiry into his fitness to hold office.

With Police Minister Bheki Cele champing at the bit to have Sitole tossed at the top of the growing scrap heap of the country’s national commissioners, everyone might have bitten off more than they can chew.

In this instance, almost the entire top leadership of SAPS is implicated in this scandal that has dragged on for years, mostly thanks to Sitole, Vuma and Tsumane attempting to duck the law and their responsibilities.

On 30 June 2021, the Supreme Court of Appeal, before Justices Malcolm Wallis and Nolwazi Mabindla-Boqwana, dismissed Sitole’s application for leave to appeal.

It is this challenge that was finally sunk on 15 October with Petse’s ruling.

In order to understand the full implications of the mess that the National Commissioner and his two deputies chose to involve themselves in, it is imperative to set the political backdrop.

The behemoth on the horizon was the ANC, limping, wounded, at war with itself, altered inexorably and beginning to resemble an organised crime syndicate.

It was December 2017, a watershed year for the ANC.

This was the moment that the RET faction — who had backed Nkosazana Dlamini-Zuma, and who sang Ace Magashule to the stage as Secretary-General — were going to triumph.

Years of planning, some chaos as well as outpourings of cash to grease palms with the promise of a place at the trough had allegedly taken place.

Vuma, in her court papers, set out how a “minister in the security cluster” (we will leave it for the inquiry, though we know the identity) had alerted newly-appointed (by Zuma) acting Crime Intelligence head, Major-General Bhoyi Ngcobo to a “national security threat”.

On 13 December Sitole, Vuma, Tsumane, Ngcobo, Bo Mbindwane, Minister of Police Fikile Mbalula’s advisor met with businessman Inbanathan Kistiah of I-View at the Courtyard Hotel in Pretoria. The meeting was captured on CCTV.

They were going to thwart this threat with a hugely expensive surveillance device purchased from a company under investigation by Ipid, but what the heck, it was a “national” issue.

On Thursday, 14 December, two days before the elective conference was due to take place, the newly-appointed (by Zuma) acting head of Crime Intelligence Major General Boyi Ngcobo called a meeting.

Vuma and Tsumane attended, as did six other senior officers. Here the purchase of the “grabber machine” was discussed once again.

It was at Ngcobo’s insistence that the entire procurement process was instigated for the “Cassiopeia Liberty Top Secret Interception System” at the cost of R45-million from I-View.

Ngcobo had suggested that various countries had dispatched intelligence operatives from the US, Germany, Britain, France and Israel who were “active” but he failed to set out to what end that could warrant a total R100-million splurge.

Ngobo also alleged that ISIS and other “terrorist’ threats existed.

This is a worldview completely contradicted by the State Security Agency’s own risk assessment of the Nasrec Expo Centre, which found no immediate threats apart from “possible conflict between ANC delegates themselves”.

The SSA concluded on 13 December that “at this stage no direct threats to the successful hosting of the 54th ANC National Elective Conference have been detected in Gauteng for the upcoming 24 hours.”

The issue with Sitole is whether he was in any way involved with the plans to procure the grabber and what it was that led to his calling off the deal on 15 December, a day before the conference.

Sitole’s lawyers have written to Ramaphosa that he had not been a party to the I-View contract and had called it off once he had been alerted.

Sitole has also claimed that outgoing Inspector-General of Intelligence Setlhomamaru Dintwe’s testimony to the Zondo Commission would help his cause.

Dintwe found at the time that there had been no reason for the classification of the documents relating to the Crime Intelligence procurements.

Sitole’s spokesperson, Brigadier Vish Naidoo, when approached by Daily Maverick for comment with regard to the latest SCA ruling replied that “this matter remains between the President and the National Commissioner”.

Finally, Sitole and his helpers’ moment of truth has come. DM