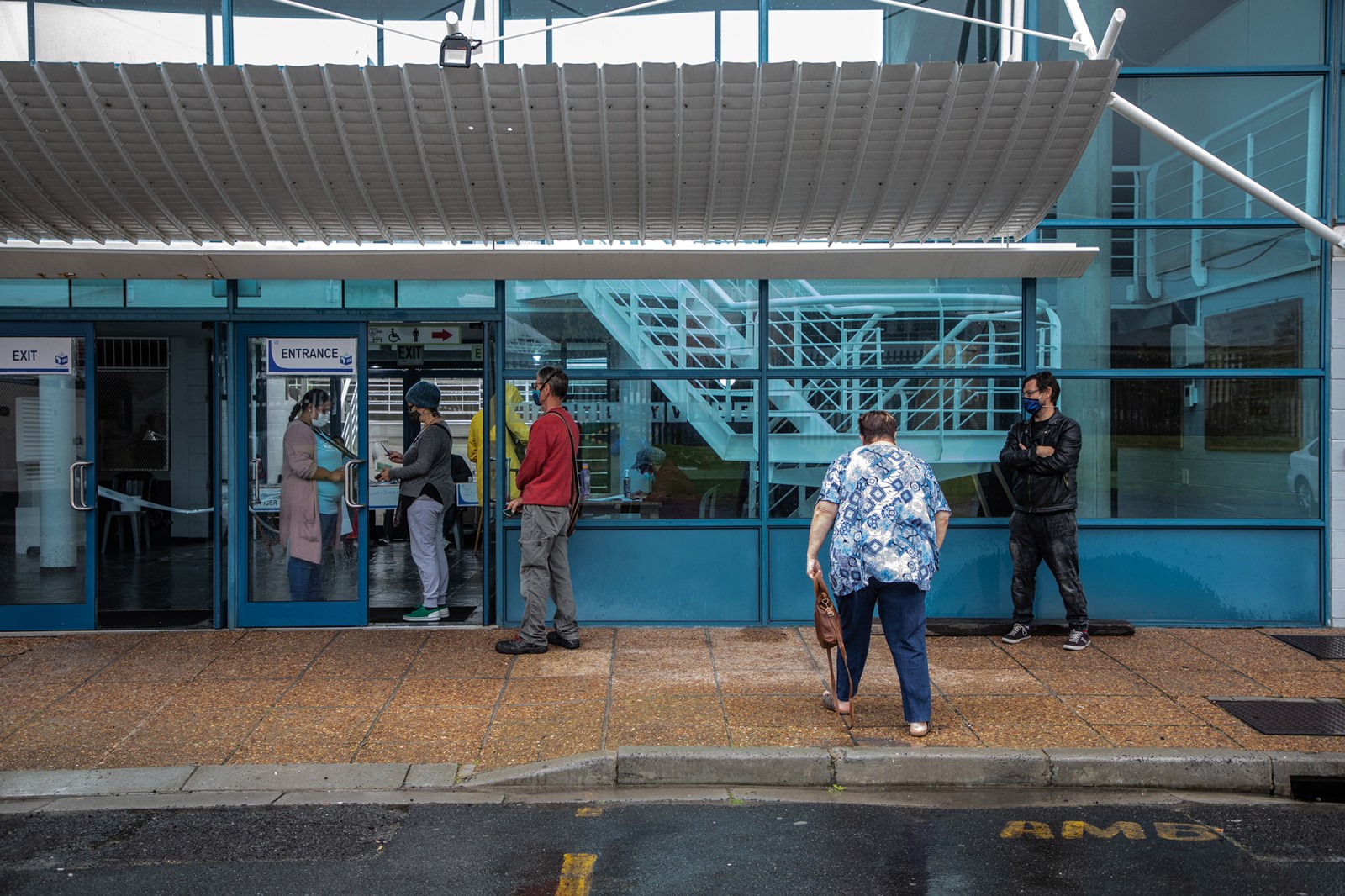 The rain pelted down soon after polling stations opened in Cape Town. The downpour appeared to have deterred people registered at Hartleyvale Stadium in the inner-city suburb of Observatory. In adjacent Woodstock, voters braved the cold in a tent so that they could cast their vote.

When it came to who would get Observatory resident Patrick Budgeon’s vote, he was looking for a councillor who was “transparent, engages with the community and, above all, someone who is accountable”.

Budgeon was among a handful of people who had shown up during the heavy downpour at Hartleyvale Stadium in the 30 minutes that Daily Maverick was at the station.

Observatory is a diverse suburb that has grabbed headlines in the past year for the R4-billion River Club development where Amazon and other businesses will have their offices.

Observatory has a mix of residents including students and young professionals, and is home to University of Cape Town and Cape Peninsula University of Technology student residences.

Various groups have marched and petitioned against the River Club development, citing environmental and heritage implications.

For Budgeon, however, the saga didn’t factor into who he voted for. He was more interested in a councillor who would prioritise safety and security and social development.

When Daily Maverick visited just before 10am there were few people who appeared to be in this age group.

In the lead-up to the elections many political parties have used their national leaders’ faces on posters, with little information about ward candidates. Whether this has left some voters in the dark about who to vote for, Observatory resident Scott, who declined to give his last name, said: “What’s most important [for me] is the party that is in charge and the values that they hold; the individual candidates aren’t as important.”

In light of South Africa’s rolling electricity blackouts over the past 14 years, Scott hoped the new councillor would prioritise electricity supply.

About 2km away from Ward 57 a tent was sent up as a voting station on Victoria Walk in Woodstock, which is in Ward 115.

Voters had to jump over puddles while ducking the rain to get to the voting station, where the ANC, Good and the DA had set up their own tents. By about 10.30am there were about a dozen people waiting to vote.

Voters were wearing masks, in line with Covid-19 protocols, but there was little physical distancing, although there was no way to arrange this so that people were not standing in the rain.

In a wheelchair inside the tent, 80-year-old Noel Oliver said he still wasn’t sure who would get his vote.

“But the candidate I would like is someone who can prove that they can do something and not make promises just before the elections. I know the ANC does that, they promise different wards different things but they don’t keep their word,” he said.

According to the 2011 Census, 30,754 people live in Ward 115. In the last local government elections about 60% of the registered voters in the area went to the voting station.

While most Ward 115 residents are aged between 20 and 29, by about 11am most of the voters standing in line appeared to be in their 40s and older.

The rain was due to clear up in the afternoon. DM