Public Protector Busisiwe Mkhwebane is out of the Chief Justice contest 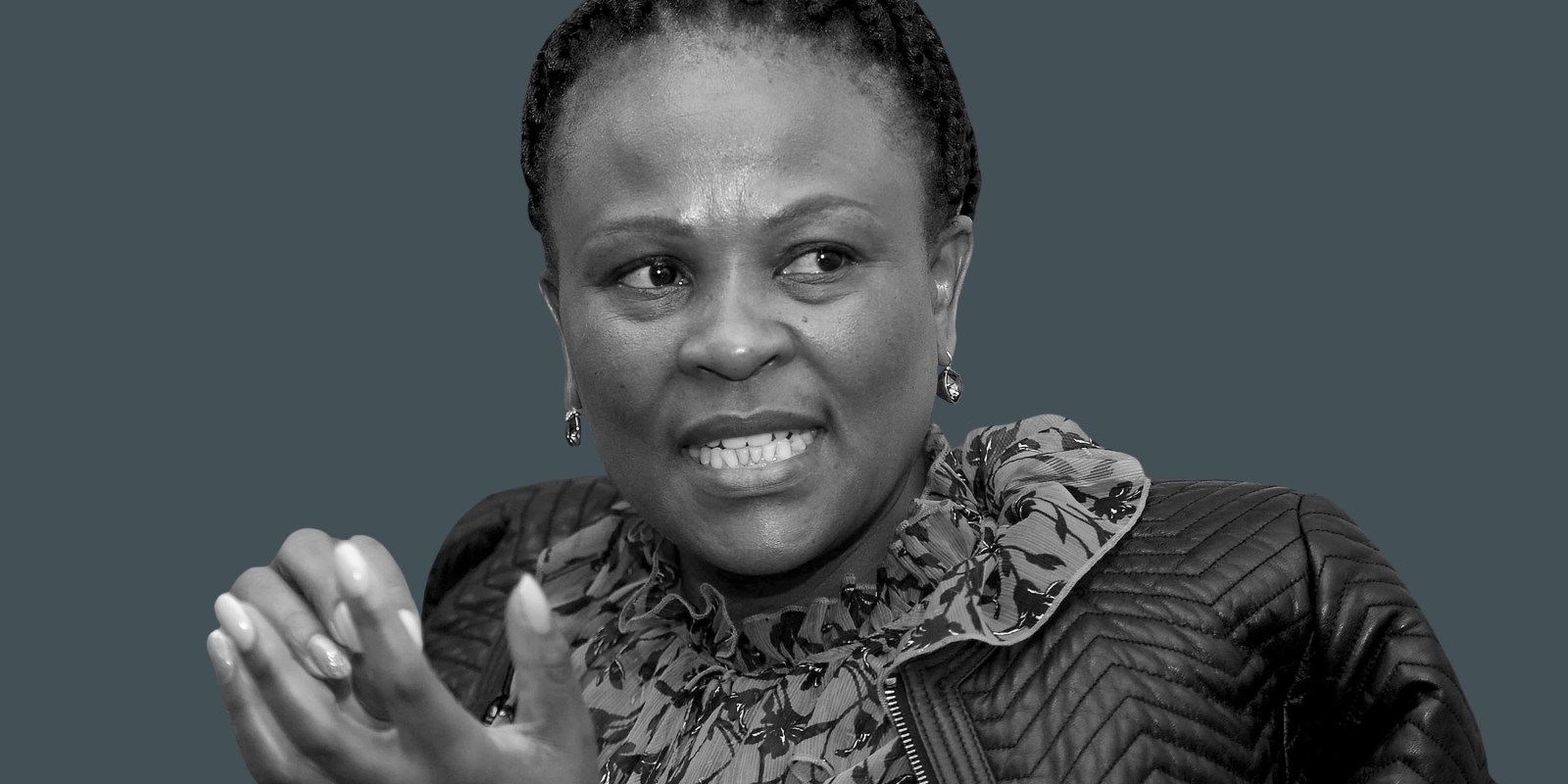 Public Protector Busisiwe Mkhwebane has withdrawn from the race to be the next Chief Justice. This leaves six candidates in the running, including Western Cape Judge President John Hlophe.

Public Protector Busisiwe Mkhwebane has withdrawn from the selection process for South Africa’s next Chief Justice, the presidency announced on Friday.

Mkhwebane was one of eight candidates nominated for the position after President Cyril Ramaphosa announced the process of selecting South Africa’s new judicial head on 16 September, making an unprecedented call for nominations from the public.

Ramaphosa’s decision to invite public participation in the selection process came ahead of the retirement of former chief justice Mogoeng Mogoeng earlier this month.

Mkhwebane withdrew her nomination on Wednesday, while Mgoqi withdrew on 4 October, the presidency revealed.

The shortlisting panel, chaired by Judge Navanethem Pillay, was tasked with evaluating more than 500 submissions of public comment in favour of or in objection to the seven nominees. The 564 submissions made to the panel included submissions from legal interest groups, including the Helen Suzman Foundation (HSF) and the Council for the Advancement of the South African Constitution (CASAC).

Both the HSF and CASAC argued that Mkhwebane was not a suitable candidate for the role of chief justice as she had no prior judicial experience, which was expected of someone in the position.

Following the evaluation of each candidate, the panel was scheduled to submit a shortlist of three to five candidates to Ramaphosa by Friday 29 October.

The panel had submitted its shortlist report to President Ramaphosa on Thursday, said the statement from the presidency.

The Panel for the evaluation of public nominations of the next Chief Justice, chaired by Judge Navanethem (Navi) Pillay, submitted its report to President Cyril Ramaphosa on Thursday, 28 October 2021.

The report would not be released to the public “as the candidates the president will select from the shortlist still need to go through a process of interviews by the Judicial Service Commission (JSC) and consultation with the leaders of political parties represented in the National Assembly”, read the statement.

Although it has not been revealed whose names are on the shortlist, six nominees remain in the race:

“After giving consideration to the recommendations of the panel the president will decide which candidate(s) from the shortlist presented to him by the panel to refer to the Judicial Service Commission (JSC) and the leaders of political parties represented in the National Assembly for consultation in line with Section 174(3) of the Constitution,” said the presidency.

On Friday, Mkhwebane said that while she was “humbled by the vote of confidence”, as demonstrated by her nomination, she wished to remain focused on her position as Public Protector.

“My focus is here at the Public Protector South Africa, where I am left with two years now in office to finish what I started, which is taking the services of this noble institution to the backyards of grassroots communities,” said Mkhwebane.

She added that her office would not be making any further statements, nor taking any additional questions on the matter. DM