Keep an eye out: An energy-rich western, a live action anime remake, Influence and more 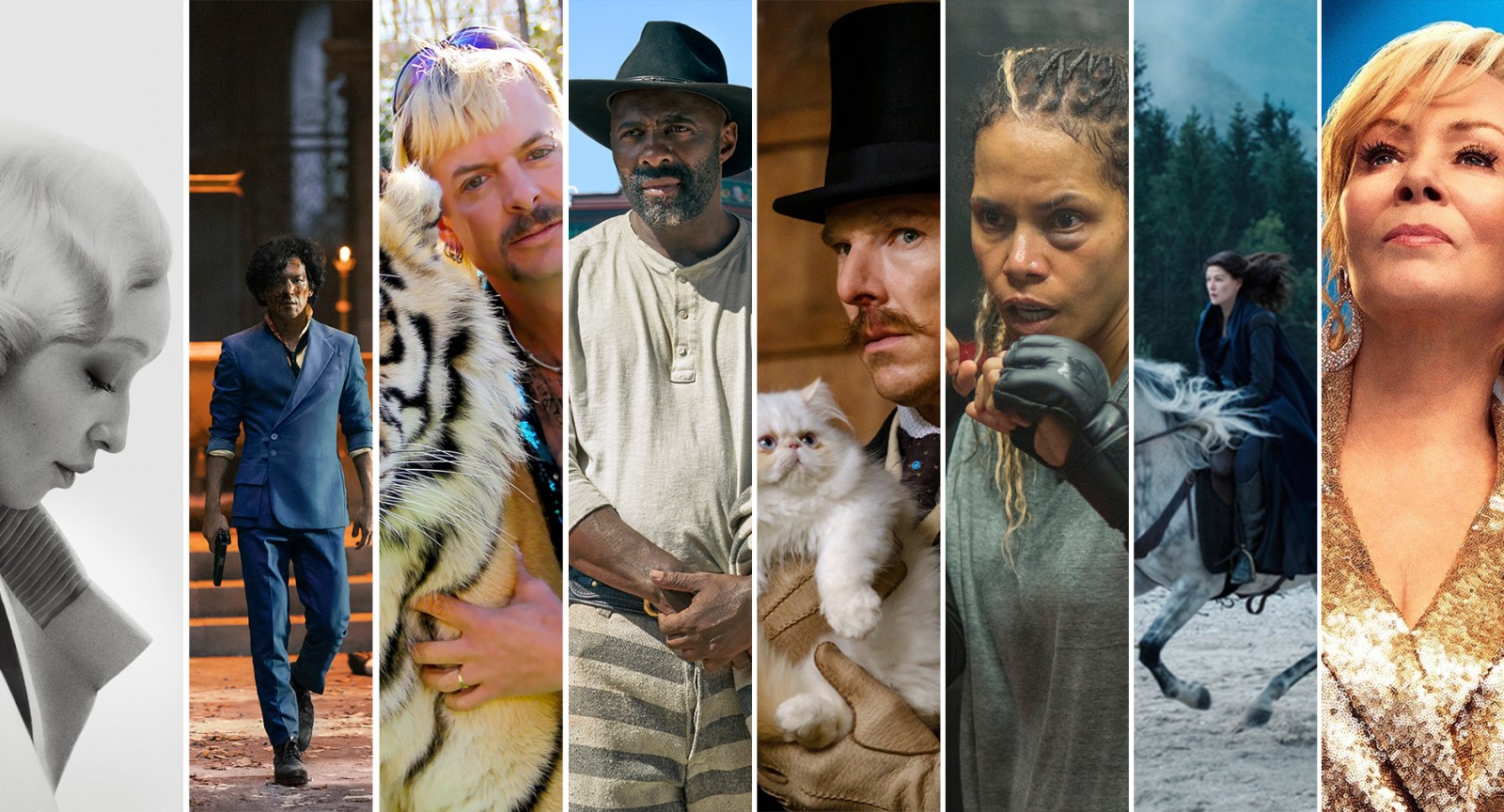 Maverick Life’s pick of films and series to look out for in November 2021 on Netflix, Showmax, Prime Video, and Britbox.

The Harder They Fall: 3 November

Black cowboys might sound like Django-style wish fulfillment, but that’s only because of their historic underrepresentation in Westerns – there were, in fact, many black cowboys. The Harder They Fall opens with the text: “While the events in this film are fictionalised… These. People. Existed.” It’s an energy-rich stylish western with a cast of big names, including Idris Elba, Regina King, Zazie Beetz, and Jonathan Majors.

Rebecca Hall’s directorial debut is a gorgeous black and white film based on the 1929 novel of the same name by Nella Larsen. The title refers to African Americans whose complexion is light enough to be perceived as white. Tessa Thompson and Ruth Negga play two mixed-race women navigating both sides of the racial divide in pre-World War 2 New York.

Back in the hard lockdown of 2020, Maverick Life reviewed Tiger King when its hilarity and cruelty had found its way to a canned audience desperate for entertainment. You can read the full review here. With so many people invested in the outrageous characters and ominous mysteries of the show, Netflix has dug even deeper down the rabbit hole.

Netflix is taking a risk reimagining one of the most beloved anime shows of all time. Leading up to the release, the original 1998 series has also been added to their catalogue. The highly stylised neo-noir following a ragtag team of kooky intergalactic bounty hunters helped popularise anime in Western media, and it’s a good place to start if you’re new to Japanese animated series. Live-action anime remakes almost never go down well, but the casting of John Cho, and the return of Yoko Kanno who composed the jazzy soundtrack of the original series have hopes unusually high …

Halle Berry embodies an ex-MMA fighter who left the sport in disgrace, but is coaxed back into the ring by her boyfriend, manager, and the prospect of a big cash prize. When the child she gave up years ago comes back into her life, she finds herself fighting on several fronts. Even for an actress famous for roles in action franchises like X-Men, James Bond, Kingsman, and John Wick, Bruised is probably the most extreme role Berry has taken on.

Jean Smart has continued to cultivate successful roles into her 70s – having recently starred in big title series like Fargo and Watchmen, and Hacks has been grabbing her the most love of all, so it’s ironic that the character she plays in it is an ageing legend struggling to stay current. Deborah Vance is a Las Vegas comedian who teams up with a Gen Z comedy writer hoping it will help her stay relevant. Offering sharp insights into the comedy industry, it’s sincere but also bloody funny.

If you’re one of those people who missed the 2021 Encounters film festival and have been feeling the FOMO about Influence, you will finally get your chance from 18 November. Daily Maverick’s edgy globe-trotting co-directors Richard Poplak and Diana Neille give big brother a right kick in the Bells, busting open the terrifying recent advancements in weaponised communication by investigating Bell Pottinger, the notorious public relations and reputation management firm. Their unprecedented access to Lord Tim Bell himself, the smoky satanesque mogul of misfortune, just before he kicked the bucket is creepy, shocking and utterly gripping. Having won Best South African Documentary at the 2020 Durban International Film Festival, Influence has just been nominated for Best Political Documentary at the 2021 Critics Choice Documentary Awards.

David Tennant stars as a doctor with a happy family life in a quaint Scottish village whose reality is suddenly shattered by an accident which leaves him as a murder suspect. Created by Daisy Coulam, who developed the detective drama, Grantchester, (also on Britbox) it’s packed with plot twists and intertwined secrets. Think Broadchurch but Scottish.

Nicola Walker stars as Detective Inspector Annika Strandhed, a cavalier Scandinavian single mom who moves to Scotland to head up the Marine Homicide Unit. Annika was originally a radio series, and to emulate the intimacy of radio, she’s been given the unusual habit of breaking the fourth wall with her dark wit. It’s low intensity, yet engaging and brimming with sarcasm to lighten the mood.

Benedict Cumberbatch stars as a talented, eccentric Brit – shocker – in this cheerful, whimsical, erratic biographical drama. Louis Wain was a successful artist (suspected to have been schizophrenic and confirmed to have been resoundingly odd) who in the late 19th century became so famous for drawing anthropomorphised cats, that he contributed to their widespread adoption as pets in the modern world.

The Wheel of Time: 19 November

Based on Robert Jordan’s best-selling fantasy novels, The Wheel of Time is essentially a place-holder series to scratch the fantasy itch while we wait for Prime Video’s Lord of the Rings prequel series coming next year. Rosamund Pike stars as a mage on a journey around the world with five young people, one of whom she believes might be prophesied to either save or destroy the world. DM/ ML