Tears of relief for farmers: Rain falls in drought-stricken Karoo 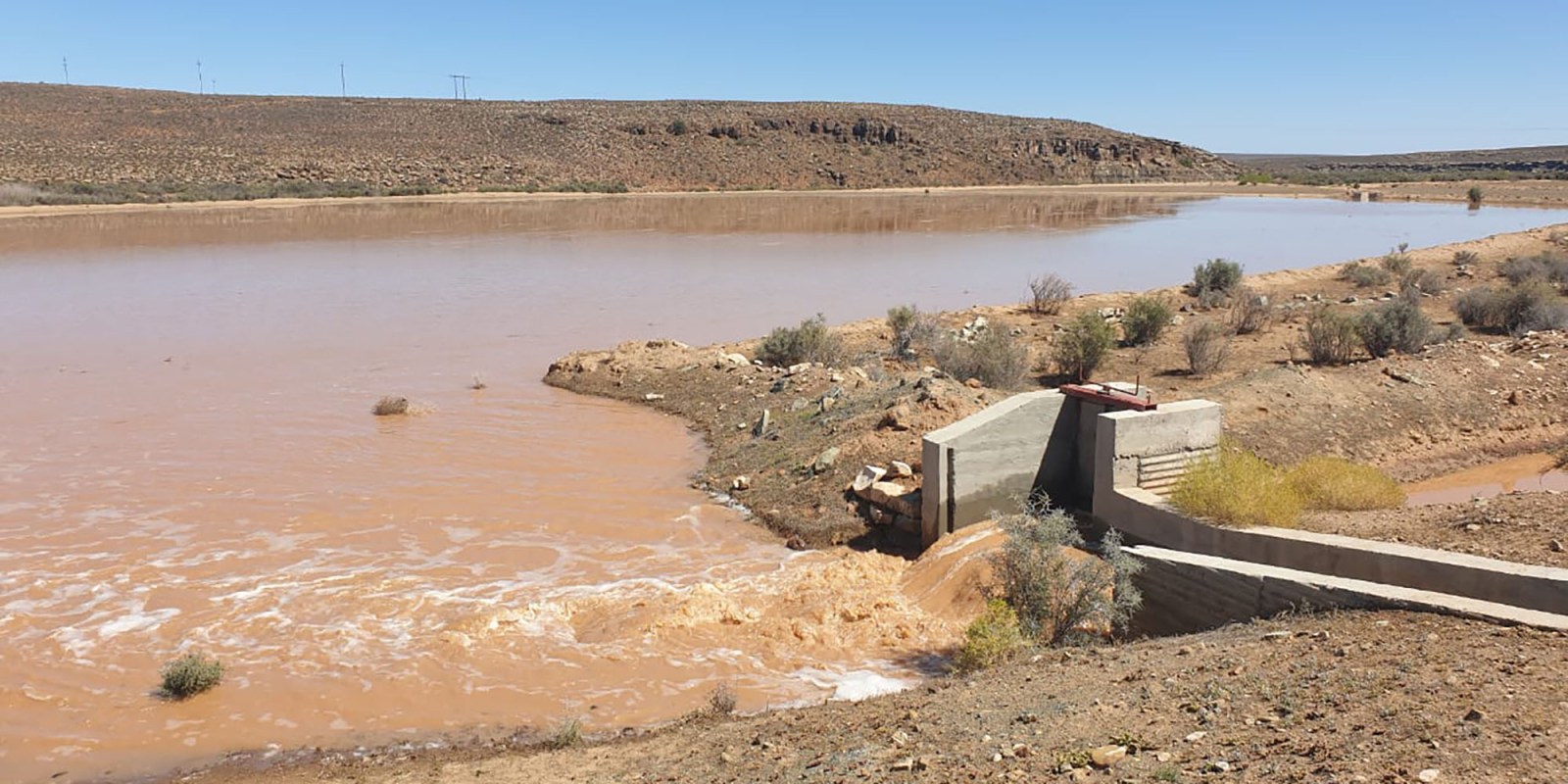 Water flows from the Visrivier at the Rooipoort Farm in the Sutherland district of the Northern Cape. (Photo: Sybil Visagie)

Farmers in the Karoo were crying — and singing — after rain fell over the area, which has been in the grip of a prolonged drought. But while there were tears of joy, more rain is needed, and soon.

Over the past few days, rain has fallen over the Karoo after a thunderstorm, which led to some flash floods. From 20mm to 60mm of much-needed rain fell in the drought-stricken region.

When the rain came, “the farmers were very emotional”, said Sybil Visagie, Northern Cape coordinator for Gift of the Givers. Visagie said Karoo farmers have their faith and families. The rain had “strengthened their faith”.

On Thursday, warnings were issued for thunderstorms and flash floods for the area, which has been under drought conditions for the past 10 years.

Visagie told Daily Maverick rain fell in Boesmanland in the Northern Cape, which had received below-average rainfall for the past nine years. Prieska received 20-30mm of rain, she said.

The Karoo is a drought-stricken area. In 2019, Daily Maverick reported on concerns in Beaufort West and other areas of the Karoo about how the drought would affect the agricultural sector, one of the region’s biggest employers.

In October this year, AgriSA’s risk and disaster manager, Andrea Campher, told Daily Maverick’s Our Burning Planet that 50% of the Northern Cape was essentially under drought conditions, while the other 50% which had received rain was threatened by veld fires which had “destroyed good pastures”.

Gouws, who lives and works on a farm near Beaufort West, said his area received 20mm of rain. “We’re really grateful for that,” he said. Farmers reported to Gouws that Merweville had received 50mm of rain.

Gouws said some areas in Cape Town can get between 30mm and 60mm of rain in one day. “Sometimes the Cape gets it in one day, we get it in half a year.”

He said that the area needs more rain, specifically over the next two weeks to allow for the growth of plants for feeding sheep. To recover from the drought, Gouws said there needs to be regular rain, soon, for the region to recover in four to five years.

The rain has given farmers hope to continue farming while the area is still in the middle of the prolonged drought, said Visagie. DM