Karoo town of Beaufort West and local farms parched and... 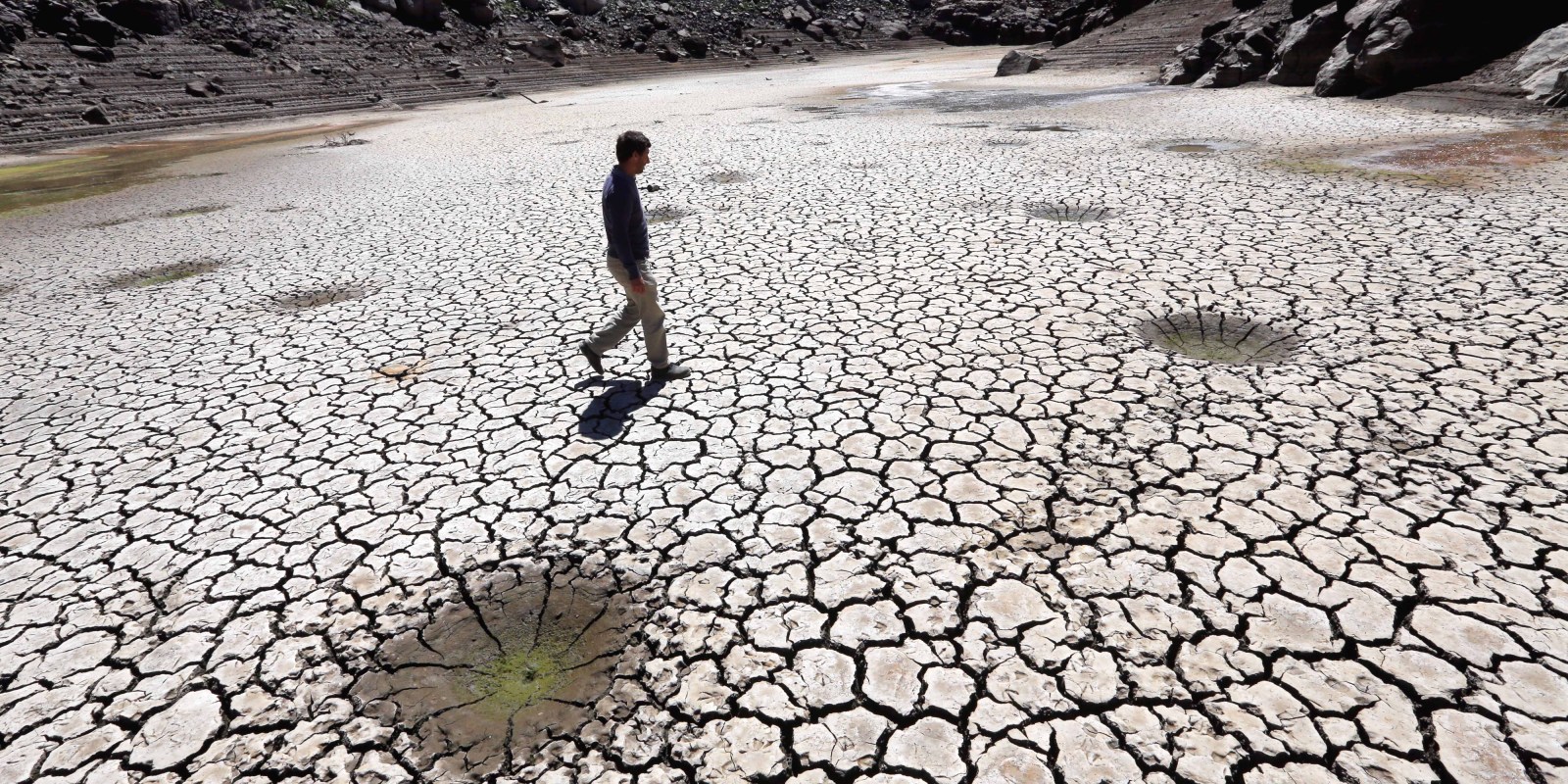 Gamka Dam, in the Karoo is empty and there is no respite in thirst on November 08, 2017 in Beaufort West, South Africa. (Photo by Gallo Images / The Times / Esa Alexander)

Beaufort West in the Karoo is running out of water -- and fast. The town in the water-scarce region has water restrictions at level 5 – almost as severe as last year’s water crisis measures in Cape Town. Gift of the Givers have said the town has run out of emergency bottled water but provincial government insists there is no threat of Day Zero.

At the height of the Cape Town summer, water restrictions were at level 6b in January 2018. One year later, Beaufort West — about five hours’ drive from Cape Town — is battling prolonged, extreme water shortages, with the Karoo municipality implementing level 5 water restrictions.

The Western Cape government said there was no crisis in the Karoo municipality. There was no Day Zero approaching, said James-Brent Styan, spokesperson for the MEC for local government, Anton Bredell.

Styan told Daily Maverick that the municipality relies on groundwater, but it is providing a challenge, since “groundwater takes a long time to replenish the reservoirs. That leads to shortages at times of high demand”.

Beaufort West has 51,080 residents and 94% of these residents receive water from a regional source, according to the 2016 Community Survey.

The Beaufort West municipality is listed as having three dams supplying the area with water — the Gamka, Springfontein and Walker Dams. It also relies on 36 boreholes. The Gamka Dam has no water left — the latest available dam levels state that the dam is 0% full. But Styan told Daily Maverick that the town doesn’t depend on the dam for water supply, rather the town gets its water supply from groundwater and the water reclamation plant in the town.

According to a November 2018 news report by EWN, some of the 36 boreholes are drying up.

This week, News24 reported that stocks of emergency bottled water could be depleted in the town “within the next day,” according to Gift of the Givers, which has been donating water to the drought-stricken area. The charity organisation had donated stocks of bottled water to the town at the end of December 2018, but the water stock could run out very soon.

Styan, however, told Daily Maverick that Beaufort West does have drinking water — but “bottled water is meant for short-term emergency relief only. When towns run out of bottled water that does not mean there is no water”.

Styan said the province has access to bottled water and water tankers that can be sent to the region if needed. Additionally, he said: “multiple boreholes have been drilled by the province and water management devices to the highest users in the town are being rolled out”.

Farmers are also affected severely by the drought and water crisis in the municipality. Styan told Daily Maverick that the real disaster in the region is the agricultural sector.

“The provincial government is currently providing fodder worth about R8-million per month to farmers in the region,” said Styan.

Agriculture organisation AgriSA released its Agriculture Drought Report 2018/2019, which stated that up to two-thirds of their members who they surveyed reported severe to critical stress levels of groundwater and surface water.

Agri Western Cape CEO Carl Opperman told Daily Maverick that the drought in the central and little Karoo “gets worse daily. Grazing no longer exists, and water availability and quality is a problem”.

Opperman said there were households in the regions with food insecurity problems. “It shows once again that the prolonged drought and extreme heat is taking on catastrophic proportions that long-term will take time to recover. Agri Western Cape makes an urgent appeal to the general public and the business sector to support Agri Western Cape and AgriSA’s assistance programmes so that we can deliver and people can have the necessary help and assistance to stay afloat.”

On Thursday and Friday the municipality and provincial government met to discuss the ongoing situation in Beaufort West.

The Mayor of Beaufort West, Noël Constable, was not available to comment at the time of publication.

Overall, dam levels in the province were below half full — at 49,6% — according to the latest available figures from the department of Water and Sanitation. DM