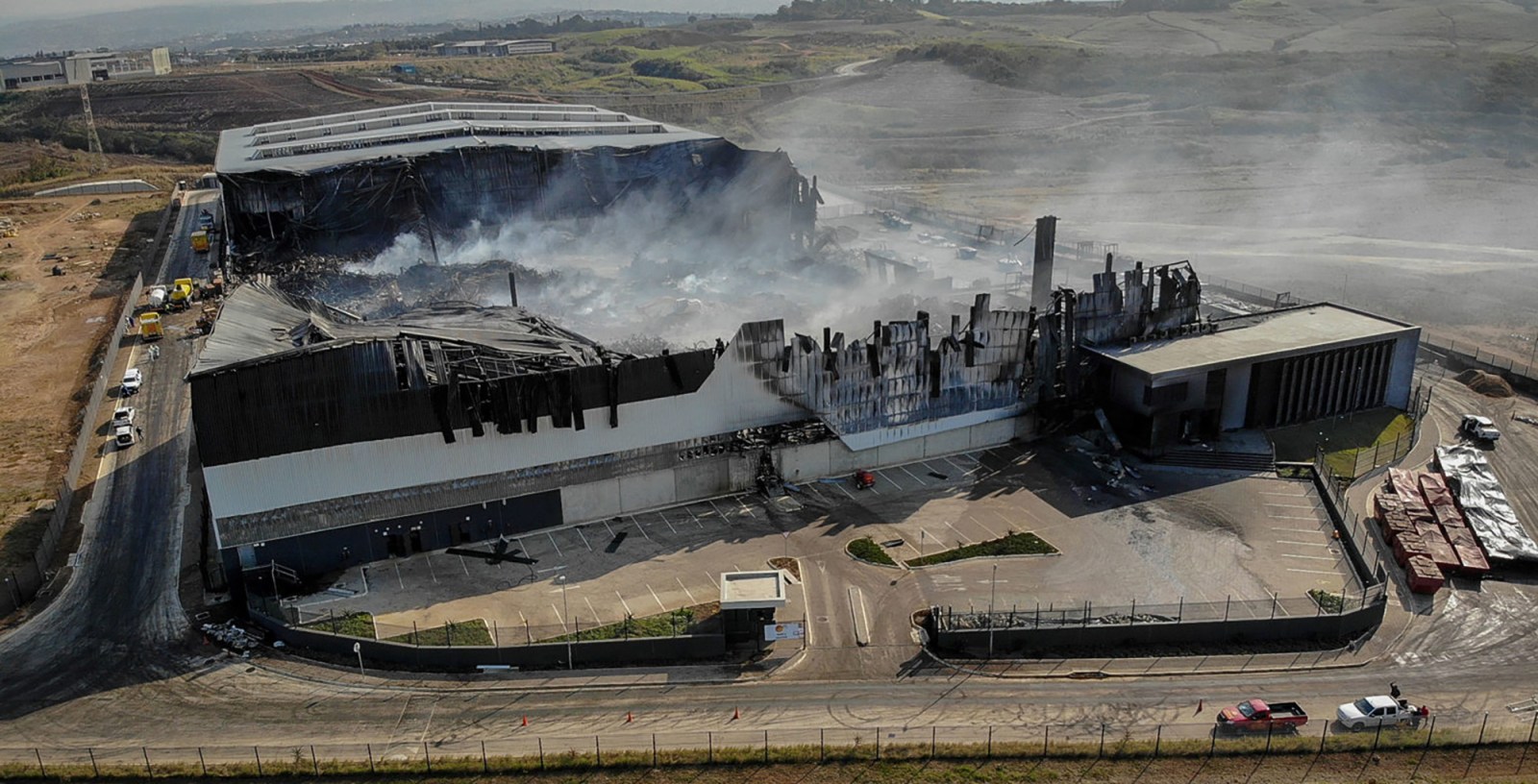 United Phosphorus Limited has taken refuge behind a legal laager, refusing to disclose a raft of regulatory and safety documentation to Durban residents. It has also refused to fund or to take part in a new public forum to access more information about the Cornubia chemical disaster.

United Phosphorus Limited (UPL) and its media consultants ventured out to the frontline of public opinion last week, but very soon the company beat a hasty retreat to its legal redoubt where it invoked its “right to silence” and the “right against self-incrimination”.

The UPL media offensive began on Wednesday, 20 October when the company issued another public statement calling on the eThekwini municipality to reopen several beaches that have been closed for three months after a cocktail of toxic chemicals poured into the sea from its chemical warehouse inferno.

The sea and beaches were safe once more, it said, thanks to a multimillion-rand UPL clean-up operation. The time had come to halt “unnecessary delays” and allow people to frolic on this coastline.

Japhet Ncube, former editor of The Star newspaper and newly appointed spokesperson for UPL South Africa, also went on radio, telling SAfm presenter Stephen Grootes that his company was “part of the community’’ and wanted to support the local hospitality industry’s ability to attract holidaymakers back to hotels and restaurants next to the city’s northern beaches.

But Ncube ran into rough weather while facing awkward questions from both Grootes and Durban environmental justice activist Desmond D’Sa.

Andrew Clark of Durban-based Cox Yeats attorneys said UPL would accede to nine of the action group’s information requests (many of which are already in the public domain) — but it was refusing or declining to grant access for another 28 requests.

Among the 28 information items refused are requests for a copy of the property lease between UPL and the landowner; a copy of any environmental impact assessment for the storage of listed dangerous goods, building plan approvals and any risk assessments done under the Major Hazardous Installations Act.

The action group further requested records of all complaints of human health impacts caused by the UPL pollution which identify where, when and how complainants got sick (excluding personal information) and whether UPL had permission to import certain banned or restricted chemicals regulated under the Rotterdam Convention.

In response to this last item, Cox Yeats ventured that the request was “broad and vague, hence it is not discernible what records are sought. On this basis, the requests are declined.”

The retreat to the laager was emphasised on Saturday, 23 October, when UPL failed to pitch for the launch of the Cornubia Multi-Stakeholder Forum — a “conduit for information to flow” from government regulators to the general public and other stakeholders.

The new forum, set up on instruction by national Department of Forestry, Fisheries and Environment Minister Barbara Creecy and her provincial counterpart MEC Ravi Pillay, follows a storm of protest about the poor information flows to the public despite the potentially serious health consequences of exposure to toxic chemicals.

Creecy and Pillay said two weeks ago that UPL would be asked to fund the establishment and operations of the new forum in terms of the “polluter pays” principle of the National Environmental Management Act.

Pillay has also suggested that the forum should operate for at least two years, and longer if need be.

But UPL had now indicated that “it does not intend to fund the forum,” said Heinz Kuhn, legal adviser to the provincial Department of Economic Development, Tourism and Environmental Affairs. Kuhn said the refusal to provide funds was “something that government will have to take up with UPL”.

The Mumbai-controlled company confirmed that its lawyers had written to the department to advise that it would not attend the forum launch.

UPL said it found some of the forum’s proposed terms of reference to be “objectionable”, while the “overly broad mandate that was proposed for the forum and the extensive powers accorded to it” could confuse the roles of government with those of stakeholders and make it “potentially unworkable”.

The company — which continues to sign off its media releases with assurances that “UPL remains committed to continue working closely with government, civil society and surrounding communities in order to mitigate the impact of the fire and chemical spill” — lamented that the decision to launch the forum before settling its disputed terms of reference was “highly unfortunate”.

“UPL is disappointed that the opportunity to launch the forum with UPL’s wholehearted support has been lost.”

While UPL has objected to the apparently “extensive powers” of the forum, several civil society groups have raised polar opposite concerns — namely that the forum may end up being another toothless talk-shop.

Community activist D’Sa said civil society groups had scrambled to make inputs on the proposed terms of reference and were concerned that there were certain clauses that “might gag or silence us”.

D’Sa said robust discussions were critical in such a forum and he found it strange that civil society inputs had not been captured fully in the draft terms of reference.

Echoing concerns by senior Green Scorpions inspectorate official Grant Walters that “there has never been an incident of this magnitude in the history of South Africa”, South Durban community activist Bongani Mthembu said: “We are facing a monster… government is facing a huge task in dealing with this incident.”

Based on his experience with a similar multistakeholder forum for a recent fire and explosion at the Engen refinery in Wentworth, Mthembu said it was important that history not repeat itself.

“What guarantees are there that this forum will have some teeth and the power to make decisions?” he asked.

Mthembu was also surprised that the chemical giant was baulking on funding the forum, given recent boasts by UPL South Africa chief executive Jan Botha that United Phosphorus was the “fifth-biggest crop protection company in the world” with an annual turnover of $5-billion a year and a sales revenue of nearly $100-million in South Africa alone.

“UPL should not be ‘asked’ (to fund the forum). They caused this disaster by not following due process,” Mthembu told the meeting.

In response, MEC Pillay said: “They have declined and we are engaging them to change their position.”

Attorney Kamini Krishna wanted to know what degree of participation civil society could expect to exercise if members of the forum were excluded from the government’s Joint Operations Committee investigating the Cornubia disaster.

How could the forum act as a watchdog over the JOC without some teeth, she asked.

MEC Pillay said he did not think there were any limitations on civil society groups from litigating in their personal capacities, or possibly supporting the government as amicus curiae (friends of the court) in potential future litigation.

Durban attorney and environmental law expert Jeremy Ridl (the convener of the interim stakeholder forum) said he took note of these concerns, but cautioned against entering into a “never-ending fight” with a major multinational group and its lawyers.

While recognising that UPL was reluctant to participate in a forum that could expose it to civil liability, he expressed the hope that UPL would choose to address the many concerns raised by civil society and that the government would also test the legal principle of the “polluter pays” in the courts. DM/OBP