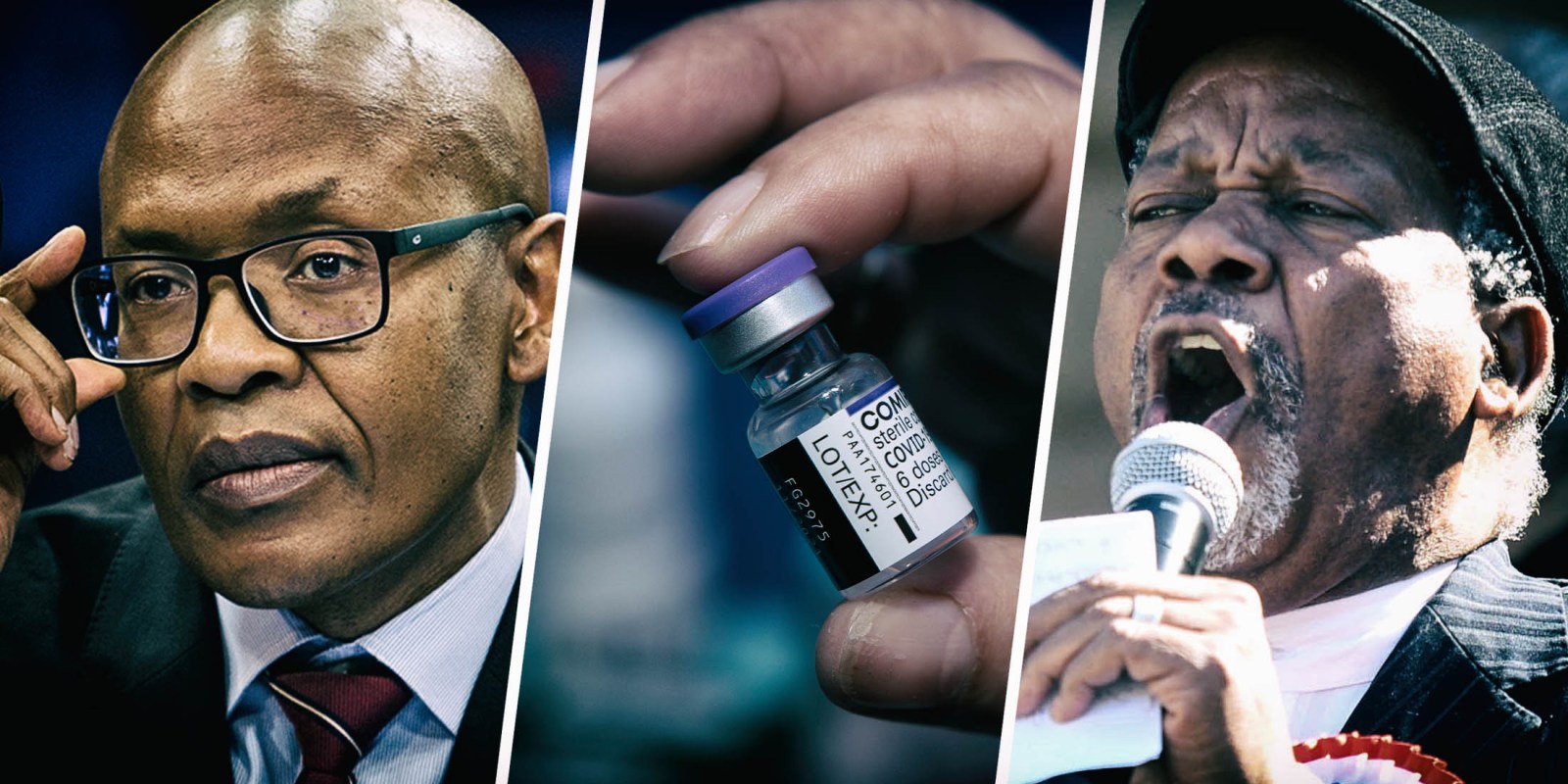 With the most complicated local elections in our democratic history now just a week away, some political parties appear to be battling to catch the national narrative oxygen. This has led to some trying to use the issue of vaccinations as a way to generate more support. For other players who, for political reasons of their own, work hard on spreading distrust within our society, the vaccination issue serves as a potent wedge.

There are many reasons why this happening, and we are far from being the only democracy where people are using the pandemic for their own narrow and, frankly, disgusting benefits. Disturbingly, this is a worldwide problem. In the end, it is likely that most people will get vaccinated, but the people who put their personal and selfish ends above humanity’s needs, may still cause untold damage.

There is now plenty of evidence that certain people are trying to generate vaccination hesitancy or even anti-vaccination sentiment for their own ends.

The African Christian Democratic Party has held protests against mandatory vaccinations, trying to skirt the line very carefully to avoid being labelled as “anti-vaxxers”.

(Read this Washington Post article titled Five tactics used to spread vaccine misinformation in the wellness community, and why they work — this simple and dangerously effective playbook is reliably followed worldwide by all bad fate actors — Ed)

One of their main arguments is that the enforcement of a policy of mandatory vaccinations, whether for everyone in the country or for workers going into a workplace, is unconstitutional.

Mind you, this is a party that also refuses to accept gay marriage or abortion, or the legalisation of the personal possession and ownership of dagga — all three of which have been judged by the Constitutional Court to be constitutional.

Rather this is the latest in a long history of the ACDP finding a “wedge issue” to gain traction. The party is aware that there are many people who are conservative and share its views — thus it is hoping that they will now cast their ballots for them, not because they are for something, but against it, never a good enough reason to cast one’s vote.

ACDP leader Reverend Kenneth Meshoe has done this many times in the past, even campaigning against sex education in schools.

He will be aware that there is evidence that many, perhaps most, South Africans disagree with his position on all these issues he’s trying to present as controversial. Nonetheless, he is hoping to increase his support by being the voice of those who oppose change in our society.

If the ACDP is doing this for the simple reason that it wants to gain votes, one may be able to ask questions about the morality of its behaviour here — especially coming from the party that claims high moral ground through its religious foundation.

The same may go for others who are also stirring the vaccination panic pot for their own interests.

Mzwanele Manyi has recently used his Twitter account to question the government’s decision to vaccinate children between the ages of 12 and 17. There is abundant scientific evidence that this is a sensible and beneficial policy for our government to follow.

Manyi has tweeted, “It is nonsensical, unethical and unconstitutional to vaccinate children without the informed consent of their parents. How on earth can a 12year old be relied upon to make an informed consent? How? This Government is reckless!”

In reality, it is likely that very few parents and children will disagree on the vaccination issue, that for decades now children are only allowed into school after having been vaccinated against other diseases in the first place, and that in fact the issue of children being allowed to consent to certain medical procedures has been established practice since the introduction of the Children’s Act in 2005.

It is not clear what in Manyi’s current positions or past behaviour makes him a moral, or scientific, or any kind of authority on these issues.

He is currently the Head of Policy for the African Transformation Movement (ATM) and the spokesperson for the Jacob G Zuma Foundation.

His scientific knowledge may be confined to his experience as a geologist for Anglo American in the 1980s. In the past, he has defended a company that admitted to fixing the price of bread, tried to win a private deal from a foreign ambassador while Labour department Director-General, hosted a TV show on ANN7 (tag line: “Where no comment is not an option”), ensured that millions of rands of government money was given to the Guptas and The New Age, for all intents and purposes inherited ANN7 from the same criminals who are now sanctioned under the world’s most severe anti-corruption act, Magnitsky, and then appeared to play an important role in the formation of the ATM.

All of this indeed points out that Manyi is playing a political role.

And this is where the nub of the entire issue may lie.

Russia is a good example, where ordinary citizens are refusing to accept the government-endorsed vaccine, Sputnik V. So low are the levels of vaccinations there that a new wave of infections has led to another lockdown in Moscow.

In the US, there is now growing evidence that vaccinations rates are strongly correlated with political party affiliation. A Gallup survey released at the end of September confirmed that 75% of adult Americans had been vaccinated, with 92% of Democrats and just 56% of Republicans. This was quoted by the Brookings Institution which noted that the evidence showed that “gaps in vaccination rates across racial and ethnic groups have virtually disappeared — while gaps reflecting political affiliation have widened substantially.”

If the issue is trust, it may be that the openness with which decisions are made in our society becomes important.

We have independent institutions which authorise vaccines (particularly the SA Health Products Regulatory Authority) and a media that is accustomed to asking tough questions of those in authority.

As a result, there are reasons to believe that in the end most people will get vaccinated. But that is not going to stop those who are questioning vaccination policies simply for their own ends.

It is also not clear what the critics of the government’s vaccination policies believe would happen if their campaigns were successful.

If that is not the case, why are they really doing it? What is the solution they are proposing?

This may be an important example of how cynical some politicians and some in the political space can actually be.

And that they are willing to put people in danger just for a handful of votes. And a promise of a few pieces of silver, of course. DM