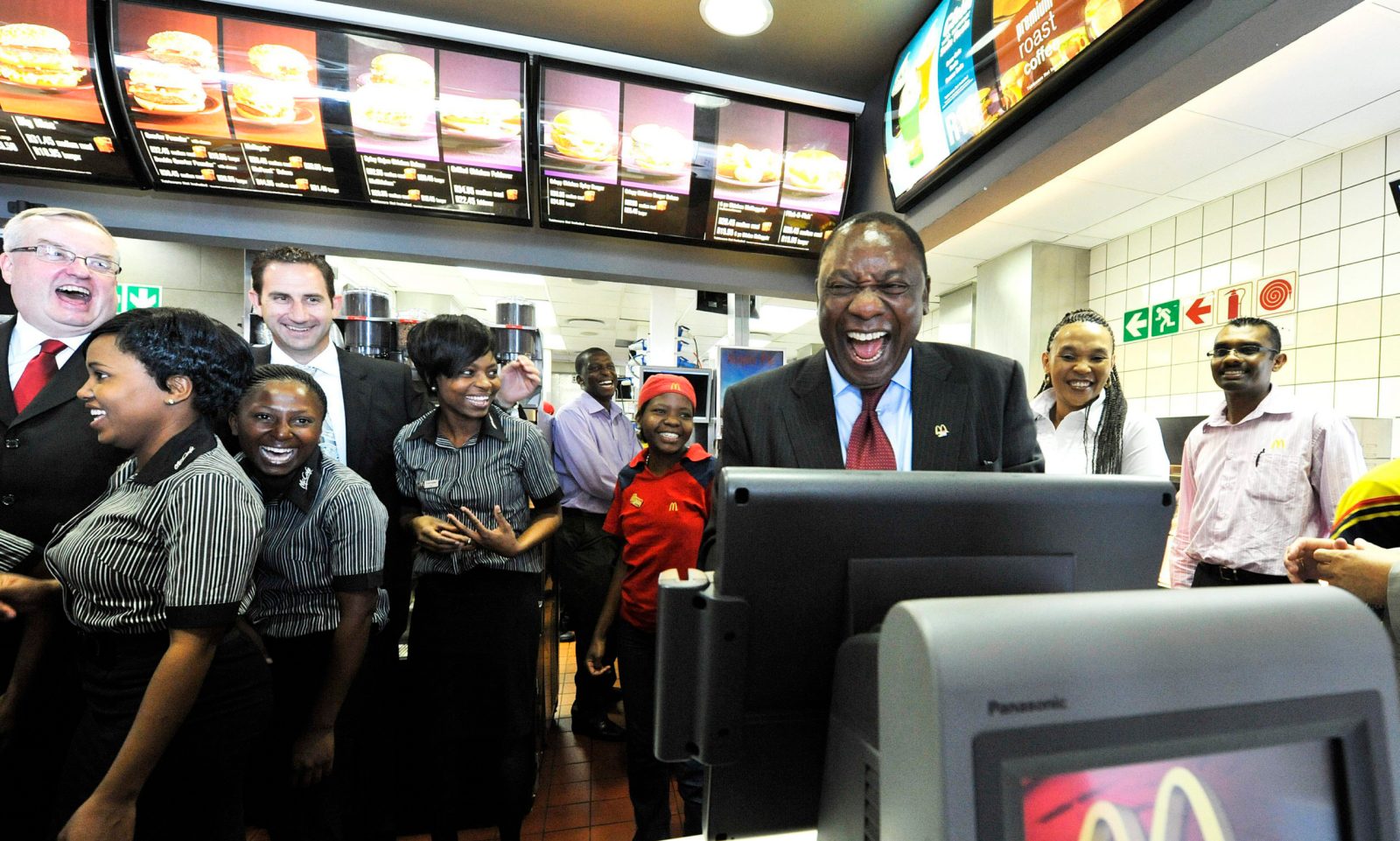 South Africa is blessed to be living under the warm glow of an empathetic president and her citizens would do best to stop complaining and work on developing an attitude of gratitude.

I trust this email finds you unbothered as usual.

I write to you today to express my immense gratitude for your decisive and empathetic leadership style. It was not so long ago that my fellow South Africans, vexatious lot that they are, accused your honourable person of being aloof, distant, and even out of touch. Hence, as one who has always believed in you, all the way back since your McDonald’s days and right through to your Sea Point promenade days, I was very excited to see that during Heritage month 2021, you picked a couple of teachable moments to lead by example, to show them your warm and gentle touch, demonstrate the true meaning of empathy and remind them of the ubuntu within: YouBuntu®.

They wanted to rob your former spokesperson, Khusela Diko, of her livelihood, just because of her failure to declare her interest in her late husband’s company, Royal Bhaca, which received R43-milion in PPE tenders, mid-plague. But you, in your wisdom and empathetic glow, you understood this for what it was, a minor admin mistake, and you gave her a written warning and a new job in public service. MyBuntu® bows before your elephantine presidential YouBuntu®.

Being a petty and punitive bunch of busybodies, my fellow South Africans missed the lessons in this teachable moment. Next, they targeted the good doctor Zweli Lawrence Mkhize. They took out their phones and tweeted — I suppose because it burns less calories than voting — demands for his head because he cared enough about his family and friends to ensure their financial well-being in an increasingly oppressive capitalist system. Evidently, this was the last straw on your presidential back; a simple letter from the presidency wouldn’t do. You emerged from behind your laptop, for this was a teachable moment that deserved to be addressed during that rarest of occasions, a sit-down interview with the president of the Republic.

In your finest ANC yellow golf shirt, with a notepad on your lap and ink pen in hand, iPad flipped face down, presumably as a symbolic rejection of distracting digital vibes; you gently reprimanded their characteristically South African petulance and reminded them to be grateful for Dr Mkhize’s superior contribution: “I’d like you to be considerate, because as much as he is implicated in the report, he has served the nation well.” Yes sir! Lead us Matamela! I’m no accountant, and I know it’s hard to put a value on these things, but if you say his service was worth about 150,000,000 of the people’s Randelas, split among his nearest and dearest, I for one will bow down to your superior accounting skills.

Lord knows the pandemic’s been tough on everyone. I do not begrudge Dr Mkhize for looking after the fam and his pals, nor do I begrudge said pals, specifically Digital Vibes’ Tahera Mather, whose dedication to mid-plague #selfcare required her to spend the taxpayer’s dosh on Smeg appliances, Gucci fits and a two-month getaway to Turkey, just as the third wave hit the country. Long-lasting YouBuntu® begins with SelfBuntu®.

“I think, much as we want to be gung-ho and send people to the gallows and all that,” you told us as you let out the gentle giggle of a loving father reprimanding a toddler as yet unfamiliar with the ways of the world, “we do need to also recognise some of the things they have done.” Bless your heart, and thank you for always being so patient with us. Forgive us for we watch far too much courtroom television entertainment, and some among us take that whole “all are equal before the law” thing far too literally. Personally, I think it would serve us better to watch vampire shows and familiarise ourselves with the concept of daywalkers, the rare breed of superior blood-sucking vampire that can walk out in the daylight without harm, never mind deeds done in the dark and the corpses they leave behind. In vampiric lore, these are beings to be revered, not punished at the whim of lesser beings.

If South Africans understood this concept, I suspect there would be far more empathy and respect for the legendary quality of daywalker among us. Here be Sis’ Busi Mkhwebane, who continues to be harassed for alleged perjury, as though she should openly share the secrets of her nocturnal kind. Here be the viral sensation and amateur filmmaker, Knowledge Malusi Nkanyezi Gigaba, who walks freely in the light of day, long after his nocturnal activities of nights past did their bit to ensure darker and longer nights at Transnet, Eskom, and SAA. I hope those who continue to question him find their YouBuntu®, acknowledge HisBuntu® and “be considerate… he has served the nation well.” Mkhize now joins this elite group of daywalkers.

Taking a leaf from your delightful storybook, as it were, I took out my gratitude journal last night and listed the reasons I am grateful for the good doctor. As you mentioned in your interview, he showed great leadership during the Aids denialism era, and more recently he was the “sole voice of the pandemic”. Thankfully, he wasn’t the sole looter of public funds; which I suppose is yet another reason to be grateful. I’m happy to report that the more I wrote, the greater MyBuntu® grew. My South African glass began to look a quarter full, rather than three-quarters empty.

This evening, I think I might list a few of the reasons I’m grateful for the daywalking likes of Fikile Mbalula and Bathabile Dlamini. I imagine that this attitude of gratitude will greatly improve my daily experience of being led by your government. #Blessed. Thank you for all that you teach us Mr President. Thank you for reminding us that even as they point to us and call us the most unequal society in the world, we are rich where it truly matters, YouBuntu®. And if I may quote that jingle from your former business associates, “I’m lovin’ it!”.

Please don’t think me too forward for suggesting this but, I really do hope that one day you’ll consider letting me write your official biography; I already have a couple of ideas for the title in mind. I’m thinking… “Cyril in Wonderland”? or maybe “Matamela the Benevolent”? I would love to know your thoughts.

P.S. Not sure if you got my last mail RE:Proposal for Parliamentary Oscars, as I never received a response. Of course, I understand you’re quite busy, Sir. So please see attached here if you have a moment.