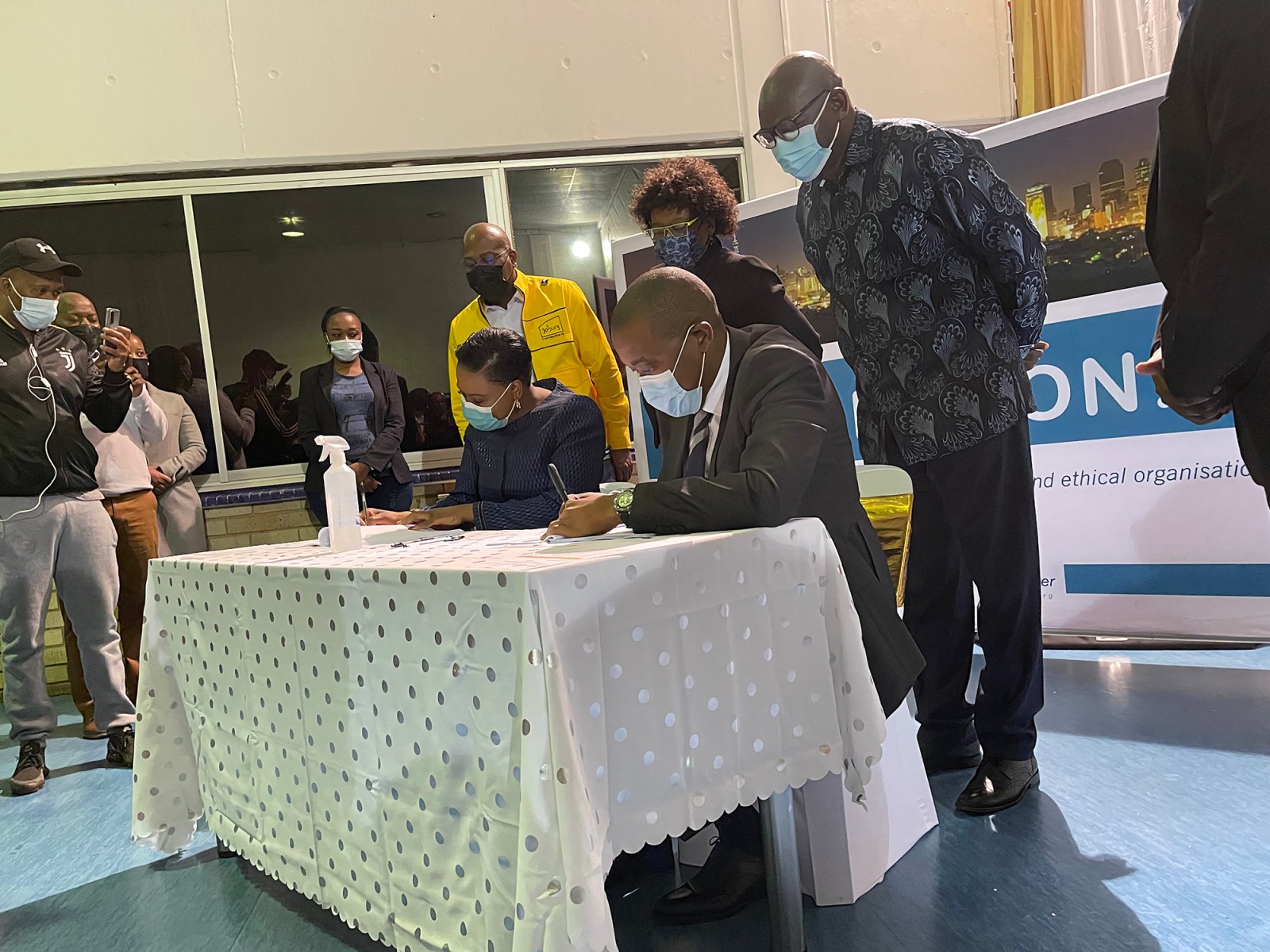 On Friday 8 October 2021, City Power and Kelvin Power held a briefing to showcase the signing of their new two-year contract to increase the capacity of power supply in the city of Johannesburg. This is part of new Mayor Mpho Moerane’s plan of ensuring City Power has a reliable supply of power in the process of migrating some areas in the City of Johannesburg currently supplied by Eskom.

“It is a great pleasure to proclaim that Kelvin Power Station is returning home… It is good to have them back where they belong at the centre of serving the people of Johannesburg”, said Mayor Mpho Moerane during his opening remarks at the sign off brief hosted on Friday.

According to Moerane, the signing of the new contract comes at an opportune time, as the prior contract expires next month.

Moerane says the agreement answers the question “where will the power come from?” — a query stemming from many consumers following last week’s announcement that certain areas of Johannesburg would migrate away from Eskom’s power supply.

“The agreement is to ensure continuity of a reliable power supply by the municipality. City Power was able to provide electricity even when Eskom had implemented load-shedding especially during stages one and two. It has thus become important for the City of Johannesburg, through our power utility City Power, to continue the business relationship with Kelvin Power Station,” says Moerane.

The new agreement means an additional 100 megawatts of power supply, which will be given to Johannesburg households and businesses. The agreement enables the city to facilitate City Power taking over areas whose electricity was previously supplied by Eskom, notably the communities of Soweto, Orange Farm, Finetown, Ivory Park and parts of Sandton.

Gauteng Premier David Makhura, who was also at the briefing, said: “Today marks a significant milestone in the history of Johannesburg, it is a major step towards the reliable supply of power to ease the concerns of the residents but also to boost the economy of the city that can’t thrive without an efficient supply of power. I am proud of the city and the efforts.”

Makhura further challenged Moerane with two more goals: to sort out the issue of roads and transport in the city and focussing attention on the Johannesburg economy.

Responding to a question of how the pending debt of R7.5-billion to Eskom by Soweto residents will be repaid, Moerane said the City of Johannesburg has signed a memorandum of understanding with Eskom to take over its consumer base on 1 October, a deal expected to cost the city at least R7-billion.

“This debt will be taken on by City Power, but part of the memorandum could entail a partial write-off,” said Moerane.

Following the briefing, Makhura and Moerane moved on to witness the loading of power transformers in Soweto and thereafter, their connection to the grid. DM